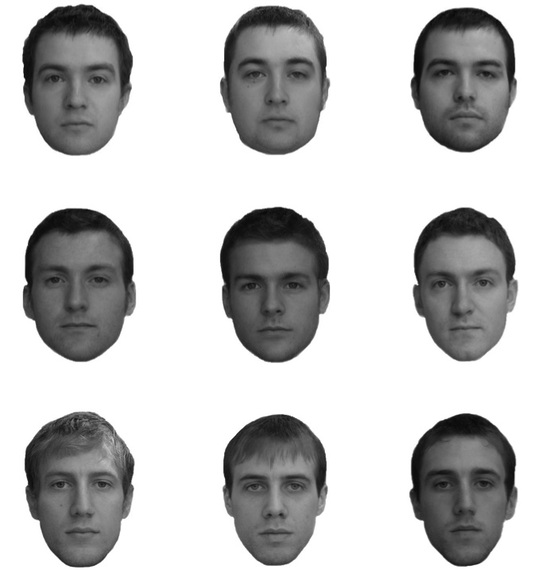 In February 2012, Florida neighborhood watch captain George Zimmerman shot and killed 17-year-old Trayvon Martin after calling 911 to report a "suspicious person" in his neighborhood. In November 2014, 12-year-old Tamir Rice was shot by a Cleveland police officer while playing in a public park with a toy gun. Nearly a year later, California resident Fay Wells published a piece in the Washington Post describing how she was confronted by at least 16 armed police officers because a neighbor thought she was breaking into her own apartment. Though these three incidents took place many months and thousands of miles apart, they share a vital commonality: Martin, Rice, and Wells were all black.

As a neuroscientist who wants to understand why people make the choices they do, the influence that race seemed to have on those policemen's decisions was of intense interest to me. My own personal experience also played a role. After I was mugged by four black teenagers, I discovered that I had become wary of all young black men I didn't personally know. Despite knowing consciously that those four individuals were the exception rather than the rule, I still find myself paying extra attention to people who look like them.

That led me to wonder whether such a tendency to generalize social information based on physical similarity might contribute to racial stereotyping. If it does, perhaps strategies could be developed to circumvent this undesirable but apparently automatic cognitive bias and keep racially charged incidents out of the headlines in 2016 and beyond.

Most racial prejudice manifests itself subtle ways. A 2010 experiment by the ABC television program "What Would You Do," for example, showed that bystanders confronted a bike thief much more aggressively when he was black than when he was white. More alarmingly, African Americans often receive less medical treatment than white patients, contributing to higher rates of disease mortality, and they are also far more likely to be stopped by police and arrested for marijuana possession than white individuals. Researchers in the fields of social psychology and neuroscience have long probed the roots of such biases in their experiments, but the fact that many people are not completely open about their prejudices has always complicated this research.

To solve this problem, Anthony Greenwald of the University of Washington and Mahzarin Banaji, then at Yale University, created the Implicit Association Test, or IAT. Rather than measure "explicit" attitudes that people know they have, this categorization test measures "implicit" attitudes that people are unaware they possess but still affect their behavior. In the racial attitudes IAT, for example, some parts of the experiment require participants to hit one button in response to both pleasant words and traditionally white names like "Harry" and another button when they see unpleasant words and traditionally black names like "Tyrone."

Continued research using the IAT has confirmed the presence of many attitudes and stereotypes commonly found in American culture, such as positive preferences for young people compared to the elderly, strong associations of men with science and women with the liberal arts, and negative biases towards African Americans. Surprisingly, even black individuals show this subconscious prejudice against members of their own race, though the bias is weaker than in white individuals. In addition, evidence suggests these sorts of unconscious attitudes contribute to real-world decisions, such as differences in the treatments physicians prescribe to black and white patients. But the question remains: Why is it that even those who have a clear incentive to reject stereotypes still appear to subconsciously harbor such beliefs?

The Influence of Physical Traits

One cognitive bias that might be at play in stereotyping is the assumption that people who look alike also act alike. Alexander Todorov of Princeton University has spent his career studying how people judge others' personalities merely by examining their faces. His research shows that these judgments have a significant influence on everyday situations from criminal sentencing to hiring decisions to political elections, despite the fact that they are largely subconscious and automatic, taking only a tenth of a second and occurring even when social judgments aren't necessary.

Researchers have linked these rapid face-based assumptions about personality to a part of the brain called the amygdala that is more active when people look at a face that is less trustworthy-looking, even when they are not consciously aware of the face or asked to make any kind of social judgment. Moreover, amygdala damage alters face-based judgments of trustworthiness. Finally, the amygdala is more active when people view unfamiliar black faces compared to unfamiliar white faces, and this difference is more pronounced in individuals who show larger negative biases toward black individuals on the racial attitudes IAT.

Interestingly, numerous studies have shown that face-based social judgments are profoundly affected by the physical similarity between individuals. A 2010 study by Todorov and colleagues, for example, showed that learning about a person's past bad behavior causes people to rate similar-looking individuals as less trustworthy. Studies from other groups have found that people also show preferences for faces that resemble their own or those of their significant others.

Inspired by this work, I am currently exploring whether stereotyping stems, at least in part, from this tendency to extrapolate personality traits based on physical commonalities. For my experiments, I created three groups of nine white, male faces where the faces in each group are more similar to one another than to the faces in the other two groups. The research subjects play a computer game during which they interact with three people from each group and learn that those from Group 1 are trustworthy, those from Group 3 are untrustworthy, and those from Group 2 are wild cards.

My currently unpublished, non-peer-reviewed data show that that this learning affects how people subsequently judge the trustworthiness of the other six faces from each group. Specifically, the never-before-seen faces from Group 1 are perceived to be more trustworthy than those from Group 3, and this effect reverses when the social traits of Groups 1 and 3 are switched during the initial learning phase. The data seem to suggest that the people completing the experiment are stereotyping the members of these groups based on their experience with just a few members of each group

If this propensity to generalize social traits based on physical features really does contribute to stereotyping, it's possible that exposure to examples that contradict common stereotypes may lessen prejudice by weakening the perceived link between looks and personality. Encouragingly, multiple studies suggest that interacting with, observing, or even just imagining people who defy stereotypes diminishes implicit biases like those revealed by the IAT. Perhaps educational programs featuring similar tasks might help doctors, police officers, and the public overcome their subconscious prejudices and shrink the racial and gender disparities that plague our society.

However, more research is necessary to learn what kinds of interventions are most effective and whether they can induce persistent changes in discriminatory attitudes and behaviors.
--
Brandon Levy is a member of the Cognitive Neuroscience Society and is a Post-Baccalaureate Intramural Research Training Awardee in the lab of Christopher Baker at the NIH's National Institute of Mental Health. He received his B.S. in Neuroscience from Duke University and plans to pursue a career in science communications.

This work was not written as part of Brandon Levy's official duties as a Government employee. The views expressed in this column do not necessarily represent the views of the NIMH, NIH, HHS, or the United States Government.