There are so many allegations of racism hurling about in the media these days, it is hard to decipher who is a racist and who is not. Minorities accuse white people of racism. White people accuse minorities of racism. Just who is the racist?

The most disturbing trend in the "who's the racist" debate is the attachment of the label to minorities speaking out against racial discrimination or actively advocating for equal opportunity for all. While historically reserved for those who the believe that members their race possess characteristics or abilities that make the race superior to another race, "racism" has now expanded to describe those who believe that any race should be treated fairly. Racists are racist! Protestors are racist! The President is racist! Even Beyonce is racist! So what is a racist, really?

By definition, racism includes prejudice, discrimination, or antagonism directed against someone of a different race based on the belief that one's own race is superior. At first glance, you may ask, "Well, why wouldn't I believe my race is superior?" Who doesn't want to be the best? But true racism takes this belief to the extreme and manifests in bigoted actions directed against another race with malice or the intent to suppress and oppress through harmful actions, policies, laws, and treatment.

Social Identity is "good prejudice." Social researchers, Taljfel & Turner, identified the social identity theory which assumes that individuals are motivated to positively distinguish their social identities from others. Our social identity gives us a sense of who we are based on the group we belong to -race, social class, family, gender, etc. These groups critically influence our self-esteem and sense of belonging in the social world. Likewise, our self-image is enhanced when the status of our group is high or enhanced. Groups are by design relative to other groups and to a great degree exclusive. Everybody can't be in the group. Inevitably, you're either in the group or out of it.

Under the social identity theory, the ingroup will discriminate against the outgroup in order to enhance their self-image by finding negative images of the outgroup--prejudice. In the extreme, this results in socially harmful stereotypes and prejudices--racism and sexism. "Good" ingroup favoritism causes members of the group to favor the behavior, attitudes, and preference or perception of the ingroup. Then there is further social categorizations and biases within groups. Intergroup behavior is influenced by conflict, competition, cooperation, the nature of personal interaction within and between groups, the relative power of the ingroup and outgroup, the position of individuals in groups, their personalities and other pertinent factors. Accordingly, discriminatory behavior can occur within a group as well.

Ironically, Taljfel et al. found that ingroup preference can work against the group as much or more than it works against the outgroup. The tendency to favor the ingroup can be so powerful that ingroup bias dominates actions, attitudes, and behavior even when the benefit to all members are impossible. Winning for the group can be a higher priority than avoiding detriment to individuals in the group or to the group as a whole. Individuals in the group avoid reason, ignore facts, and remain dogmatically committed to a position that is counterintuitive, destructive, and goes against their own self-interest for the sake of preserving the status of group. The fight becomes personal rather than purposeful. The focus is on being right rather than on what is right. Logic is lost to the desire to be victorious.

Rival team fans may be integrated in the stands or they may be segregated by team lines.

They may jeer each other in jest or they may taunt each other with insults. They may even start a fight in the stands or in the parking lot after the game or start a riot, excuse me, become unruly fans after the championships. At some point, the rivalry can turn to malice and the good of the game is lost!

Just like the football game can't be won or lost unless it is played, disparity or inequity among races can be resolved there is dialogue about the disparity or inequity. Race relations can sometimes be ugly, but race relations won't improve when they are hidden behind the cosmetic veneer of political correctness, deception, malice, and despotism.

Social identity boils down to rooting for your team to win and being a good sport when your team loses because you know that you're still in the game. Racism is poisoning your rival's iconic tree and ruining the game for everyone.

Stephanie Barnes Taylor is the CEO of The Fruition Group, LLC. A former corporate attorney and executive, Stephanie works with women to help them find their inner leader through her transformational coaching program, Fabulous University--where women learn to lead with brilliance! Stephanie helps women to have a fabulous career, business, and life! Being fabulous is to live and lead boldly, brilliantly, and vividly, She received her law degree from Harvard Law School and is a doctoral candidate in Organizational Leadership at The Chicago School of Professional Psychology. Stephanie is a published author and certified professional coach. 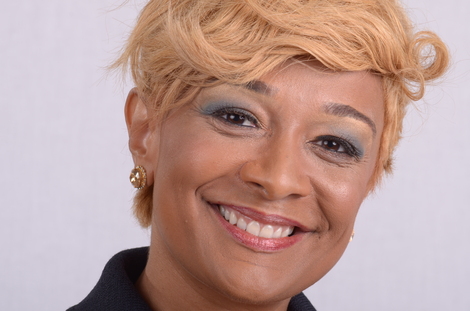