Filmed in and around Seattle, The Long Night is a gripping and honest account of addiction, sex work, and the lives of a survivor and her family. Viewers also get to know the police who are trying to change the system, and a young woman who can't break free of the life. 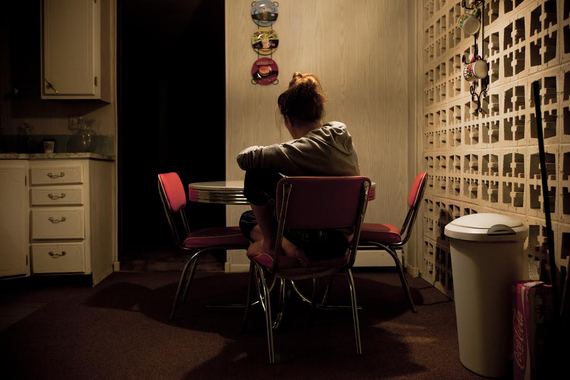 I had a chance to preview the film a couple of months ago and was really moved by the story and the characters that I saw. The film premiered to the public Monday and is available to watch online for free this week only.

As a viewer, you ride along with the father of Natalie, who roamed the night away in his car on a regular basis, trying to find her. We then meet Natalie, who explains why she ran away, what drew her to her pimp, and how she broke free of that world. In a parallel storyline, Lisa, 19, uses heroin in front of the camera and shares her story. Lisa wasn't able to leave the life.

In the fall of 2012, Tim won the Alexia Foundation's Women's Initiative Grant and began to document this story that he had been researching for years.

He has extensive experience documenting sexual violence and human trafficking in Southeast Asia and elsewhere, so this wasn't a new topic for him. But, it was obviously a difficult world to access.

Tim later paired with MediaStorm to create a multimedia piece, which blossomed into a feature-length documentary film called The Long Night.

Now that the film is complete, it's impressive to see that Tim is not stopping where most journalists would. With the film's release, he is now to complete an engagement project supported by a grant from The Fledgling Fund by creating "Leaving the Life."

Leaving the Life uses storytelling to create a broader audience outreach and to engage viewers with specific action items. Tim's also partnering with A Fourth Act, to work with local policy makers and actual front-line stakeholders.

Be sure to make time to watch this film and visit the links below.