As a teenager at a summer acting school, Devin Alexander developed her first serious crush. The boy liked her, too, even saying that she would be the prettiest girl in camp... if she were thin.

The words hurt because she knew she needed to lose weight. At 15, she weighed 200 pounds.

The problem was somewhat self-inflicted. As much as Devin loved acting, even dreaming of making a career out of it, cooking was part of her heritage and had become her specialty. She was so good at it that she made most meals for her entire family. That meant she also frequently made her favorites: pastas and brownies.

Realizing she needed to slim down, Devin tried every diet imaginable, though never very long. They left her hungry and sad, unable to resist the lure of a box of peanut brittle stashed under her bed.

Then came the day she was perusing the cookbook section at a bookstore and discovered something akin to a light bulb going off over her head. Instead of cutting beloved dishes from her diet, she could make healthier versions of them.

The line that resonated was the notion of cutting 100 calories per day from her diet. Quick math made that light bulb burn brighter.

Devin already knew that cutting 3,500 calories sheds a pound. So cutting 36,500 calories (100 calories a day for an entire year) could shed more than 10 pounds without any other changes.

Over about five years of trial and error, Devin experimented to create recipes that were both healthy and delicious. 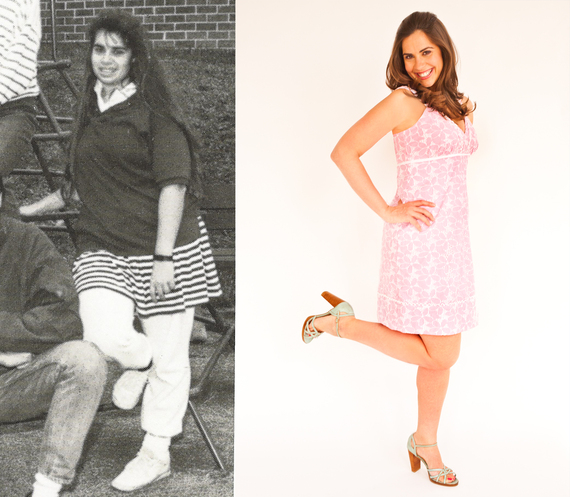 Along the way, she turned around her body -- instead of gaining 15 pounds a year, she began losing that much and more. Once she'd dropped 70 pounds, the goal became maintaining it, which she's done for 20 years.

Something else changed along the way. Her dream of an acting career morphed into a dream of becoming a scriptwriter, and it began to take root. She was recruited to Los Angeles by the Television Academy for a script she'd written in college. To help meet more people, she volunteered at charity events doing what she knew best -- cooking. Soon, some celebrities figured out that she could cook healthy food that actually tasted great. Suddenly, Devin was on a new career path.

Perhaps you've seen Devin in her many appearances all over television, including a long-running partnership with "The Biggest Loser." She's written eight best-selling cookbooks; has her own restaurant, Devinly Decadence, on a Royal Caribbean cruise liner, with more coming; and, as a weight-loss coach has helped people shed thousands of pounds, with including individual losses of 220, 170 and 140 pounds. She's also a wonderful volunteer for the American Heart Association.

With March being National Nutrition Month, I'm excited to turn this spot over to her for some smart, practical advice on how to make healthy, delicious meals a routine part of your life. 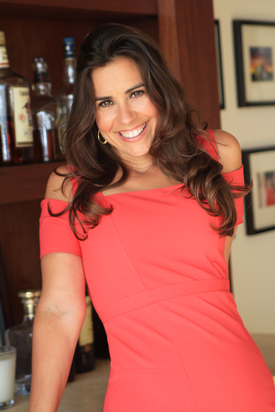 Grab a pad of paper or launch a favorite note-taking app on your phone.

If you are serious about improving your diet, this is where it starts. For the next three days, write down everything you put in your mouth. EVERYTHING. That means full meals, of course, as well as snacks, sips of water and pieces of gum.

The next step is evaluating it. We'll put everything into categories such as "necessary in my diet," "not necessary but I never want to give it up" and "stuff that I don't know why I'm eating."

These categories are important because they provide the framework for change.

Getting rid of what you don't need to eat -- what's known as mindless eating -- is a great first step. Trust me, after three days of writing down every morsel, you're already going to be mindful of what you eat. And the satisfaction of saying no to a few mindless munchies will help build that resolve.

The next category to address are the treats -- the things that may not fit into the four main food groups, but are atop your favorites list. Good news: They get to stay!

Again, it's about being mindful. Let me use myself as an example.

I love, love, love a sweet treat in the hours between dinner and bedtime. So I make it part of my daily calorie budget. I save room for a few, and pick the yummy-but-relatively-healthy kind that add up to maybe 200 calories.

Knowing those brownies are waiting for me helps get me through my day. They become my reward, and I know I deserve them. They taste even sweeter that way.

Then there's the list of dietary staples -- the things necessary in your diet. These are ripe for evaluation, too.

If you're a pizza lover, what specifically do you love -- the crust? Pepperoni? Gooey cheese? Whatever it is, we can find a satisfying way to replace it. For instance, if the cheese sensation is your real craving, you can melt a piece of string cheese and pour some sauce on it. You'll get your fix for 70 calories or less.

How about Buffalo wings? Since most people aren't dying to gnaw on a bone, the taste sensation is probably the sauce. So put your favorite taste on skinless strips of chicken breast. And bake them instead of frying.

Is Grandma's meatloaf a weekly tradition? OK, but don't just substitute turkey for pork -- if you do that, you'll end up hating turkey meatloaf. Lean cuts of meat need added flavor AND texture. So hunt down a favorite healthy chef's recipe for turkey meatloaf and make that, or use it as a guideline to make your own.

Here's another twist on this concept.

A friend of mine was frustrated that she was working out constantly and trying to eat right, but the pounds weren't coming off. So I had her do a three-day food journal. She was making good choices, like a cup of granola every morning. But the brand she was using had 700 calories in a cup. She switched to a crunchy cereal that was high in fiber with 200 calories per cup and, with literally no other changes, finally began dropping weight. That tweak alone was worth nearly a pound per week!

Hopefully you are trying to lose only a fraction of that. My point is, the steps are the same.

Avoid extremes. Make small changes you'll actually stick with over time -- like being mindful of every bite.

Find the happy in it. Make it a game. Get a friend to do it with you.

Bust the myth that healthy food doesn't taste good. Recipes are there if you look; I offer some on my website, and the American Heart Association has plenty on its site.

Maybe you won't lose a lot of weight in a short period of time, but that's OK. If you're losing a little that means you're not gaining any. And you'll probably be enjoying yourself rather than starving yourself.