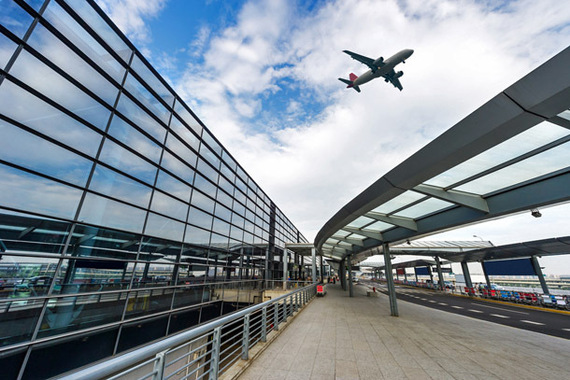 Always know your plane. The type of aircraft on which you're flying can have a big effect on the quality of your trip.

The most important time to "get to know your plane" is when you're selecting a flight and buying a ticket. Most airlines, OTAs, and search engines show you the plane type during the search phase, although you may have to click on a "details" button for more information. And most airlines and OTAs give you a seat selection option before you make a final commitment to pay.

Although some important factors, like noise or smoothness, are inherent to the plane model itself, others depend on how each airline outfits its planes. Similarly, some choice factors apply to all classes of service; others are specific to each class.
Noise

Takeoffs can be noisy in much of the plane, but once you're at cruising altitude, the noise in most of the plane results from turbulent airflow around the cabin -- not the engines. (But to the extent that engine noise is a problem, newer engines are quieter than older engines.) Jet-noise problems are most severe in planes with rear-mounted engines, where noise in the last few rows can be truly offensive, but rear seats in planes with wing-mounted engines area typically the noisiest. And propeller noise and vibration in turboprops can be really annoying, anywhere in the plane.

In general, the bigger the plane, the less bumpy the trip. Jumbo jets are like big cruise ships: relatively smooth even in rough air.

The latest generation of jets—the 787 and soon-to-come A350—provides lower cabin altitudes and higher humidity than older models. You'll notice the difference after a long flight.

Related: What Not to Wear in the Airport Security Line

Each airline decides how much front-to-rear space, or seat pitch, to provide, regardless of the plane model; that can vary from a generous 33-34 inch pitch on JetBlue to a very tight 28-inch pitch on Spirit. The standard on most other mainline planes is 30-32 inches; regionals can be a tad tighter.

The industry likes to call this "legroom," but many travelers suffer more from tight seating at the working level, where the seat in front is too close to allow them to read a tablet or Kindle or work on a laptop. Most economy seats recline only a few inches, and a few airlines provide no recline at all—an advantage when rows are closely spaced.

It's important to note that there are airline-to-airline differences in the number of seats per row, and therefore width, on two wide-body planes:

Overhead bin space is a potential factor that would be useful to know in advance: It varies mainly by plane model, but occasionally by airline as well. Unfortunately, we know of no online source of detailed data on bin design and space. In general, however, newer plane models have larger bins.

Related: 10 Tricks for Sleeping Well on a Plane

Many travelers want to be able to keep their electronic devices fully charges. Some mostly newer planes provide standard plug AC power at some seats and a few provide low-voltage DC through either a USB connection or an automobile-type socket. You'll have to contact your airline for this information.

Onboard Wi-Fi is steadily becoming more important, and, fortunately, airlines are installing it in more planes, and providers are offering better bandwidth. Alaska, Delta, JetBlue, and Virgin America are close to having fleet-wide Wi-Fi. Although some comparison websites reveal which airline/plane combinations offer Wi-Fi, they do not differentiate between limited and wide-bandwidth.

Airlines based in North America, other than Air Canada, offer what we call a "semi-premium" option: three to five inches of extra pitch, but with the same narrow side-to-side spacing as regular economy. Some airlines add minor improvements in cabin service and meals; others do not.

International long-haul business class and first class have become unbelievably opulent these days, with lots of flight attendants, elaborate meal services, fussy wine lists, entertainment options, and, in first class, enclosed suites. Most seats convert to flat for overnight flights: The main differences are: whether the seat is "angle flat," with the footrest tucked under the seat in front, or fully horizontal flat bed, and whether each seat has direct aisle access. Different airlines use differing approaches to layout: Some seats fly backward, while some seats are arranged in a diagonal herringbone pattern. These days, flat bed is becoming the competitive norm—Delta, for example, is 100 percent flat bed.

Most short-haul business class, or first class in the U.S. and Canada, features much wider seats than in economy, better cabin service, meals, and usually "free" checked baggage and other services that require payment in economy. According to industry lore, very few U.S. and Canadian travelers actually pay for first class seats; those seats go mostly to high-level frequent flyers.

Your main worry is paying a fortune for a "business class" seat on a red-eye flight that does not lie flat at all. You find this on a few airlines, including Copa, Icelandair and most of the long-haul low-fare airlines based in Europe.

You can find most of the airplane details—literally "the skinny" when it comes to economy seats—on several online sources. The most complete coverage is on our sister site SeatGuru, which shows seat plans, dimensions, in-flight entertainment, power availability, Wi-Fi availability, and seat recline; it also highlights "bad" seats. If SeatGuru lists any airline you're considering, you need go no further.
Other online seat sources, SeatExpert, SeatMaestro, and SeatPlans provide less information on each plane; they're useful only for obscure foreign lines that SeatGuru does not cover. If you're interested in the more technical stuff, most airlines post more than you need to know online in the "our fleet" parts of their websites.

Read the original story: You Should Always Know the Kind of Plane You're on -- Here's Why by Ed Perkins, who is a regular contributor to SmarterTravel.