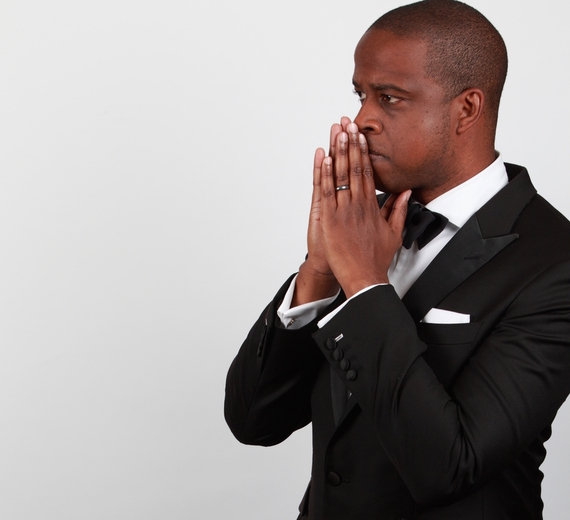 In my early 20s, before I was cast on 30 Rock and while I was still trying to find my way as an actor, I attempted a very odd social experiment:

I would often walk into audition rooms using an English accent. I'd introduce myself and engage in light pre-audition conversations with a standard upper-class British dialect. I would then launch into the scene with my regular speaking voice, and after the scene was over, I'd return to the British for my salutations.

The truth of the matter was this: I did it because I was frustrated. Being smart, black, young and American had become a liability. People seemed to think I was some kind of walking oxymoron. I was often asked to be more "urban," and it never seemed like the right time or place to launch into a diatribe about how I was born in West Philadelphia and I already sound like a real urban person. Pretending to be British just made life easier.

In fairness, black British actors are generally rather talented. And stylish. And handsome. So so handsome. So who WOULDN'T want to be like them?

But it seemed to me at the time that some people would be more comfortable hiring a foreigner - someone far removed from our current racial and political quagmire - than hiring someone who lived next door but had an entirely different background.

I think it's because we are uncomfortable with what we don't understand. And when we get uncomfortable, weird things start to happen...

All of my black friends have been told at some point or another during their lifetime that they "talk white." I've been told it so many times, I've lost count. In some perverse way, though, I believe it's said as a way to come to an understanding: the person who says it doesn't know many different types of black people. Black people are generally seen as uneducated thugs. I do not appear to be an uneducated thug. Therefore, I must talk white.

It may not be pretty, but there's a level of trying to expose a preconceived notion there that shouldn't be ignored. So since statements like that come from a... lets call it an innocent place (as opposed to coming from a hateful place), it has become clear to me that it is important to not disengage.

Don't' get me wrong, a person who is being discriminated against doesn't have a responsibility to educate or inform their discriminator (it is never the job of the oppressed to stop their own oppression), but I suggest that we merely can't disconnect from the event; for disconnection breeds further ignorance.

When I was told I talked white, my natural instinct was to get offended, think the racial divide was hopeless, and then passive aggressively speak in a British accent. What I've come to understand, however, is that in these moments, revealing more about myself is exactly what's needed.

My response to being told I "talk white" has now become a non-confrontational, genuine question: "How do you think black people are supposed to talk? Because for me, every black person I've ever known talks like I do." This is either met with defensiveness or apologies or a genuine desire to understand the bias - but it is always met with some form of engagement. I try to treat it as an open door to a further dialogue. Some people walk through that door, some people don't. But through it all, I get to remain steadfastly myself.

I don't see that response as being more tolerant in the face of racial bias. It's not about taking the high road. I see it as avoiding a diversion from the road I've already chosen. It's about not getting angry or frustrated in the presence of prejudice; but more about being open and forthright.

I simply speak my truth. No matter if someone wants to hear it or not.

Maybe it won't solve anything. Maybe it will encourage more discrimination thrown my way. Or maybe it will even preclude me from being seen for certain jobs. But it at least makes me happy and healthy in all of my interactions.

By the time I auditioned for 30 Rock, I had already shed the British accent and begun to act as myself in the audition room. I'd like to think that speaking my truth allowed the producers to see something right for the character in me. After all, that's what artists are asked to do - speak honestly through their work.

It gave me the courage and confidence to tell my own story, and to show a black experience outside of stereotypes.

It's now my daily mission. I hope people listen. I hope it will lead to a fuller understanding of who I am. And I hope it allows people who are completely different from me to identify with the roles I play because they recognize truths beyond my skin color.

In episode 4 of my web series Keith Broke His Leg, I portray an instance when I'm asked to act stereotypically "urban." It's my personal favorite of the episodes because I largely make a fool out of myself:

PHOTO GALLERY
Are we being taught to be afraid of African American men?
Download
Calling all HuffPost superfans!
Sign up for membership to become a founding member and help shape HuffPost's next chapter
Join HuffPost

'You Talk White:' Being Black and Articulate
Are we being taught to be afraid of African American men? 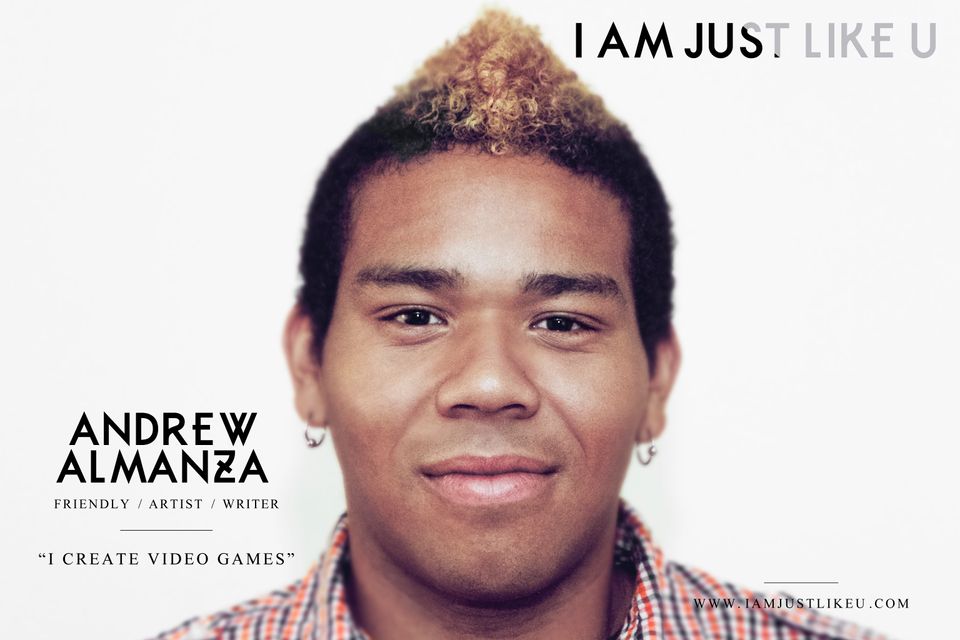