In honor of Black History Month, theDiverse Elders Coalition is featuring stories relevant to black aging during February. A new story will be shared every Wednesday, with additional posts shared throughout the month. Be sure to visit diverseelders.org regularly during the month of February.

My father is my source of strength and love. He is an Afro-Latino older adult and much of the reason why I became an aging advocate. He supported me as a gay boy finding my way in a, sometimes, intolerant world and now he is aging in a society where we don’t often take into account the unique challenges faced by diverse older adults.

As an aging advocate, I know the power that stories have and the change they can affect when they are shared. Last year, I shared my father’s story to highlight the economic insecurities faced by many diverse elders.

Today, in honor of Black History Month, I want to put a spotlight on the lives of our black elders -- those whose shoulders we stand on and to whom we owe much. Below are some lessons I’ve learned from black elders along the way.

Stories are best when shared, so read below and share with the world.

1.Homophobia and the prevalence of “machismo” attitudes are huge issues in the black community. 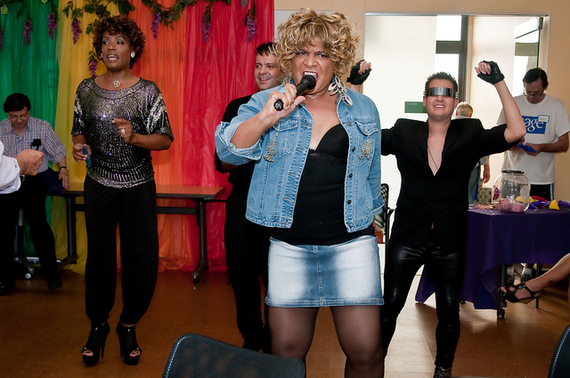 This one is personal to me. From 2011-2012, I was the outreach coordinator for SAGE Harlem, a program that impacted numerous LGBT older adults of color, with more than half of the participants self-identifying as black. One of the most critical issues raised by older black LGBT community members was the need for safer spaces. Freddie Wright, a 69-year-old SAGE Harlem participant told me, “Sometimes when I walk down the street, I’ll hear someone yell ‘faggot’ and I know it’s directed at me. I try to walk a little faster and get myself as far away as possible.” He elaborated, “Being older, it’s even worse. People see you as an easy target, like you can’t defend yourself because maybe you use a cane and walk a little slower or trust too easily.”

The good news is that safe spaces can be created, and are being created by black elders themselves. Learn how they are doing it in Harlem.

2. You need to know who Edna and her mother Sally are and how integrated care changed their lives and the lessons that can foster change in our health care system. 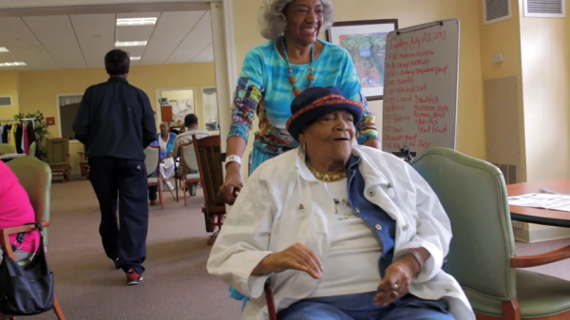 The fall of 2013, I was giving a talk in Kansas City about why the Affordable Care Act (known as Obamacare to some) matters to diverse elders and sharing what can be done on the state level to help older adults locally. Also presenting was Robert Restuccia, Executive Director of Community Catalyst -- an organization with a bold promise: quality affordable health care for all. The story and video he shared that day was one of the most powerful I’ve seen.

It highlighted the challenges of our current health care system for dual eligibles (those eligible for both Medicare and Medicaid) and how integrated care has changed the lives of one older adult and her daughter. The video tells the story of Edna Jones-Stroud and her mother, Sally Green. Edna and Sally’s story represents the promise of the kind of health system transformation that is possible through the dual eligible demonstration projects. Watch it.

3. Heart disease is the number one killer of women in the United States and is more prevalent among black women than white women. 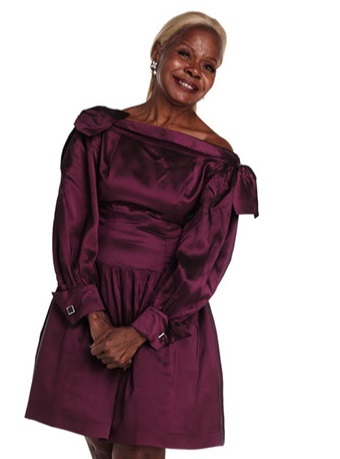 In 2012, I met a kind and vibrant older woman by the name of Frances Gordon, a health fanatic, who prides herself on doing Zumba, lifting weights and eating well. And all at age 72! One night, Ms. Gordon began to overheat during a workout and had to be rushed to the emergency room. She was shocked to discover that she suffered a stroke (an element of cardiovascular disease). This experience forever changed Ms. Gordon’s life. Listen to her tell it. 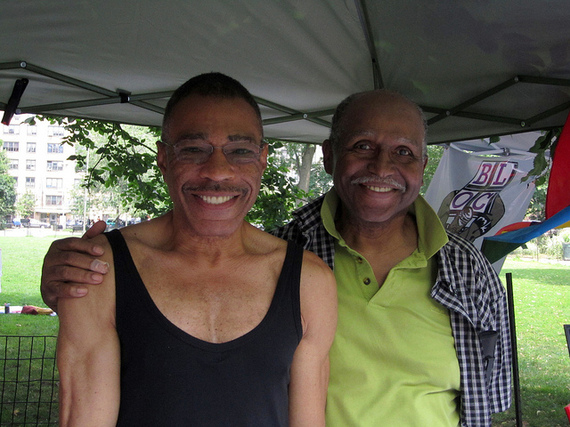 In the LGBT aging world, Ty Martin is somewhat of a celebrity. He’s the star of the critically acclaimed documentary, “Before You Know It,” a story of three gay elders who navigate the adventures, challenges and surprises of life and love in their golden years.

To me, Ty is both a mentor and friend. I met him when working at SAGE Harlem, where he ran an HIV/AIDs support group for older gay men. As Ty tells it, “I grew up during the civil rights movement, seeing powerful black activists around me fight for our civil rights as a people. I also grew up during the Stonewall Riots, feeling the hostility society harbored toward LGBT people. And I grew up during a time when I lost many loved ones due to HIV/AIDS, a disease that was viewed by the world as a critical epidemic.” And his story doesn’t end there. 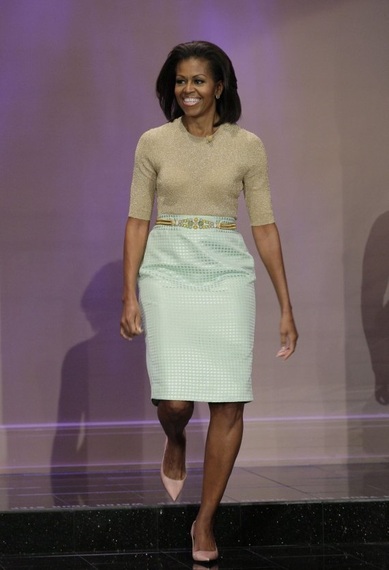 (Photo by NBC via Getty Images)

This one is obligatory. Michelle Obama recently turned 50, bringing national attention to older Americans and showing that life sometimes just gets better as you age. She was quoted as saying: "I have never felt more confident in myself, more clear on who I am as a woman.”