Young & Entrepreneurial is a series of articles where I've decided to interview and write about young individuals disrupting the world. By sharing the stories of these individuals, I hope to inspire youth from all over the world to follow their passions, to take the road less traveled and to disrupt the status quo. This is the 21st post in the Young & Entrepreneurial Series. To read previous features and to stay up to date with future features, like our Facebook page here.

Over 2 months ago, Young & Entrepreneurial featured Akshay Oberai, the founder and CEO of Tip'd Off (You can read the feature here). Two weeks ago, Akshay Oberai contacted us with some good news: Tip'd Off had just been acquired.

We caught up with Akshay on what he learned from his Tip'd Off journey, from the day he started it to the day it got acquired. While admittedly, it was a very hard decision for Akshay and his cofounders to sell Tip'd Off. They just couldn't let go of this opportunity of a successful exit, with their investors and employees in mind as well.

Tip'd Off ended up raising a total of $1.35 million throughout the process, with the first $350k coming from family and friends, who weren't actual angel investors. Akshay shared, "I wanted everyone to be happy with what we were doing. It's not about the money; it's about being successful and having a good track record."

1. Gather a great team together 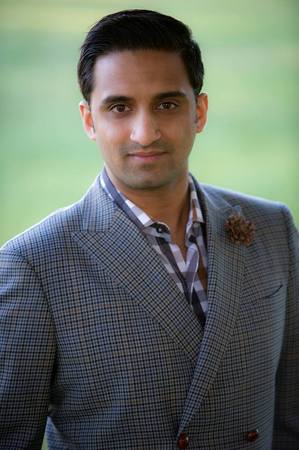 One of the first steps that Akshay took was to gather a great team. He emphasized the importance of looking for cofounders who had different skillsets that complemented his. He shared how Ankush Saxena was the technical cofounder and Rahul Sethuram was the cofounder who was both good in tech and business. He shared, "I didn't just get every single one of my friends on board. I really looked at all the skills everyone brought to the table."

2. Stay humble and grounded no matter what

While after the acquisition, a lot of Akshay's friends were very inquisitive about how he started and how much the deal was, Akshay's mom sat him down and told him, "You better stay grounded and down to earth."

Akshay told us, "You're always lucky no matter how you work. You can't just lie down in bed all day and expect to have good luck. You have to be willing to put in the hours and work and work as hard as possible. A little bit of luck always has to do with it."

He also shared, "This company wouldn't have been possible if I hadn't run into Ankush in a bar. If I never reconnected with Ankush, we would've never worked together." Finally, Akshay is a big believer that "everything is pre-written but it's up to you how the story ends."

4. Never take no for an answer

The most successful people have been told that they're crazy and that their idea would never work. Akshay shared his father's story of how he started his first company, which offered a semi-conductor failure analysis software. People said that it was stupid and asked him why would he create it. Now, it's an industry standard. Akshay said, "You have to convince people that they need what you created."

5. Shoot for the moon but know that it's okay to land in the stars

Akshay also shared how this same saying helped his team evaluate their exit. He told us, "We had good user metrics so I had to ask myself if this is the right move. It was a great move based on where we were because it was only a year and a half."

6. Don't rush into the market, do your research and listen to feedback

Understand the space that you're in. Research your competitors, test their products and know how you can improve your solution. Akshay shared, "A lot of people want to rush to market but we took our time. We just kept getting feedback from our beta users and improving our product." When someone would tell Akshay they didn't like the Tip'd Off concept, he would ask them 'why' then go back to the drawing board.

7. Don't start a company for the sake of starting a company

Akshay shared how companies are started when founders come across a problem that they want to solve and have an innovative solution to solve it. He gave the example of how Uber started because the founders were in Paris, stuck in the road, trying to find a cab while it was raining.

For Tip'd Off, Akshay had brought up the idea to Rahul because it was a problem he faced himself as a beginner investor, while Rahul was the experienced investor people asked advice from.

8. Surround yourself with people smarter and more experienced than you

Throughout the interview, Akshay emphasized the importance of surrounding yourself with people who believe in you but at the same time aren't afraid to tell you that you're wrong. He also shared how valuable his advisors were to the success of Tip'd Off. He said, "I was talking to them every week. I was always going to them asking them what we should be doing differently. I wanted people who challenged me and challenged my ideas."

Taking these lessons, Akshay has now hopped on board to help out a stealth startup that he deems to be doing something very exciting. He also shared how he looks to be more active in Angel List and hopes to be able to mentor young entrepreneurs and share the lessons he has learned from his entrepreneurial experiences. His final message? "Stick around with people who believe in your dreams because they understand that you're capable of going after those dreams." 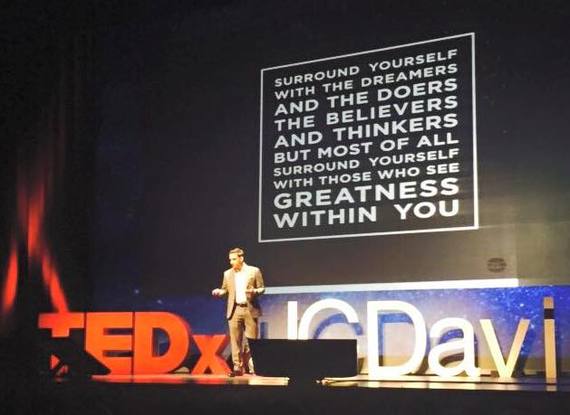 David Ongchoco is a student entrepreneur and avid storyteller from the Philippines studying at the University of Pennsylvania majoring in what he likes to call, LIFE. He is currently working on expanding his nonprofit organization YouthHack. It's David's goal to make an impact in the lives of as many people possible while constantly learning new things every single day. David can be reached at david@youthhack.net.