These young individuals use their entrepreneurial mindset to get things done. These people strive to find ways to change the current equilibrium. By sharing the stories of these individuals, I hope to inspire youth from all over the world to follow their passions, to take the road less travelled and to disrupt the status quo. This is the 11th post in the Young and Entrepreneurial Series. To read previous features and to stay up to date with future features, like our Facebook page here.

I got the opportunity to judge the final round and hear the pitches of Derek Rucki, Alex MacLean, Scott Mungia, Gilang Hardian, Kevin Ng and Steinar Henskes-the top 6 student entrepreneurs representing Canada, Mexico, Indonesia, Singapore and Netherlands. I was blown away as every finalist started his or her pitches by sharing their entrepreneurship journey. 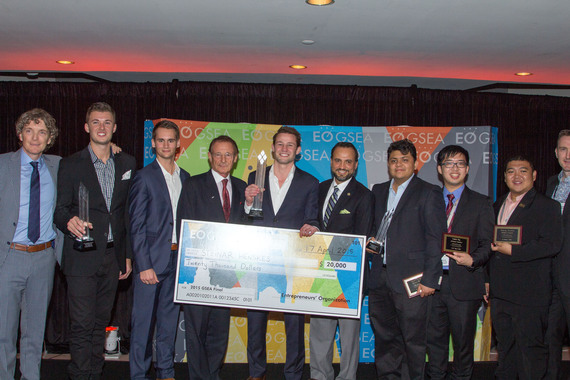 The Top 6 Finalists for the 2015 GSEA Finals

Current GSEA Global Chairman Blair Assaly shared with me, "I'm humbled by the stories, the drive, the passion. I'm inspired by the next generation. It's great to know that even when the cycle of life goes and we move on, we have this funnel of brilliant and innovative young men and women from all over the world."

It didn't matter where they came from or how they got into entrepreneurship, for these finalists, all that mattered was that they had this opportunity to pitch in front of some of the most accomplished entrepreneurs in the world, while also standing side by side with peers who understand the joys and sorrows of being a student entrepreneur.

As I asked every finalist what their favorite memory of GSEA, I got a common answer, "The forum," which was the part where the student entrepreneurs got to see what the other finalists from the 37 represented countries were working on. 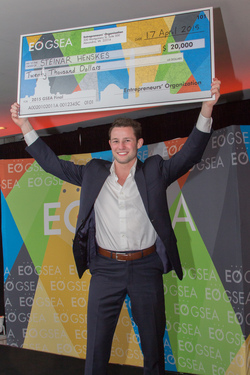 He shared, "My advice to students is to just do it. Start. Even if it fails, you will learn a lot. Moreover, when you start it, you should definitely find mentors, coaches and people who have been there before."

It was the combination of Steiner's fascination for lasers and a group of amazing mentors and coaches that helped him turn his business Bird Control Group into a million dollar one. Bird Control Group has developed laser systems to keep birds at a safe distance and has major clients like Shell, Total and ExxonMobil. The World Wide Life Fund has also recognized them for providing a safe and effective solution for the industry.

Singaporean Finalist and Hyron InfoTech CEO Kevin Ng explained, "It's really inspiring to see my peers put in so much into their businesses. It was great seeing so many different kinds of useful solutions from all over the world. It was like a melting pot of people who could learn from each other."

He added, "You always have to be learning. You really have to have the intellectual humility. When you think you know something, you're probably wrong. But once you find the facts from other people, you really gain insight on how other people act and think. You learn from other people's mistakes as well." 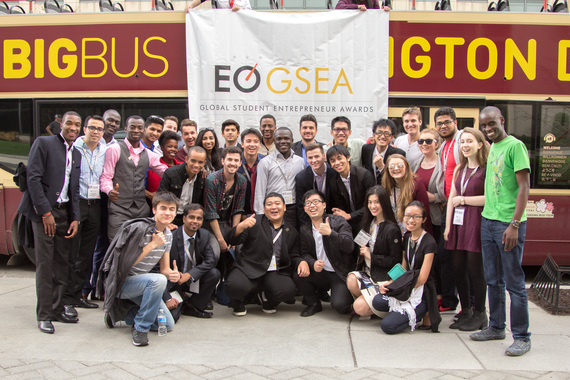 For GSEA Global Finals First Runner-up Alex MacLean, it all started with an $800 loan he borrowed from his dad for an idea he had from an entrepreneurship class he was taking. He would use that $800 to buy a few hoodies, sell-out, buy more then reinvest and repeat. Today, East Coast Lifestyle is carried in 72 malls in Canada, and is trademarked in Canada, USA, Japan and Australia. Currently, over 60 NHL Players, major actors and celebrities support the brand, including the likes of Sidney Crosby and Nathan MacKinnon.

Alex shared, "It's a really good feeling to see something that didn't exist and start from nothing then take it across the world." He added, "Connections are key. We've worked with artists like Woo Tang, Ed Sheeran, Classified. It's really about getting to know that person and making them happy and giving them a win-win."

For Indonesian Finalist and Anajidan Helmet CEO Gilang Hardian, everything started with an accident that broke his helmet. This led him to find a way to restore his helmet because he didn't want to pay. This was the start of his helmet business. With the help of online platforms, Gilang was able to grow his helmet business into a profitable one and eventually get sued by Harley Davidson USA for copyright infringement.

After a public apology, the charges were settled. And guess what? Today, Harley Davidson Indonesia currently uses Anajidan Hlemet as their official helmet. Gilang shared, "One obstacle is not a sign of failure. One obstacle won't make me retreat but it will get me one step closer to success." 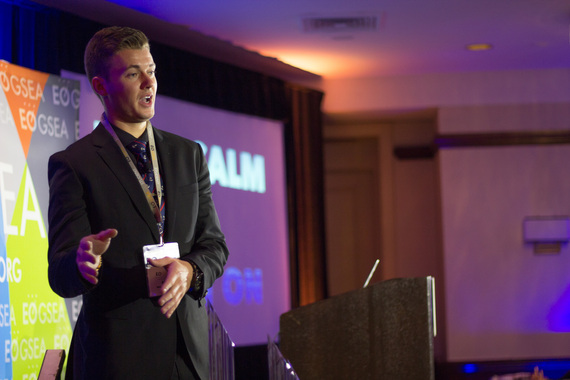 'The Apple for Golf'

For Canadian Finalist and TLink CEO Derek Rucki, who was a top 10 junior golfer in Canada, it's his goal to turn his business into the Apple for all things tech for golf. He explained, "A few years ago, the biggest innovations came from big companies like Apple, Microsoft and Google. However, today, the most disruptive companies are coming from companies that didn't exist two years ago. That's because we're in this exponential scale of innovation that big companies that have roots in the ground can't quite keep up."

Derek's company TLink is the world's first smartphone operated GPS Gold watch, and is also the world's only fully customizable GPS wearable. They're currently partnered with The Golf Tank for immediate distribution through corporate sales.

It has definitely been an adventure for Scott who started out as a chemical engineer but saw the potential in using avocado seeds as material for bioplastic. His company BioFase was recently named Top 5 BioPlastic Innovations in the world and had the president of Mexico inaugurate their second plant.

He added, "You will fail at times but just do it because I believe that no entrepreneur fails. They just quit before they can find real success. Many entrepreneurs I know are successful entrepreneurs because they were there long enough to find their success." 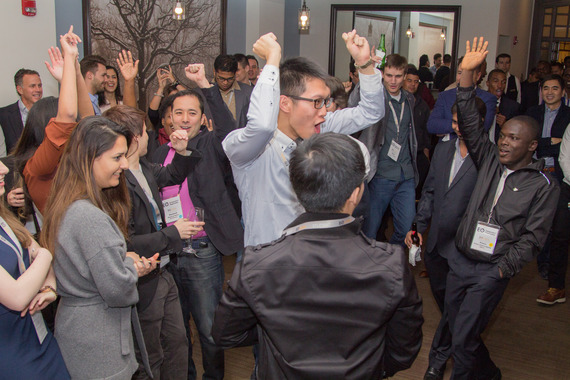 The finalists having some fun after the competition

The Future of EO and the EO Instimacy

Entrepreneurhsip Orgainzation (EO) has over 90 staff members and over 300 member leaders and volunteers scattered throughout the world. With over 11,000 members all over the world, EO provides a truly peer to peer entrepreneurial network, where you can find someone in every country who you can instantly become friends with.

Incoming EO Chairman Gilberto Crombe shared, "You go around the world and there's always a friend. We call it instimacy, which means instantly you have an intimacy with another entrepreneur and without any self-interest, you just share with each other, become friends and learn from each other."

He added, "GSEA is our flag into collaborating with the next generation of entrepreneurship. For us, it's connecting and working together with students universities, media and the government. We want to turn EO into this global nonprofit platform that provides job creation through entrepreneurship." 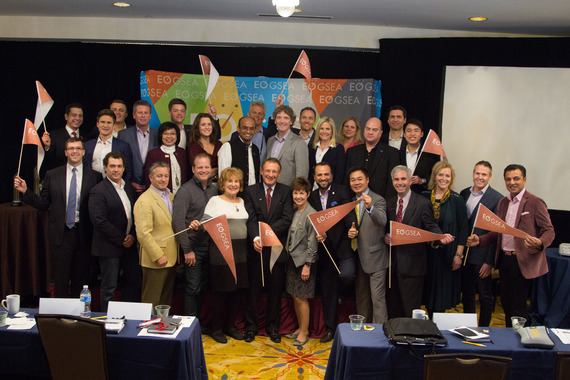 The Final Round Judges for the 2015 GSEA Finals

*This is the 11th post in the Young and Entrepreneurial Series. To read previous features and to stay up to date with future features, like our Facebook page here.