These young individuals use their entrepreneurial mindset to get things done. These people strive to find ways to change the current equilibrium. By sharing the stories of these individuals, I hope to inspire youth from all over the world to follow their passions, to take the road less traveled and to disrupt the status quo.

I've featured two people so far in my "Young and Entrepreneurial" Series (Stay up to date by liking the Official Facebook Page here). The first person was Penn Alumnus Jon Youshaei, a Google Associate Product Marketing Manager, writer and intrapreneur (read the feature here). And the second was Drexel Alumnus Skyler Logsdon, who is now a business development and partnerships associate of ZIRX (read the feature here).

At the end of my interview with Logsdon, he recommended that I interview Nick Pirollo next, the guy who developed the application for his college startup MyKlips. Given that this wasn't the first time that I had heard of Nick, I knew that he had to be the next guy I would feature on this series. The first time I heard about him? From Christopher Gray, the founder of recent Shark Tank hit Scholly. 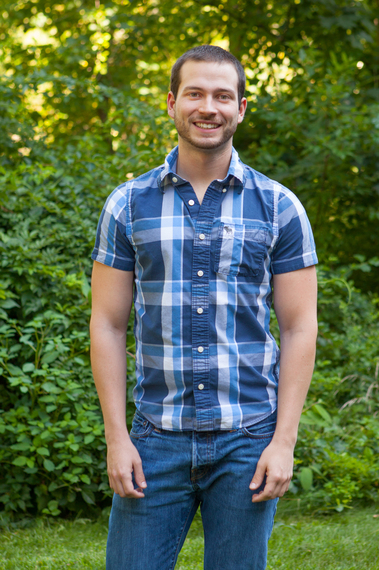 Twenty-four year old Nick Pirollo is a serial developer of applications for startups and young technology entrepreneur. He has experienced his fair share of success and failures. He is the man behind Drexel University's HealthierU app, MyKlips, WHIMS, TagItBest and of course, his biggest success to date, the number one paid application on both Android and IOS, Scholly. Hand in hand with being the CTO of Scholly, Pirollo is also the Principal Architect for Cimpress and VP of Engineering for Antengo (you can see more of his portfolio here).

Pirollo was introduced to programming at a very early age by his dad who had worked as a software engineer. At 11 years old, Pirollo started working on mini projects and creating his own simple computer games, and he has never looked back since then. At Drexel University, Pirollo would pursue an electrical and computer engineering degree, while working on multiple side projects as an intern for different startups.

Pirollo advises students to start interning starting freshman year. He recalls scheduling his classes so that he would have close to three days free every week to work on different projects or intern at a startup.

"Put yourself out there. If you have an idea or if you have a skillset to help someone else's idea like I did, you just have to go out there and network. I didn't have the idea but I had the skillset to help make Christopher's idea come to life. Go to hackathons, be active in your local startup community, intern early on, apply your skills and learn what's going on in the industry."

It was also through Drexel's Co-op program that Pirollo was first able to get involved with actual projects. He worked as an intern at L-3 Communications for more than 3 years while he was at Drexel, scheduling his classes in a way that he could work at least 3 days a week. It was during this stint that he realized that he was more passionate about software development than hardware development. The son of his boss at L-3 would later on connect him to Cimpress where he currently works.

During his senior year at Drexel, Pirollo decided to work on his own startup called TagItBest, a hashtag optimizer that helps people get their content in front of the most people. Christopher Gray who was a partner at the newly founded Dorm Room Fund (DRF) at that time reached out to Pirollo to pitch TagItBest to the DRF team. After Pirollo's pitch, Gray pulled him to the side and told him, "They like your idea, and we'll probably give you money but if you accept the offer, you won't be able to work with me on my startup." Gray then followed up with his pitch for Scholly.

Pirollo was able to relate to Gray's story of having to find alternative ways to fund college and decided to jump on board and help Gray turn Scholly into a reality. He expounded, "It's the human interest story of Scholly that has made it so widely successful. Even on Shark Tank, investor Daymond John identified with Scholly because he went through a similar experience as Gray growing up in Queens. I had college loans as well and that is what got me on board in the first place because I could see the problem and relate to Christopher's vision."

Pirollo shares why he loves working for tech startups: "There's a thrill to doing something new that hasn't been done before. Startups provide excitement. They give you an opportunity to try new things, fail fast and learn from your mistakes."

For him, he loves how the companies he works with helps him solve interesting problems that impact the lives of millions of people. He gives Cimpress as an example of how he gets to be part of a company that serves more than 16 million people a year, helping them design their business cards and their marketing materials. He also gives Scholly as an example, where they're helping hundreds of thousands of students gain access to scholarships. 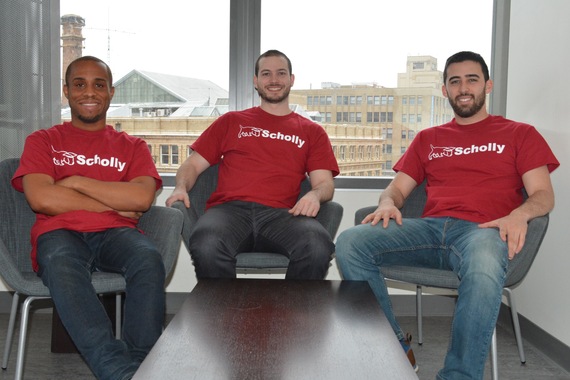 Pirollo with the rest of the Scholly team (Photo taken from Pirollo, Credit: Atef Crownz)

"You have to put yourself out there."

Pirollo shares some of the lessons he has learned, "Everything you do doesn't have to be a success. You just have to put yourself out there and give it your best." He emphasized that you have to understand that, "When you join something that you're interested in, you don't always get a hit, you won't always succeed. Sometimes, there is going to be something better than your product but always give what you're working on as much as yourself as you can. If you believe in it, most of the time, this will be conveyed to others. Then they will get behind you."

Pirollo also believes the computer science will become even more powerful as it continues to evolve. He gives an example of his brother studying actuarial science, and how he's taking a programming class right now to help him write scripts to automate certain processes. "Almost everything done today is on computers. There's always a way to make things better through computes now. The applications are everywhere. It can make everyone's jobs easier," Pirollo shared.

With his involvement with Cimpress, Scholly and Antego, Pirollo is always on his toes. His usual day starts with him getting up at 5 am to go to the gym before going to work at Cimpress for the day. He then heads home during the night and works on his standing desk to stay awake. "I just stand up and get into the zone and pick what task I have to complete."

He added, "I found that going to the gym in the morning really wakes you up for the day. I get there groggy with my 5am coffee and by the time I'm done, I'm just ready for the day. When you're working on things you're passionate and excited about, it isn't as hard as it sounds to sleep 5 hours a day and get all these done."

Pirollo wants to continue being part of the forefront of technological advancements, and be able to use these same technologies to disrupt industries. He expounds, "My midterm goal is to follow the market and follow the field of computer science and see where it goes. I want to help as many startups as possible build their minimum viable products. I want to see where Scholly will take us and if Cimpress can evolve to an even bigger company. Even startups like Antego are so exciting. It's just a really great time to be in technology and you can find plenty of things to be part of."

David Ongchoco is a student entrepreneur, avid storyteller and crazy hustler from the Philippines studying at the University of Pennsylvania majoring in what he likes to call, LIFE. He is currently working on expanding his organization YouthHack and social impact startup ThirdEye. It's David's goal to make an impact in the lives of as many people possible while constantly learning new things every single day. If you have any interesting stories, feel free to email him at david.ongchoco@gmail.com