Dancer Concrete Design has grown revenues by 70% a year for the last four years through an aggressive focus on positively touching the lives of everyone.

When his first try at the concrete business failed to scale in the recession, Nick Dancer took a job as a manager at Target in 2010 and 2011 - and he ran CounterCrete, his custom-countertop installation business in Ft. Wayne, Indiana, on the side. Eventually, he discovered that installing concrete floors for mostly B2B customers would leave him less dependent on economic fluctuations. He started Dancer Concrete Design, a new business that did just that, in 2010.

From the start Dancer, 29, wanted the company not just to succeed, but to improve the lives of everyone in its orbit, from employees to vendors and customers. "In running our business, or any business, there are tons of opportunities to interact with people and touch someone's life," Dancer says.

Intrigued by Whole Foods CEO John Mackey's conscious capitalism movement, Dancer aims to achieve a "core purpose beyond profit" and interprets that idea through the lens of his own Christian values. An avid reader--something I've found most successful CEOs have in common--Dancer continues to draw inspiration from books like The Open Organization by Red Hat CEO Jim Whitehurst, Uncontainable by Container Store chairman and co-founder Kip Tindell, and Start Something That Matters by TOMS shoes founder Blake Mycoskie.

And Dancer also wants to scale his company, based in Ft. Wayne, Indiana. So far, he's off to a promising start. In each of the past four years, top line revenue at the 15-person company has grown by 70%--which, granted, is easier in a firm where revenues are still on the smaller side--but nevertheless is still impressive. His profitable firm hit nearly $1 million in 2015, putting him close to the top 5% of all U.S. companies, according to the U.S. Census Bureau. He aims to grow the company to $1.6 million in revenue this year.

Customized coaching
To hit that mark, Dancer is now focusing on putting the right systems in place. Although the company is still small, the CEO has already created a strategic plan and started setting quarterly goals - routines he picked up when his father-in-law, who runs a small cabinet business, gave him a copy of my book Scaling Up: Rockefeller Habits 2.0, for Christmas in 2014.

Dancer signed up for a local workshop on the Scaling Up system for growing a company and soon began getting coaching from Gazelles Certified International Coach Will Ditzler.

"I think he's going to have a multimillion dollar business within a few years," says Ditzler. "He's motivated. I'm going to grow with him and help him while he's in the early growth stages."

Streamlined core values
One of the first tasks the pair tackled was paring down Dancer's 20 core values to those that would really matter to the company's scaleup. They arrived at six.

One value that is particularly important to Dancer is "Do it for God's glory." Dancer believes that businesses have powerful leverage to positively touch the lives of the people they interact with and he wants his team to look for opportunities to do that whenever they can.

"We can do that in a lot of ways," says Dancer. "Some of it is by being polite and kind. Job sites can be a pretty gruff atmosphere." The company also tries to spread motivating messages via trucks painted with the slogan "Do more. Be more" and T-shirts that express one of the firm's core values: "Never ever quit."

"We're hoping that if someone sees it, it's a sign for them to step up to a challenge they may be facing," says Dancer.

Clear KPIs
Once Dancer and his coach completed the core values, they moved on to the company's One Page Strategic Plan. As Dancer Concrete Design focused on strategy, they put into place key performance indicators (KPIs) for the team and created a KPI scorecard.

One important KPI is keeping the rate of "call-backs" by customers who are not satisfied by some aspect of a job to less than 1%. This number is effectively a quality score. In January, this number was 2.37%. By February, the company lowered it to .70%. Members of Dancer's crew, such as the project manager and an employee on his field team, are accountable for keeping this score low and clients happy.

"This kind of quality score is very aggressive for a contractor because our work is done on a construction site with various other trades and in a much more dynamic environment than, say, a manufacturing plant where many variables can be controlled," Dancer says.

Mastering the checklist
To execute his strategy, Dancer put into place quarterly goals. This quarter, for instance, after reading Atul Gawande's book The Checklist Manifesto, Dancer is developing a checklist system for closing out jobs. By making sure, for instance, that a team member walks the floor with a customer before leaving a job, the company reduces call backs for small touchups--and improves the chances that a satisfied customer will return.

With the right disciplines in place at his firm, Dancer is confident that his company will grow to the size it is meant to be.

"We work really hard as a team and then let the rest happen," says Dancer. "As a Christian man, I believe God has a plan and am here to work his plan."

Ditzler has no doubt that growth is in that plan--and is confident Dancer can execute it. "He's a very driven guy," says Ditzler. 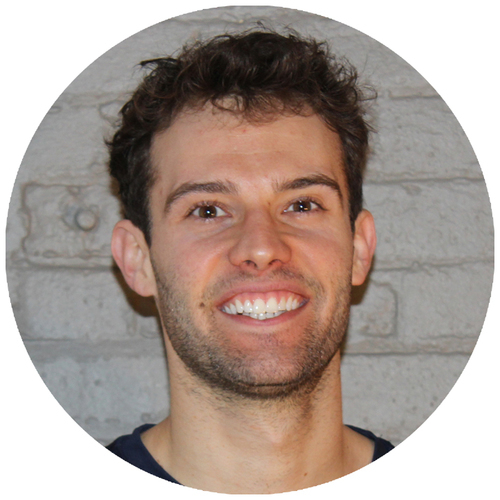