Last week Young Concert Artists (YCA) held its annual Gala Concert at Alice Tully Hall with the Orchestra of St. Luke's, presenting the Lincoln Center debuts of three young soloists to a sold out house. The event began with a welcome by the distinguished pianist Emanuel Ax, a proud YCA alum and continued with a tribute to renowned tenor Robert White. 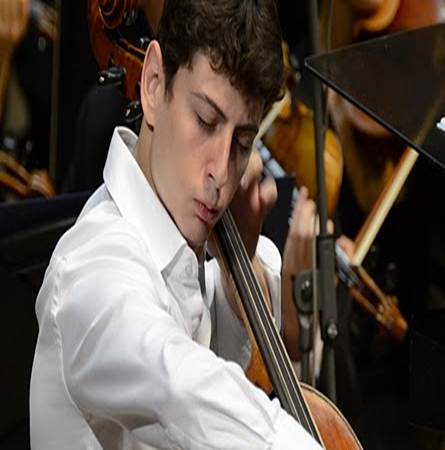 Then came the first soloist, Gold Medal Winner of the 2011 Tchaikovsky International Competition in Moscow, the Armenian cellist Narek Hakhnazaryan, with an intense and soulful performance of Elgar's Concerto. His impassioned cello sound sailed over the orchestra in lyrical sections and his virtuosity in the Scherzo of the work was dazzling. He received a rousing ovation. 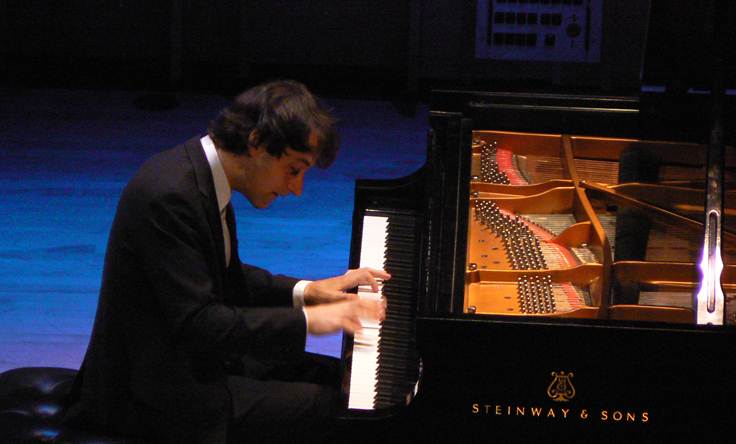 The orchestra, dynamically led by conductor Jorge Mester, then supported Israeli pianist Ran Dank in the Prokofiev Concerto No. 2 -- a rarely performed work of fiendish difficulty. Dank powerfully pulled off the piece's fireworks, glissandos, racing notes, crossed hands and keyboard leaps with perfect accuracy and seeming ease, and played the work's melancholy melodies with a singing piano tone. His mastery received another ovation from the audience.

After intermission, Young Concert Artists, the gold-standard non-profit that has started the careers of many renowned classical musicians, showed that it could "push the envelope" by presenting Tchaikovsky's beloved Violin Concerto performed by Hahn-Bin. 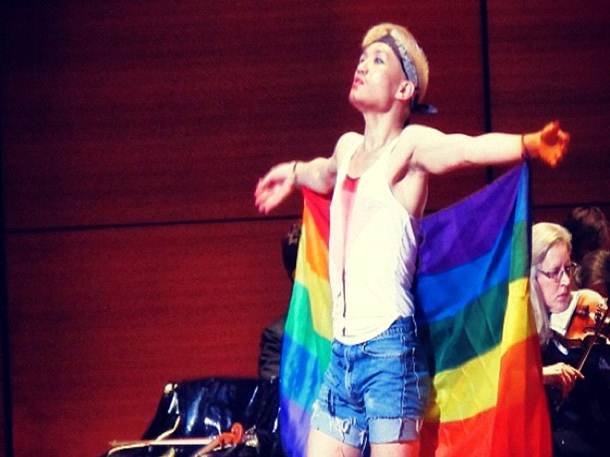 Hahn-Bin appeared on stage wrapped in an American flag as he has just filed his application to become a U.S. citizen, later switching to the Gay Pride flag.

Hahn-Bin is a violinist of exceptional brilliance and heart-wrenching emotionalism that carried the familiar score to its heights. But in addition, Hahn-Bin brought his stunning "performance art" to the stage, wrapped for his entrance in an American flag which he dropped to the floor, showing his garb of all-denim shorts and vest, black hiking shoes and platinum hair.

As he played, he proceeded to walk around and through the orchestra, sit in a chair, kneel on the floor, and ultimately, climb a set of stairs for the triumphant end of the work. The response of the sophisticated audience to this Itzhak Perlman-trained prodigy as he combined all-American and gay imagery to Tchaikovsky's Violin Concerto was amazing. He was given a screaming, standing ovation. 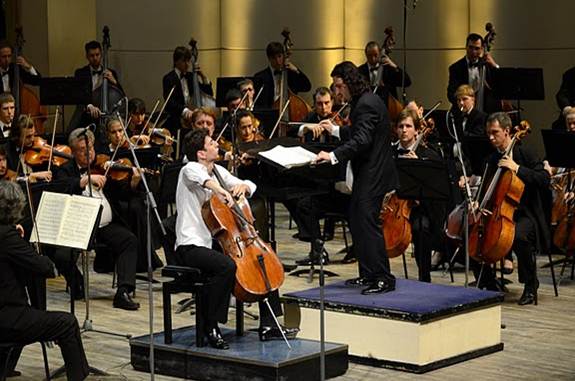 Guest of Honor was the renowned tenor Robert White is one of the most cherished figures in the music world. His career -- which began when he was seven and continues vibrantly to this day - started in radio where he performed with such luminaries as Fred Allen, Frank Sinatra and Bob Hope. 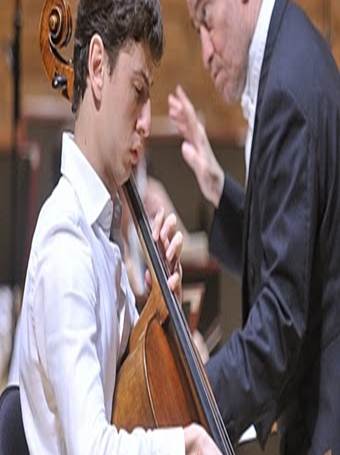 Robert White has appeared with the New York Philharmonic under Leonard Bernstein, and has sung for six U. S. Presidents - Truman, Kennedy, Carter, Reagan, Ford and Clinton. His varied discography includes recordings with Yo-Yo Ma, Placido Domingo, Marilyn Horne, Samuel Sanders and Stephen Hough; "Favorite Irish songs of Princess Grace" with the Monte Carlo Philharmonic; and Handel Arias with the City of London Baroque Sinfonia. His latest CD includes Songs of World War II with William Bolcom and Joan Morris. A member of the faculty of the Juilliard School and the Doctoral program at CUNY, Robert White is a devoted mentor to young singers. 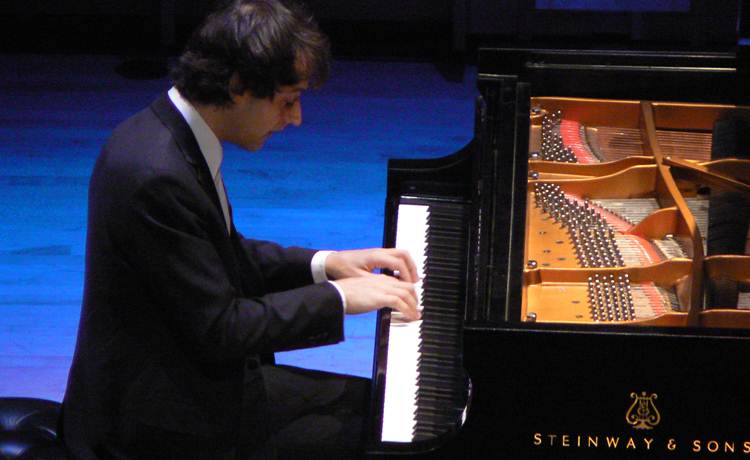 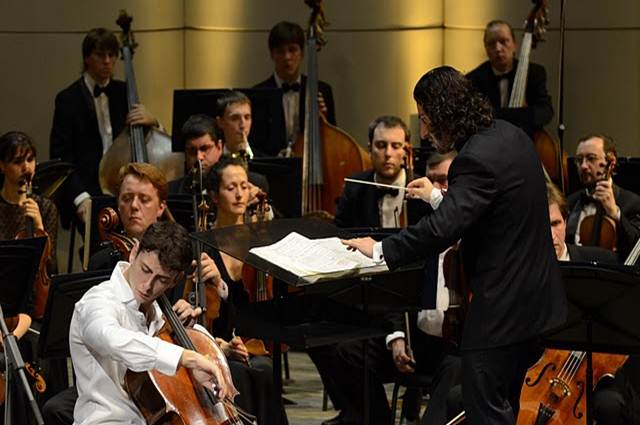 YCA artists - on all instruments and voice - are chosen through the annual Young Concert Artists International Auditions. The Winners' prizes are manifold. As members of Young Concert Artists, each receives all management services which bring concert engagements throughout the U.S, and each winner is presented in New York, Washington and Boston debut concerts. Through YCA's Annaliese Soros Educational Residency Program, YCA artists also perform for and interact with thousands of students nationwide. 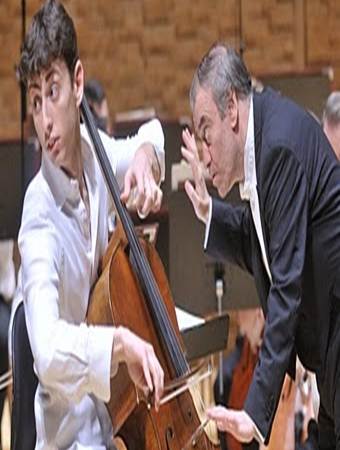 Attending Young Concert Artists performances, each under the guidance of the five-decade long leadership of Susan Wadsworth, is a highpoint of my life in New York City. All three artists last week were of the highest caliber and this annual event is one not to be missed. Sign up for their mailing list (link) and see what everyone is talking about yourself! 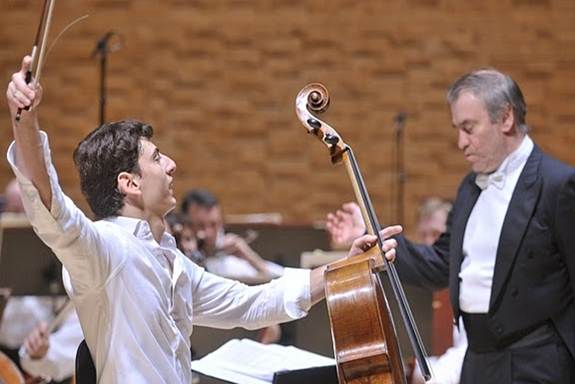 Young Concert Artists, Inc. is a nonprofit organization whose artistic mission is supported by music-loving individuals, foundations, and government agencies: the National Endowment for the Arts, the New York State Council on the Arts, and the New York City Department of Cultural Affairs.