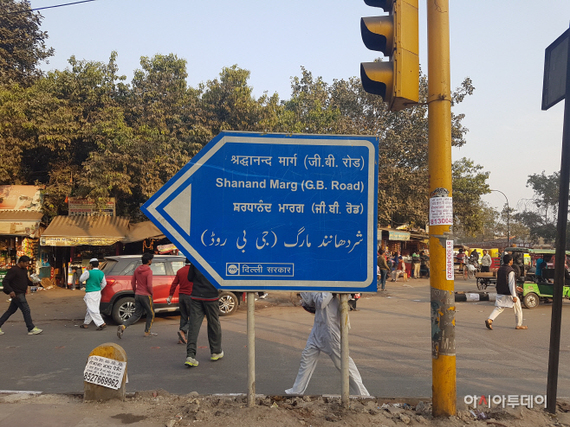 I met an auto rickshaw wallah, driver of an auto rickshaw, at the New Delhi train station. When I asked him to take a ride to G.B Road, he refused saying, "It's not a place for foreigners." After several refusals, I decided to take a walk to the place. Whenever I asked passengers for directions, they looked at me oddly as if thinking, 'Why on earth are you going there?'

I was able to see a road sign 10 minutes after I started walking from the New Delhi train station. It was G.B Road, the biggest red light district in New Delhi.

Located in the center of New Delhi, the G.B Road is a long road connecting New Delhi and Old Delhi railway stations. It is lined with four or five-story buildings that are about to collapse. Between the second and third floors, there were women looking out the windows with iron bars. A girl who looked less than 20 years old and an old woman who looked over 70 were looking at people passing by. 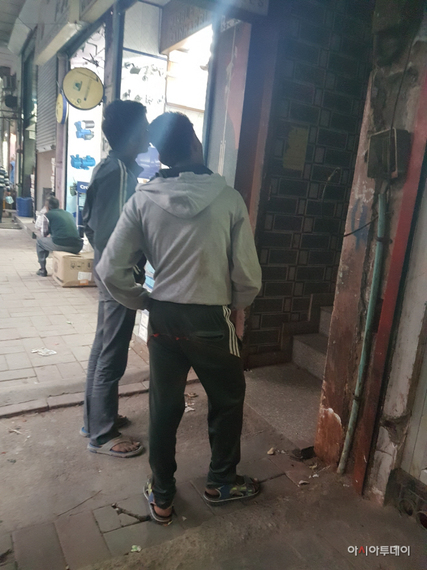 [Men are watching the stairs. If you go up the stairs, you are able to meet women./ Photographed by Jeong In-seo]

Some men who were passing through stores stopped walking to watch something at the stairs. After watching for a while, they resumed their walk. What caught their eyes were a number of women in the stairs. An elderly woman in heavy makeup was calling people passing. And a young girl was next to the old woman as well. To ask cooperation for news coverage, I headed to a nearby police station. Bhopal Singh, 52, is a police officer who was dispatched to G.B. Road Police Station six months ago. He said, "This is probably the most dangerous area in Delhi. Perhaps more dangerous than the border. There are dozens of assaults a day. Most of victims are women. There are several number of assaults against foreigners." He recommended me to accompany other police officers.

With the help of the police, I went to brothels no. 55 and 65, which are known to house many Nepalese girls. The police officer gave me his mobile number in case for emergency and told me he would wait outside.

As I climbed narrow stairs, I smelled a mixture of moldy odor and makeup smell. When the dark stairs was over, I was able to see women dressed in sari and men haggling over the price. I saw more women as I walked in. 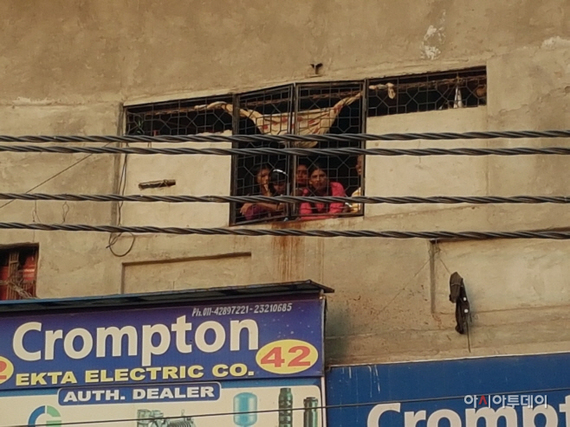 [Female sex workers looking out the window of a brothel at G.B Road./ Photographed by Jeong In-seo]

Kalyani, 45, has been living here for 30 years. She decided to leave Nepal after hearing that she could make a lot of money in India. She said, "I came here when I was 15. Every day is like hell." She continued, "I could leave right away as long as I want to. But there is nothing I can do if I go back to my hometown."

Shuni, 18, said she came here after being sold by her father. She said, "My father sold me to a broker when I was 2. I hate my father." She revealed that she gets 5 to 15 customers a day. She said, "I want to go back to Nepal, but I will be hit to death if I get caught. There are many people I know who became disabled after being assaulted."

Darsha, 28, revealed that she came here after being sold by her father. She said, "I don't remember because I came here when I was very young. I still don't understand why my father sold me." She said most of the women in the brother came from Nepal. Most of them were either sold by their family or deceived by brokers. She said, "There is no hope here. Those who live here have given up everything." 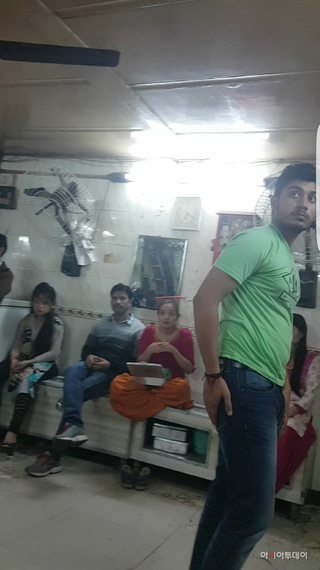 [A large number of women and men gather for prostitution at GB Road./ Photographed by Jeong In-seo]

I tried to interview those who came here. Shyam Mohan, a 28-year-old man who lives in Madhya Pradesh, said he made a visit with his friends. He said, "There is no men in India who doesn't know about this place. I came here with my friends." He added, "It's a place I will never come alone. I won't come again in the future."

During the interview, another man came to me. He said that there are more young girls and that I should go with him. I followed the man to the third floor. There were girls that looked like preteens. When I tried to interview them, the man asked for money. He threatened me, saying, "If you want to interview them, you have to give me money. You won't leave her until you give money." Fortunately, I was able to escape safely after calling the police. But the little girls did not come out. 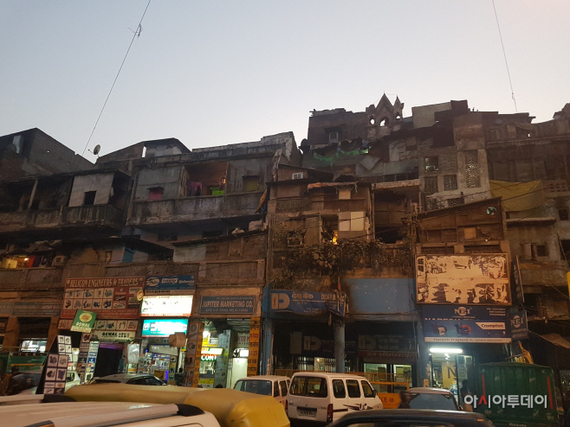 [The brothels at G.B Road. Nearly 3,500 women work in these old buildings that are about to collapse./ Photographed by Jeong In-seo]

According to a 2015 survey by Indian ministry of health and welfare, there are nearly 3,500 female sex workers living in G.B Road and about 80% of them are presumed to be infected with HIV.

In 2015, there were around 2.1 million people living with HIV in India. In the same year, nearly 196,000 people were newly infected with HIV and 130,000 people died from AIDS-related illness.

Last year, the Indian government cut its budget for HIV/AIDS control programme by 22% due to financial reasons, causing drug supply delays and criticism from civic groups and international community. Although the government said it would restore its budget, the criticism continues.