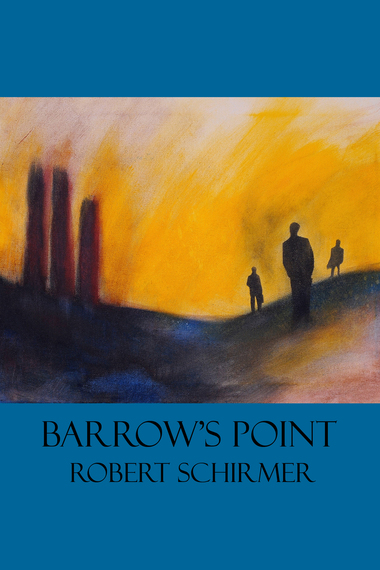 Long a fan of Schirmer's short stories, I eagerly awaited his debut novel, winner of Gival Press' annual fiction prize. Schirmer has a gift for creating atmosphere, for dropping readers, phrase by phrase, into the world of this college town, this McGregor family, this particularly hot summer, during which young, gay men start showing up bludgeoned, dead.

A few examples of these atmospheric details: "A few crows passed overhead, black and soundless;" "She tugged at her blouse, sticking to her skin like cheap glue;" "The dog stopped chewing on the knotted red dishtowel between its paws, long enough to growl at her..."

The book revolves around Iris McGregor and her three sons--two of whom are openly gay, one of whom is aiming to suffocate that same impulse in himself. Reed, Christian and Eddie are archetypal in their varying incarnations of their sexuality. There's Reed--oldest brother, a cop, law enforcement, mature, responsible, respected. Reed is in love with his childhood friend Casey, also a cop, who is married to Reed's ex-girlfriend Maggie. Then there's Christian, who Schirmer describes as stereotypically effeminate--thin, pale, bony, weak, soft-spoken, tender--in a word: vulnerable. And then Eddie, the youngest, who at age 15 is desperate to define himself against his brother Christian. Eddie relies on his macho, homophobic, public image as a competitive wrestler, while in private, he dons his mother's blouses and dresses. Eddie masks his own self-loathing as a loathing for Christian. He can hardly stand to be in the same house with him. While Christian seems the most comfortable in his own skin--unapologetic--he is also the son who elicits the most worry for Iris, his mother--precisely the kind of boy she imagines as a likely target for this killer of gay men.

Reed and Eddie both have complicating entanglements with other characters, their personal lives tied up in painful, elaborate knots. For Iris, there is the confounding knot of her sons:

"By the time she crawled into bed that night, her nerves had calmed some, although things still felt gray and unresolved. Eddie, Christian, Reed--the names of her sons swirled inside her head, entwining together like a helix molecule."

Schirmer's slow, steady unraveling of these knots, and the repercussions of that unraveling, demonstrate both his insight into the human condition, and his mastery at fiction.

Schirmer sees clearly inside the heads of such a variety of characters--male, female, gay, straight, young, old--giving readers the particulars of their perception. Iris says about Carl, her deceased husband, who was a preacher:

"He'd never been more than a perfunctory lover. Often his hands had been tentative, and he'd approached lovemaking like an assignment he had to complete before a due date, and he was willing to settle for a C."

And this insight, also through the eyes of Iris, into a secondary character named Soldier:

"In one swift and startling moment...Iris saw the life ahead for Soldier: the alcohol and the brutality, the numbing inarticulate depressions, the boot to the throat of any man or woman who dared challenge him. She saw the misery of his heart shrunk and hardened...the cold ruinous life he would live..., angry and insular.... The military wouldn't save him. The things he would do over there would only hasten him down the path of his own destruction. In a rush, her heart lurched out to him. 'You poor soul,' she said."

We get a portrait of Soldier, while at the same time, more of a peek inside Iris, a beautifully complex female protagonist, a future role I couldn't help imagining for Meryl Streep. When this book is adapted for the screen, as it should be, it will be a film as important to this decade as Brokeback Mountain was to the last. (Hollywood, are you listening?)

The most haunting excerpt comes from a chapter written in Eddie's viewpoint: "Finally...he cut a spear of lamb and forced himself to swallow. That night Eddie sneaked to the downstairs bathroom so no one would hear him vomit. But when he leaned over the stool, he couldn't vomit. His stomach clenched, as if a living thing were ready to expel itself from him, a small, shivering beast-embryo. Deliriously, he imagined the meat he'd eaten was taking shape inside him, trying to turn back into a lamb.... Small hooves kicked behind his ribcage as the meat fought to reanimate itself."

Schirmer illustrates in multiple original ways, Eddie's extreme discomfort with his own thoughts and actions.

One thing is clear: in Barrow's Point, people are killing, literally or metaphorically, that which they most fear in themselves.

This novel, already nominated for a National Book Award, is a real contender. What further distinguishes this book is Schirmer's patience as a writer, as he attends meticulously to every single scene with subtle and selective detail, letting it unfold at the perfect pace--making us perfectly uncomfortable. I honestly don't know of a writer who does this better than Schirmer. 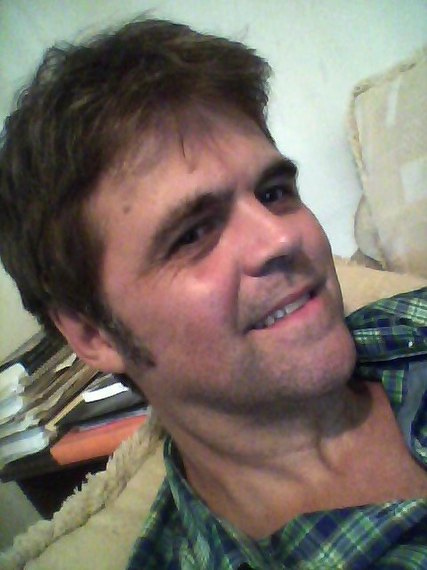 Robert Schirmer is the author of the collection of short stories titled Living With Strangers (NYU Press) and the winner of the Bobst Award for Emerging Writers. His stories have appeared in Byliner, Glimmer Train, The Sewanee Review, Epoch, New England Review, Fiction, Confrontation, Alligator Juniper, and The Best of Witness. In addtion he has won an O. Henry Award, a Pushcart Prize, a Walter E. Dakin Fellowship to the Sewanee Wrtiers Conference, and a fellowship from the Chesterfield Writer's Film Project. His screenplays have been optioned by Amblin Entertainment and Warner Brothers.

A shorter version of this review first appeared in Carmel Magazine.