I have been walking the streets singing the phrase, "We're Gonna Die!" Trust me, I am not crazy. I am listening to experimental playwright Young Jean Lee and her band Future Wife's We're Gonna Die, an album of Lee's eponymous one-person show of songs and monologues about coping with pain, loneliness and death. It premiered at Joe's Pub in 2011 and just finished a second sold-out run last month at LCT3's Claire Tow Theater at Lincoln Center.

To coincide with the latest show, Lee and Future Wife released the album on August 6, but it is not simply a recording of the show. Instead of performing all the monologues as she does in the live version, Lee cast the musicians David Byrne, Laurie Anderson, Kathleen Hanna, Adam Horovitz (Ad-Rock), Drew Daniel and Martin Schmidt (Matmos), Sarah Neufeld (Arcade Fire) and Colin Stetson, to perform them on the album. 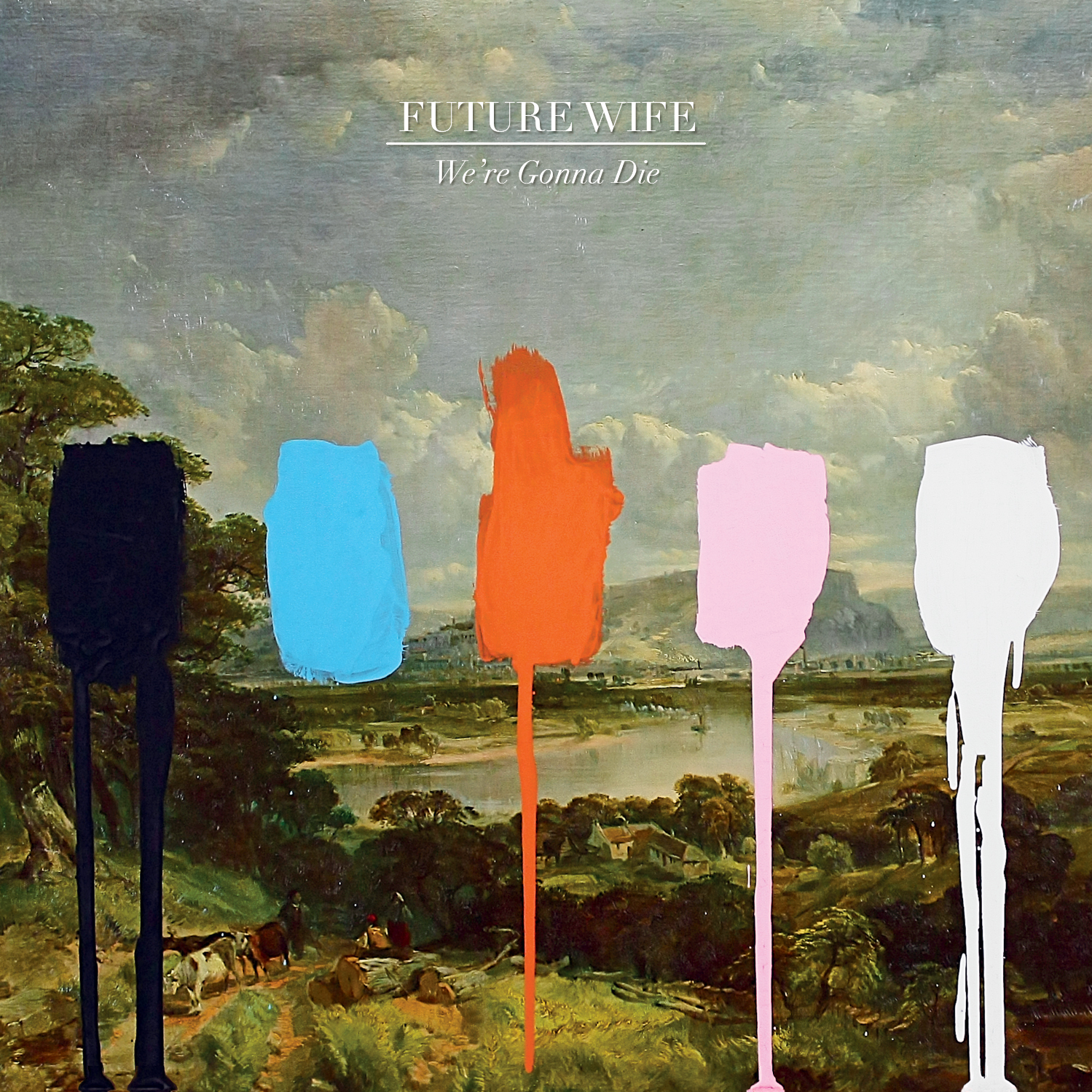 Lee did not want the album to be a cast recording. "It's a different medium," Lee said in a recent phone interview, "So I wanted [the album] to be its own thing." Lee chose to use musicians for their charisma and to keep the feel of a rock show. "I didn't want any of them to be actor-y actors," she said, "Because I'm not one, and that sort of goes against the vibe of the show to have a really skilled dramatic performance."

But while Lee performs the live show, she is not by nature a performer. "The original impetus for [the show] We're Gonna Die was: What is the last thing in the world that I would ever want to do?" Lee said. Lee put up the show as the 11th playwright out of the now imploded company 13P, who challenged her to do something crazy. She decided that her next show would not have any great performers in it, which led to casting herself in a one-woman show. "I hate performing," Lee said, "And so I thought, 'Well, what would be my worst nightmare?'"

The songs came first. After she had the idea for the show, she announced she was going to form a band. The next day she got an email from musician and composer John Zorn, asking if her band would play the next month at his club, The Stone. Lee told him that she would see what she could do, and a month later she had the band and the songs. Lee wrote the lyrics and sang the melody into an iPhone, and her songwriting partner, Tim Simmonds, helped turn them into songs, as well and put together the band. The monologues were written later.

For Lee, the most difficult monologue to perform is "My Father," the story of her father's death, as it is the only story in the show that is actually about Lee. "I have a hard time getting through it every night," Lee said. "I get tripped up and my throat constricts." The other stories are true, but they happened to friends. "I didn't want the show to be autobiographical because then it would be too specific," Lee said.

After people saw the show at Joe's Pub, they repeatedly asked Lee if an album was coming out. "I was getting a lot of emails from people who had experienced tragedies in their lives, and they said that seeing the show was the first time they felt better after this terrible thing had happened. This show as a whole does have some comforting power for people, so I wanted that to be available widely so that if somebody had a friend who's been through something, they could send them the album and say, 'This helped me.'"

Lee came up with a list of musician friends and asked if they were interested in performing the monologues. Most were familiar with the show, and all said they would to do it. Not all of them were in New York, however, so instead of bringing them into the studio she asked them to record their monologues themselves and email her the recordings. This process was not as simple as it sounded. "I was so stupid because I'd never done it before," Lee said. "Most of them ended up having to re-record themselves a bunch of times, and it was a lot of work."

Lee recorded the album in the fall and winter of last year at the Isokon studio in Woodstock, NY, with the studio founder and mixer Daniel J. Goodwin and producer Shannon Fields. The band and crew lived together, cooked meals together, and recorded morning, noon, and night. Lee decided to change the arrangements, however, at what was perhaps the worst possible time. "I had crazily thought I was going to rearrange all the songs in the recording session, which is insane," she said. "You don't do that because you don't have very much time. But we somehow managed to do it."

The final step was the album art, which is by artist Chad Wys. Band member and graphic designer Ben Kupstas found Wys's work online, and both Kupstas and Lee fell in love with it. "It's a little bit dark," Lee said of the image they chose for the cover, "But there's this kind of messy hopefulness to the paint splotches."