A few months ago a study came out that broke the hearts of women everywhere. Researched and compiled by the fine people at OKCupid, it revealed that when it comes to what men really want in a woman, it's youth. Do you remember that study? You know, the one that basically said that if you're a woman over 22, you should just give up and crawl under a rock somewhere? I'm sure you do, as much as you tried to forget it.

Along with sharing that depressing news it also shared this painful line: "Once a woman passes the age of 22, she becomes exponentially less attractive to men." Oh, how lovely. And while that still may be true for some men whose fear of ageing keeps them grappling like a rabid vampire for a woman young enough to be their daughter or granddaughter, another study has come out revealing otherwise. Yes, ladies, there is hope for all of you over 22 after all. Can I get a collective high-five?

A new study of over 450,00 online daters by EliteSingles has found that men between the ages of 20 and 29 prefer to date older women. Although the study did find that, yes, men do want younger women, the average most desirable age gap was up to 11 years younger than themselves. Even men in their 60s were sticking to this 11 year difference, as opposed to shooting for a 40-year difference. Are men maturing and getting their heads out of the clouds for 2015?

But back to 20-something men wanting older women…

According to psychologist, Sam Owen, the reason for this interest in older women from younger guys probably has a lot to do with how society is changing.

"[It's] likely indicative of the change in gender roles in modern society towards more equality between the sexes," says Owen. "Young men nowadays probably also recognize that older women are adept at diligently juggling so many responsibilities (career, children, housekeeping, fitness, finances, socializing), which makes them intriguing and attractive and a more secure option."

However, contrary to what these younger lads may be craving, the study showed that women prefer to be the younger of the two in the relationship, with women 50 and over hoping to ideally find someone six years older than themselves. Younger women, too, prefer men older by up to 10 years, and while women will go younger, it's by no more than three years, because honestly, dudes aren't so great with the whole maturity thing.

Here's EliteSingles' entire infographic on the research. Do you fit in there anywhere?

Read more from YourTango:
I Love You: 15 Ways Guys Say It Without Saying It
7 Ways Love Transforms Your Brain
5 Secrets To Cracking The Guy Code And Winning His Heart Forever 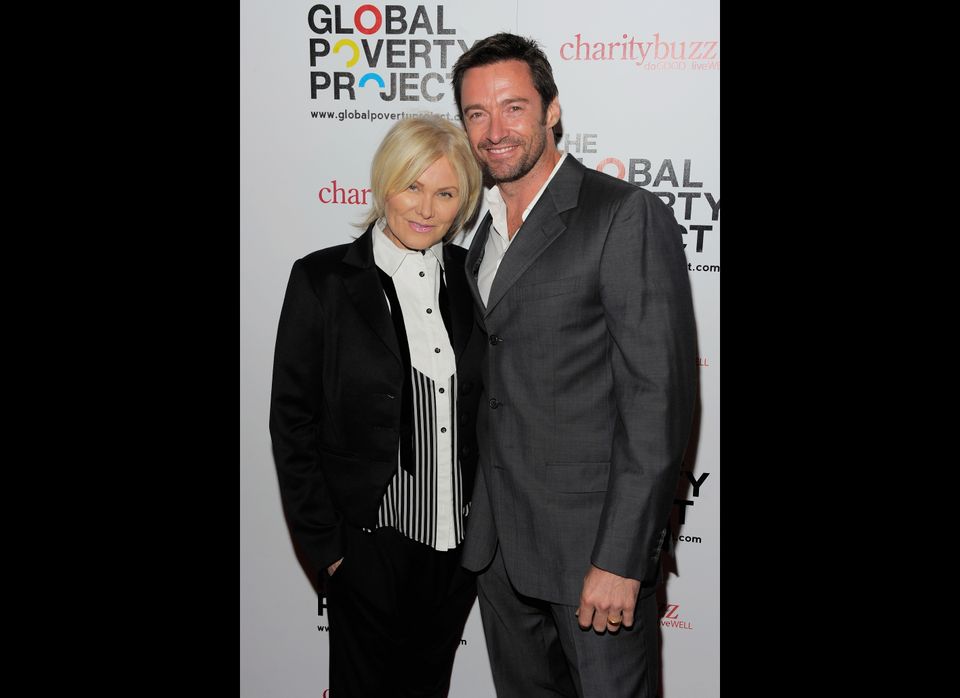 1 / 5
Deborra-Lee Furness And Hugh Jackman
Hugh Jackman, 43, married Deborra-Lee Furness, 56, in 1996. The <a href="http://womansday.ninemsn.com.au/celebrityheadlines/8216464/hugh-jackman-tells-why-i-will-always-love-Deb" target="_hplink">Australian actress says</a> their Big Day was "the best wedding I ever went to." After 16 years, the couple is still happily married with <a href="http://www.dailymail.co.uk/tvshowbiz/article-2042029/Hugh-Jackman-opens-painful-road-parenthood.html" target="_hplink">two children</a>.
Getty