"One of the worst things about racism is what it does to young people." -- Alvin Ailey

There are some things about myself that I don't like to know. Reminders of who I was and of how I once thought that come flashing to my mind, triggered by an event. 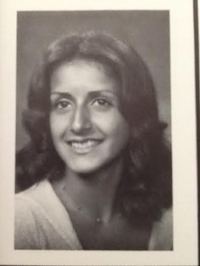 Like the shooting of Michael Brown. Like the reactions to his death. Some people, so vocal in a way that I find hard to believe I even know them. Surprising me so much with their hate and their disregard for a human being -- and the names I've read that they're calling Michael Brown. Names based on skin color.

Some say that the goal is for a society to be colorblind. I'm not going for that. I love the different colors that we are and the beautiful cultural differences we bring into each others' lives. I don't want to not see your brown, yellow, bronze, beige, coffee, and all the tones in between.

But when I read of this hate and anger toward people, purely based on a color difference, it takes me back to when I was a child. And it hurts when I'm forced to remember how I would let people say things to me that weren't kind, and let them ask me questions that were personal and rude, and how I did nothing, but accept that behavior from them. By not saying no and refusing to be addressed that way, I was letting them do the very thing that we are allowing people to do now. To dismiss those that are not white.

This week, I am left feeling broken, barely able to do much more than to think of when I was in grade school and my school would serve tacos for lunch. The kids would throw them on my tray, saying, "Here, you eat them. It's your kind of food." I would say nothing, even though my face would burn so red I could feel the sweat prickle on my scalp. But I never stood up for myself. I was learning that I was different, and somehow, that was deserving of ridicule.

Or when my high school boyfriend's parents told him he had to stop dating me. He did, telling me word for word the reason his father gave him, "Stick to your own kind, Chris." I didn't stand up for myself. I was learning that I was something less than what someone wanted for their child.

Reading the news of this week releases a flood of moments. Painful ones, like being in college and shopping for a dress with my then-roommate. When I tried on a figure-hugging stretch dress for a wedding, she said, "Oh, that's right. You guys wear your clothes tight." Even when everyone else was wearing Lycra in 1984, too. I said nothing. I was learning that there was only one way that the women of my culture were seen.

Driving with my brothers when we were teenagers, we were so used to being pulled over for no reason, that we didn't even feel the surprise of seeing police lights flash behind us. One day, we had a white friend of mine in the car with us. With my two brothers in the front, it was merely minutes before there were soon red lights in our rear view mirror. My friend panicked and asked what we did wrong. Did we do something wrong? She wanted to know. My brothers and I looked at each other, not believing her confusion. My brother said with acceptance, "This? This happens all the time." I was learning that we were powerless at the hand of the law.

For every story I remember, there are 50 more that have gone to the wind. It's been like this since I was a little girl. A lifetime of being treated as lesser. As well as a lifetime of being silent. I was too quiet, I made no noise, and I learned to blame myself for anything that was said or done to me. I mean, that's what I had been told since I could remember, it was something about me.

I didn't say anything when things were said to me. And that's the same as saying it was acceptable. There are a hundred reasons that I was quiet for too long, but the biggest of all, was because it happened so much. I would hear things over and over that it felt like nothing would change, and especially, that my voice didn't matter.

Racism over a lifetime will do that to the young.

It makes you question if you are too sensitive. Did you imagine that? Maybe it's not as bad as it feels, I'd explain to myself. I had been taught to not even trust my own feelings. More than anything, it made me sad, angry, frustrated, and filled me with low expectations for how this country saw me.

Now, with Michael Brown and the ensuing dialogue along with stories from others, I'm seeing the truth. Truths like when people ridicule my children's names, it's racism. When the clerk at the store asks me for an I.D. card when I use a credit card after I've just seen the three white women in line in front of me use theirs without being asked for the same thing, it's racism. When I take my children in to our area hospital, and the receptionist hands me a card for a Spanish interpreter by assuming I don't speak English, and the intake resident asks me if I need financial assistance for food since my children are thin, it's racism.

It's 2014, and to say there is no racism is delusion. We have the same racism now that I have known since grade school and the teacher asked me why I spoke English so well since my name is Hispanic. Racism exists. You can say you've never experienced it or seen it, but that doesn't change the reality of segregation and treatment of others as objects rather than people. Racism exists. Racism hurts. Racism kills.

Talking about race is the most highly charged I've seen this nation in years. People are still saying there is no discrimination because they feel they have a right to say what they do, and that their actions are founded and their reasons sound. You'll hear, "I'm not racist, but..." The "but" is what tells you, without examination of what people believe as truth, how can they look to themselves to see that they are part of the problem in this country.

But others are beginning to understand. Some are finding courage in the collective sharing of our stories. Some are drawing the line for what they will and won't take, in actions and words from others when they see and hear disparity.

It is ugly, and it is beautiful.

We're discovering a lot about people we think we knew. Some are showing us that we truly never did know them. For too many years, I have let people make me feel ashamed that I wasn't like them. I wanted to fit in so much in what was obviously their world, their rules, their control, that I let them get away with too much. It's not happening anymore. I am hypersensitive but not in the way that people told me that I was. I am aware of stereotypes and assumptions and the hate that goes with them. I no longer second guess myself about whether things happen or not. I'm hyper-vigilant in my reporting of it and I share my stories.

Every grand action of ours begins with a decision. Now when questions are posed to me, I turn them back, Why do you ask? I'm not seven years old anymore, and my voice now is for that little girl that I once was.

If this makes some squirm and decide they don't want to know me, that's okay. Because I am going to be saying something. Every damn time from now on. Because playing the game of pretending that they're not basing their questions and treatment of me on what I am, a person of color, never did work for me. It only made me feel even more of what I've felt my whole life, that I'm not to be a part of the world we live in. Do you know what it feels like to have people exclude you, because you're not like them? When you've had this happen to you too many times to count, you'd think it wouldn't bother you anymore. But it does, and every time it happens to me I am that rejected child again.

Children are born wanting the same thing, to belong, to have a home, to be kept warm and dry, to have food, to find friends and community. Their parents want for them the same as all parents do: opportunity for education, health care, employment. We're born craving love and acceptance. And we want the same fair chance at feeling safe and protected as any other child.

And we want to be treated, and talked to, as fellow human beings.