When Kyllian Warman's father was diagnosed with cancer when she was just a high school freshman, her family, determined to have her father see her graduate high school, fought the disease with all their might. But while treatments may have failed him, Kyllian did not. Using running as "her therapy, and medicine" to see her through the tough times, at the beginning of 2012, Kyllian vowed to run 2012 miles.

And she did. And she hasn't stopped since.

Then, after losing a friend to cancer soon after losing her father, Kyllian was moved to dedicate her running to raising awareness and funds for St. Jude Children's Research Hospital.

Located in Memphis, Tenn., the mission of St. Jude is to advance cures, and means of prevention, for pediatric catastrophic diseases through research and treatment. Consistent with the vision of their founder Danny Thomas, no child is denied treatment based on race, religion or a family's ability to pay.

They won't stop until no child dies from cancer. And neither will Kyllian.

By running races around the country as a St. Jude Hero, she aims to witness an end to childhood cancer in her lifetime. 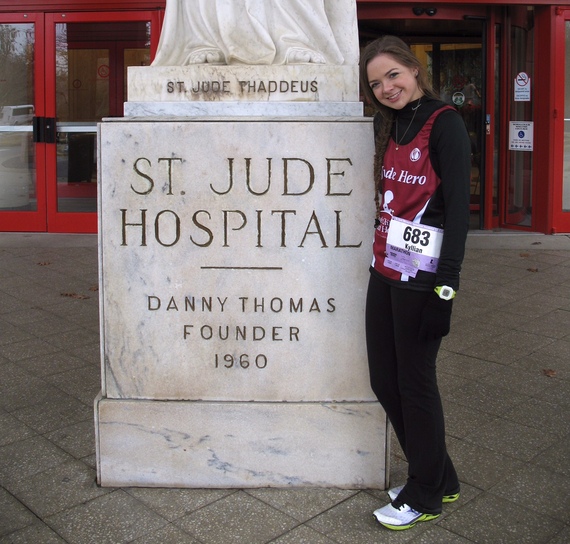 The Heroes program is just one of the many endurance events that help raise funds for the hospital. Walkers, runners and triathletes of all skill levels and ages participate in Hero events around the country, from one mile walks to 5Ks to full marathons and triathlons. St. Jude Heroes are provided with personal fundraising pages, making the fundraising process easy for participants.

By being a Hero, and an excellent philanthropic example for other young people in her generation, Kyllian's initial goal was to raise a few thousand dollars. But in just a few years, she has managed to raise over $100,000. It's no surprise that when Rick Shadyac, CEO of ALSAC, the fund-raising organization of the hospital, heard about Kyllian's efforts, he knew he had to meet her.

Next weekend, over 20,000 runners will line up at the start line of the St. Jude Country Music Half and Full Marathon in Nashville. Several thousand of them will be walking and running as Heroes, lacing up their shoes and tackling the course to help keep the fight against childhood cancer, and the St. Jude mission going strong.

Standing humble among the thousands will be a very poised, special and inspiring young lady- Kyllian. It will be her 13th marathon for St. Jude. When asked what keeps her motivated, what keeps her from hitting the snooze button on early morning training runs, she doesn't hesitate to share her inner motivation. 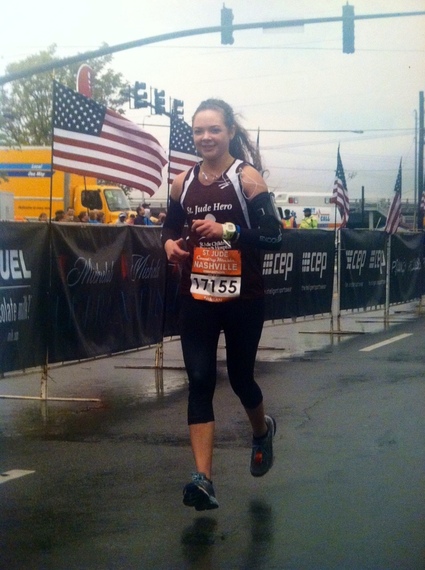 "I just consistently immerse myself in the mission of St. Jude. I read all the patient stories, some of them several times, so I can recall them on long runs. I remind myself of Danny Thomas' mission, it is a constant presence in my life. And really, what is my excuse? There is none. I am healthy, so I run," Kyllian states.

And you can too.

Be a hero for a child.

For the fight to end childhood cancer.

Visit St. Jude Heroes to start your journey to your race today.