It's no great secret that young women in the Democratic Party prefer Bernie Sanders to Hillary Clinton. Just last month, USA Today/Rock the Vote's poll found that Democratic and independent women between the ages of 18 and 34 favor Senator Sanders by nearly 20 percentage points. On the other hand, women over 65 represent the only cohort that overwhelmingly prefers Clinton to Sanders.

The Democratic generational divide grew even more palpable last week when feminist Gloria Steinem accused young women of only voting for Bernie Sanders because they crave attention from young men, who also tend to lean towards Senator Sanders. 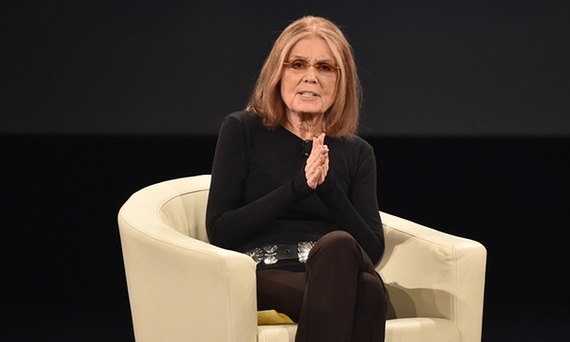 Steinem's comment was not received well by young Democratic women. Moumita Ahmed, 25, said, "Gloria Steinem's statement was the worst kind of sweeping generalization I've heard in years about women my age... I was hurt because I consider her to be an icon of the feminist movement... I'm not sure how she could admit us young women are graduating with more debt and earning less money, then say young women are supporting Bernie Sanders to impress all the boys."

Kathleen Graves, founder of the Babes for Bernie Instagram account, which has accumulated over 11,000 followers since its inception, promptly responded to Steinem's accusations with the new hashtag: #NotHereForBoys. 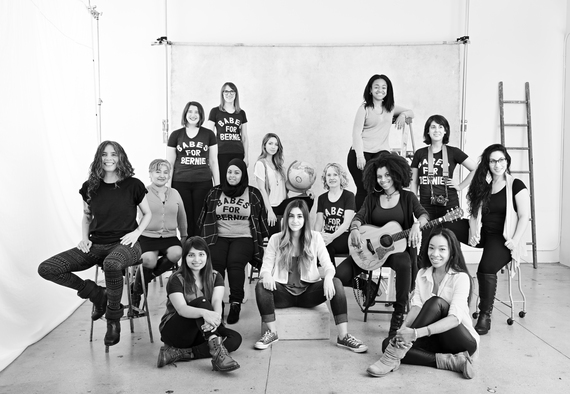 When asked what inspired the hashtag and the Babes for Bernie movement, Graves explained:

The notion that Bernie's overwhelming support among millennial women are only in it to impress boys or because they don't do their own research and are simply following what the boys are doing is incredibly 1. categorically false and 2. incredibly offensive to all of the thousands of women around the country who have spent exhaustive amounts of time (largely in addition to their full time jobs and families) organizing events, phone banks, rallies and marches. 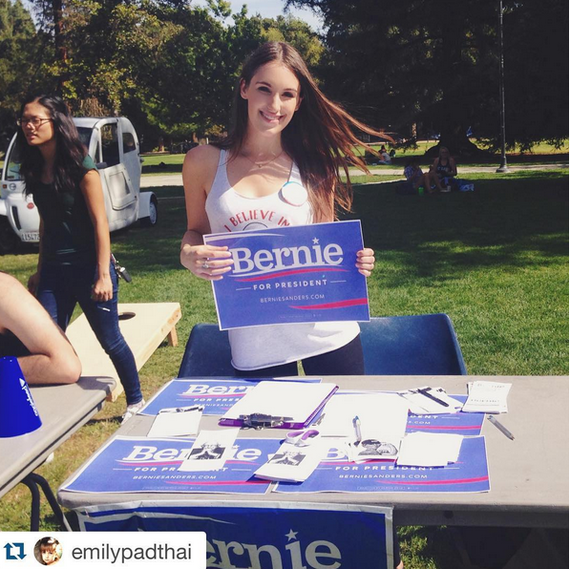 Bernie is running a campaign that is inspiring women to stand up and take an active part, many of whom this is their first experience in the world of politics. With the exception of a select few, the majority of grassroots organizations I know of are run by women and this movement is about bringing people together and empowering all women not just the one. The ultimate goal of feminism is to take gender out of the equation and that's exactly what the women who are supporting Bernie are doing.

When you are able to assess the candidates on issues, character and authenticity, Bernie wins our hearts and minds hands down. Of course, we would not be where we are today without fierce and strong female trailblazers who have been paving the way for decades but women in politics is not one-size-fits-all and we are willing to wait for Ms. Right not Ms. Right Now. Will we have a woman president one day? Absolutely. In the mean time, we'll take two women in the White House: Jane Sanders and Elizabeth Warren.

The author of this post is running a Kickstarter campaign to fund an entire series of animated rap videos about Bernie Sanders and the 2016 election.