While times have certainly changed since the suffragist movement, it's sobering to read about a woman encouraging her granddaughters to date the class nerd because he might turn out to be the next Mark Zuckerberg. The Facebook CEO's response that she instead encourage the girls to be the nerd was perfect. And honestly, Zuckerberg's new daughter is one lucky little girl. Just like Zuckerberg, I want my own daughters to be defined by what they achieve rather than what their partner has done. 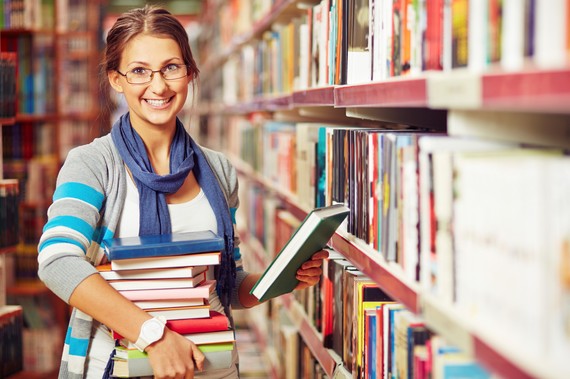 Gender bias is subtle. If a well-intentioned grandmother can slip, just imagine what goes on inside companies across the country. Most of us expect a bit of gender bias in the workplace, yet few believe it exists in our educational system including elite colleges where there are now a handful of female presidents at the helm.

When I applied to college in the spring of 1993, colleges were clamoring for applications, especially from girls. My grades were strong, but my test scores were abysmal. Of all things, I wrote about wanting to be the first female president of the United States. It was a simplistic essay that needed direction and depth. But times were different. Those colleges needed me just as much as I needed them.

Fast forward to 2016 and you will see a paradigm shift. Elite colleges now have an overabundance of great applications. More girls than ever are applying. This has created a well documented gender gap with women attending college at greater rates than men. Add to the fact that girls generally have stronger high school records than their male counterparts, and this makes getting into elite colleges more competitive for females than ever before.

When college admissions committees create the mosaic of an incoming class they want it to look a certain way. Too many girls admitted skews the gender profile of a class. This can result in an institution becoming too heavily weighted by one gender. In turn, this makes it less desirable for future applicants who generally seek gender parity in the colleges they apply to. While we don't see colleges openly share admit rates based on gender, the truth is this: girls have lower admit rates at elite colleges.

The most obvious tool that colleges use to deny elite female applicants is standardized testing. Girls tend to score lower on standardized tests than boys. As much as elite colleges weigh the high school record, they are awed by high test scores because test scores impact rankings. Admissions deans are carefully tracking every demographic before decisions are released. If the tentative admitted pool of students is dominated by girls, the staff is instructed to start "pulling" them out of the admitted class. And, the first ones to go are the girls with lower test scores.

Despite the criticism, most elite colleges are actually ramping up their testing requirements these days. Instead of hiding and hoping that they will go away, girls need to face these tests head on. And, if girls are going to be expected to do more, schools need to do even more. Research suggests that girls learn differently than boys. How they approach a test is different too. Girls need practice and confidence. SAT/ACT-inspired questions should be routine in homework assignments and tests from an early age. When students, and especially girls, get these questions wrong, we need to explain why.

Established test prep companies are surprisingly willing to provide low or no cost ACT/SAT courses at high schools. It just takes someone at the high school with good negotiating skills to make the call and make it happen. Testing should never be the deciding factor when it comes to girls getting into college. Never.

And, back to that comment from Mark Zuckerberg. Being a nerd is part of the answer too. We need to teach our girls that being a nerd in whatever field, passion, or hobby they love is both empowering for themselves and door-opening for college and any future career. It is the bold, confident young woman who pursues her passion unabashedly who becomes an impact player in high school and beyond. Despite the recent push for girls in STEM, there is no cookie-cutter field for girls. We, as mentors, should be encouraging them to delve deep into their passion - whatever it is.

I think back to my college essay about wanting to be the first female president of the United States. It was quite simplistic because I didn't know any better. I didn't know my ambitions were far more interesting than the objective I had in mind. I could get away with my shortcomings when I applied to college. Girls no longer have that luxury. But maybe the harsh realities facing them in the admissions process will shape their vision for the future much sooner. Being a nerd, not marrying one, is the solution for our girls. To be that nerd, girls need to tap into the ambition that got them those straight A's in school, and apply it to everything from standardized tests to what inspires them every day. Even if it means they need to do more, girls will make it harder for those who judge them to pass them up for anything less.