Photographers have been turning the camera toward themselves for years. From Andy Warhol to Robert Mapplethorpe, Cindy Sherman to Francesca Woodman, Lee Friedlander to -- well, you name it. These are just a handful of artists who helped set the stage for many of today's contemporary photographers who set out to become the sitter and the maker. 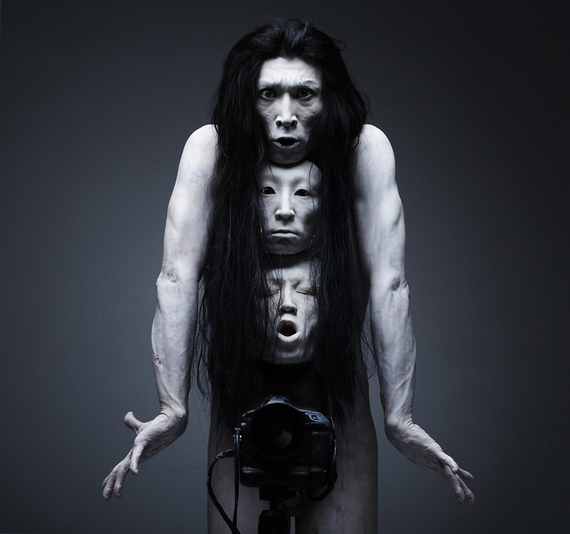 I met South Korean photographer Youngho Kang at the LensCulture FotoFest Paris portfolio review event in 2013. Kang is not shy in front of the camera. In each image, he's playing a part in a story that only he could tell. As he puts it, "the mirror became the space where I am both the director and the actor on stage." And on this stage, Kang plays the lead role. 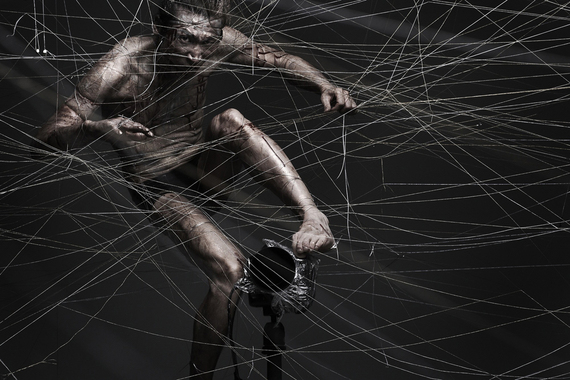 At first, I found the camera to be a distracting element in the photographs. Kang leaves it visible in each shot -- many times he doesn't even try to cover it up. But after a while, I no longer see the camera -- my eye is forced to focus on the gestural movements of Kang's body, the posing and the "dance" that he is doing in front of the mirror, the camera, and his viewers. 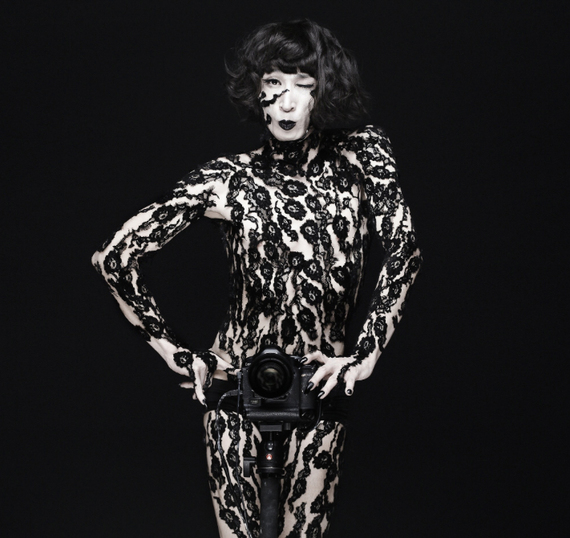 And then there's the androgyny aspect of his work that is quite noticeable. He takes on both a male and female persona, which he states he discovered hidden within himself." The camera symbolizes the male who shoots and hunts, while 'my present self' becomes a symbol of androgyny as an intermediary, and the mirror symbolizes the female, with all her accepting and reflecting qualities," says Kang. 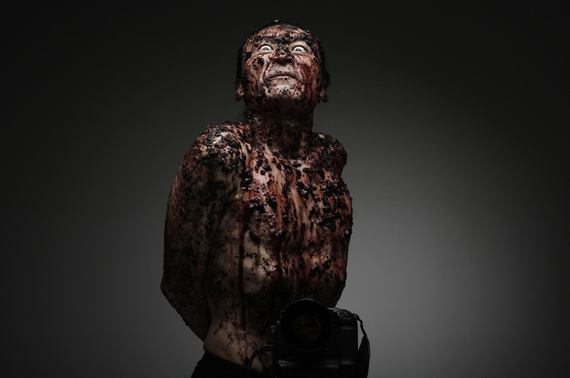 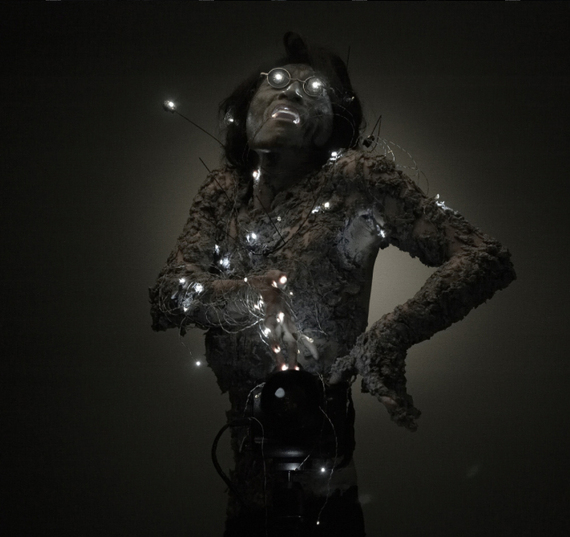 Kang has completed over 50 self-portraits on his way toward his goal of 99. Why did he settle on the number 99? As he explains, "99 is a theoretical number that denotes myself as a whole to be 100 minus one -- my present self."

This is just a glimpse into Kang's world. To see more images, and to read a very in-depth statement about this project, visit: http://99variations.com.