Thanksgiving is right around the corner, and we all know what that means: we'll be trapped around the table with distant relatives that we see twice a year at best and forced to make conversation. With the 2016 presidential primary season well underway, it's only natural that the discussion should turn to politics, and we've all got that one family member (or maybe two) who's fed from a steady diet of Sean Hannity and Glenn Beck. The stereotype is of an uncle, although it can also be a distant aunt (as in my family), cousin, grandparent, cousin, or even sibling.

While the rest of your family may be content to smile and nod along with this family member's xenophobic and pseudo-libertarian rants, you need not suffer their ignorance. I have put together this handy guide to all the talking points you're likely to hear, and the facts that disprove them.

Remember: facts are like Kryptonite to conservatives. Study this guide, and you will know all you need to know to shut down the misinformation and ill-formed opinions. 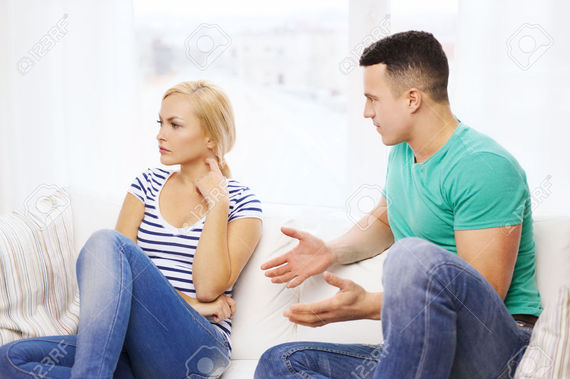 BONUS POINTS! If your family member is of the conservative Christian variety, like mine, I have included bible verses beneath each point that really drive the point home. Be prepared for much mouth frothing if you intend to use these.

The refugee crisis brought about by the Syrian civil war is quite possibly the most serious humanitarian crisis of our time, but you wouldn't know it from listening to conservative politicians. Emboldened by the terrorist attacks in Paris, many on the right are using fear-mongering to argue against the United States taking some of these refugees in: the claim is that doing so would make it easier for terrorists to infiltrate the US.

The problem is that our vetting process makes this incredibly unlikely. First, the refugees are screened through the United Nations, a process which takes a minimum of 18 months. That's before the US even considers taking them, at which point they are matched against our intelligence databases, interviewed, and undergo medical and security screenings, in what is called "the most stringent security process for anyone entering the United States."

Finally, it must be noted that every single Paris attacker was a European citizen, and the Syrian passport found at one of the scenes of the attack was a forgery.

ISIS and other terrorist groups want us to reject Syrian refugees. It gives credence to their "Islam vs. the West" narrative, and rejecting these human beings is playing directly into their hands.

This is not the place to rehash the argument in favor of anthropogenic climate change. The science is as settled as settled can be. Don't argue with your uncle about this; if he doesn't believe in science, nothing you can say will change that.

Rather, throw this at him: the labor-intensive nature of renewable energy means that every dollar invested in renewables creates more jobs than the same dollar going into fossil fuels. Power generated from wind and solar are stable price-wise, which is a benefit to the consumer, and the emerging nature of the renewable industry means that there are more jobs to be created in the future than in the fossil fuel industry.

Bonus points! "And I brought you into a plentiful land to enjoy its fruits and its good things. But when you came in, you defiled my land and made my heritage an abomination." Jeremiah 2:7

The surprising support for self-described socialist Bernie Sanders has sparked a national conversation about economic inequality, the possible merits of socialism, and the possible downsides of capitalism. The false "socialism-capitalism" dichotomy is used by conservatives like your uncle to draw battle lines: you're either one or the other, a freedom-loving capitalist or a state-loving socialist.

Unfortunately, the truth is more nuanced. The United States has long been a mixture of socialism and capitalism, especially since the Great Depression. The immense popularity of Social Security and similar programs like Medicare show that Americans are actually not that put-off by socialism, as long as they understand it.

Instituting the types of social programs that modern social democrats like Bernie Sanders call for (single-payer healthcare, free public education, etc.) would create a tax burden that the wealthiest Americans can and should shoulder for the rest of us. Under Republican Dwight Eisenhower, the top tax rate was a whopping 92%. Your uncle may point out that America has one of the highest corporate tax rates in the developed world, but that is different than the effective rate, which thanks to loopholes and corporate lobbying, as well as offshore tax havens, actually is one of the lowest.

Extra bonus points! The biblical system that conservatives like Ben Carson advocate for was actually a progressive system.

Not every family member can be progressive, intelligent, and, well, sane. And while many of us will be avoiding politics altogether in the interest of having a peaceful meal, those of us who cannot abide lies and falsehoods will be speaking up. Arm yourself with facts, and your conservative uncle will look as foolish as his beliefs are.