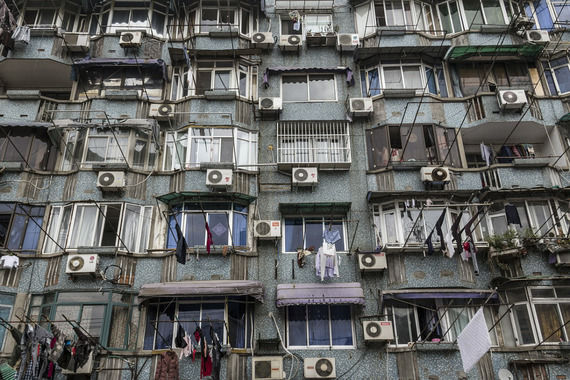 Cooling and refrigeration are essential to increasing labor productivity, improving educational outcomes, safeguarding food and minimizing its waste, improving healthcare, and supporting countries' digital ambitions (that computer of yours heats up pretty fast). And all of this, from improved productivity to education to health, is vital to eliminating extreme poverty and boosting shared prosperity across the globe.

And yet, it turns out that that refrigerator in the corner is doing more than extending the life of your fruits and vegetables: it's also contributing to global warming. In a somewhat ironic twist, we know now that in filling the hole in the ozone layer over the past few decades under the aegis of the Montreal Protocol, we unwittingly had been adding to global warming. The good news, though, is that we can act on this quickly, and the result (in ecological terms) is almost immediate. But if we continue as we have been, we could face big problems.

Undoubtedly, the Montreal Protocol's success at reversing a universal environmental problem, depletion of the earth's ozone layer, also helped in our fight against climate change. Without the Montreal Protocol agreement and its 25 years of action to stop production and human consumption of harmful chemicals, the climate challenge facing the world today would be far worse. Overall, the climate achievements in phasing out chlorofluorocarbons (CFCs) an organic compound made exclusively of chlorine, fluorine, and carbon, have been equated to the equivalent of eight billion tons a year of CO2. Yet, in hindsight we've learned that hydrofluorocarbons or HFCs, the chemicals picked to replace some CFCs, are very potent greenhouse gasses. What's worse, their use is on the rise globally, since they are seen to be the best substitutes for chemicals used in air conditioners and refrigerators.

The most concerning HFCs are thousands of times more potent than carbon dioxide. Yet unlike carbon dioxide, HFCs tend to stay in the atmosphere for a shorter period, making it possible, if removed, to see a visible reversal of temperature rise impacts within the lifetime of our children. By contrast, the longer atmospheric life of CO2 means it takes longer to see the impact of the removal of the gas, so tangible results would only be seen by our children's children.

From Dubai through Vienna to Kigali

With the climate challenge facing the world already immense, it's clear that action to reduce HFCs must be accelerated to avoid an irreversible tipping point. This has been the key focus of the Montreal Protocol meetings just held in Vienna, attended by ministers from around the world with a focus on phasing down HFCs. One seminal study projected that global temperatures can be reversed by as much as 0.5 degrees Celsius if HFCs and their projected growth are eliminated. We need every tenth of a degree possible.

Several of my colleagues and I attended the Vienna meetings, which were part of a series that started last November in Dubai with the specific aim to work toward amending the Montreal Protocol to phase-down HFCs. An amendment is important because it will give a clear global signal for action and since it's taken within the Montreal Protocol framework, it would enter into legal force rapidly. The discussions highlighted the need for flexibility to respond to different country situations, while at the same time demonstrating strong multilateral consensus for decisive action. The final decision will be made in October in Kigali, Rwanda.

We're already working on it

But with predicted growth projections of HFC being the highest in developing countries (no surprise, since this correlates closely with economic development), the World Bank Group is not waiting for an international agreement to start accelerating action on HFC reductions. We are already working with countries under our Montreal Protocol projects to see where reductions can be taken and where we can reduce HFCs as technology becomes available, affordable, and safe. For example in Thailand, we're working with manufacturers to produce air conditioners that are friendly to the ozone layer, while reducing HFCs and saving energy. Additionally, with Government of Canada support, we are developing tools for Bank teams to identify and act on opportunities for a "triple win" to reduce ozone, reduce HFCs, and increase energy efficiency where air conditioning and refrigeration are part of Bank investments.

We know the Montreal Protocol has already achieved results. We've had reports this year that the recovery of the hole in the ozone layer has already reached a surface area equivalent to the size of India, and full recovery is projected to be achieved before mid-century. But it's too early to celebrate: the challenge remains immense. October will be the time to make a decision that reverberates for generations to come.