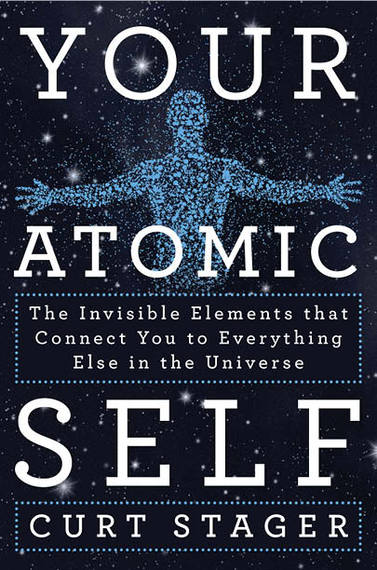 One can only wonder how Albert Einstein might have wrestled with the still-open question of how inanimate atoms produce life. He freely acknowledged the limitations of human understanding, including his own, and in July 1945, he wrote, "We have to admire in humility the beautiful harmony of the structure of this world -- as far as we can grasp it. And that is all." Science alone can take us only so far in our efforts to grasp the world, but sometimes teaming it with the arts can carry us the rest of the way forward on that journey. As a musician, Einstein understood this, and perhaps his love of music offered him insights into how life arises from atoms in ways that are now described in terms of "emergence."

An emergent phenomenon arises from relatively simple components that somehow become more than the sum of their parts, as random scratches become letters if they are shaped in certain ways. Letters can be grouped into words with meanings that depend upon their sequences. The letters e, l, f, and i, for example, can become "file" or "life." Emerging from the same kind of mysterious zone wherein the arrangements of words produce literature, teeming atoms and molecules somehow become living cells. In similar fashion a thousand minnows produce an undulating shoal of silver, a million citizens make a city with a distinctive identity, billions of coral polyps produce a complex and colorful reef, and trillions of mindless cells create a colony that walks, talks, and thinks of itself as a person.

Music, in this context, is an emergent phenomenon that arises from sound waves in air, and even if it can't completely explain the origins of life, it can help describe life while also making it more enjoyable. Einstein was an excellent violinist who particularly loved Mozart's music, and as his fame spread he was often invited to perform with some of the world's most accomplished musicians. Pianist Artur Balsam, when asked about the musical abilities of the revered author of relativity theory, replied, "He is relatively good."

But Einstein's relationship to music was more personal than professional, and although he could have owned the best of instruments, he preferred to lug an inexpensive fiddle in a battered case wherever he went. This included Camp Knollwood on Lower Saranac Lake in New York's Adirondack mountains, where he often played alone on the veranda and also enjoyed playing duets with the concert violinist Frances Magnes, another frequent summer visitor to Knollwood. "If I were not a physicist," Einstein once said, "I would probably be a musician.... I see my life in terms of music." 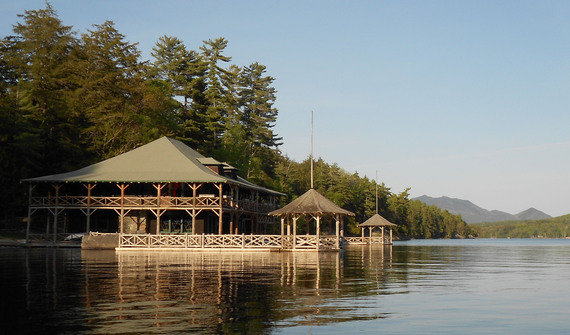 What can music reveal about the atomic nature of life? Physicists sometimes compare the oscillation patterns of orbiting electrons to standing waves in the resonant strings of musical instruments, and the vibration patterns of subatomic superstrings have been said to resemble harmonic sequences that can be played on a violin. But atoms are more difficult to define when considered in terms of quantum mechanics, and both music and life resist precise definitions as well. Biologists still argue over whether or not some animals' vocalizations constitute song or mere noise, and even scientists who study the origins of life on Earth have no firm definition of what life itself is. Try it yourself sometime, as I do with students in my introductory biology class at Paul Smith's College, not far from Saranac Lake.

After the students list a dozen or so features, including eating, respiring, responding to stimuli, and reproducing, I unveil a chainsaw that lay hidden behind the lecture podium. As jaws drop and laughter erupts, I pull the cord and the machine roars to "life." Nearly every feature on the list is displayed in the consumption of fuel, the exhalation of waste gases, and the raucous responses to my trigger finger. When I "kill" the engine, someone always asks, "Wait, what about reproduction? It can't be alive if it can't reproduce." And as you might guess, a fairly crude reply soon follows, along the lines of "What about a nun, then? Isn't a nun alive?" or "What about a mule? A mule couldn't reproduce even if it tried."

If defining life is this difficult, no wonder we struggle so much to understand how it arises from atoms. But even if we can't fully explain what life is, the emergence of music from vibrating molecules can help describe what life is like. Consider what might happen if you were to borrow Einstein's violin, which is still played in concert by his great-grandson Paul, and use it to perform one of his favorite melodies, Mozart's Sonata in E Minor, on the dock at Knollwood.

The sounds themselves are short-lived waves of air molecules striking your eardrums, and your perceptions of pitch and tone emerge from waves of neuronal ions that trigger emergent sensory and emotional responses in your brain. The melody itself, however, is a metaphysical pattern that emerges from the process of playing and, ultimately, from a lyrical thought in Mozart's mind in 1778. The emergent phenomenon of the Sonata in E Minor outlasts any single performance or player, and it exists with or without the instruments that embody it in sound or the scribblings that transcribe it to paper.

Perhaps that is what you are most like, then: not the physical instrument of your atoms but the unique pattern that emerges like music from their interactions, an abstraction that is nonetheless real. Perhaps you are like a living melody that successive orchestras of atoms perform in the theater of your body until, sooner or later, the concert series ends. Walt Whitman suggested as much when he wrote:

I celebrate myself, and sing myself,

And what I assume you shall assume,

For every atom belonging to me as good belongs to you.

Like the sound of a sonata, like Mozart, Einstein, and Whitman, you too will be gone someday. But like the abstract structure of a musical composition, the space-time coordinates and emergent patterns of your life are immortal, and your atomic and subatomic components will continue to exist in many and varied forms for trillions of years until even they must melt into the silence of a dying universe. As Whitman concluded:

I depart as air, I shake my white locks at the runaway sun,

I effuse my flesh in eddies, and drift it in lacy jags.

I bequeath myself to the dirt to grow from the grass I love,

If you want me again look for me under your boot-soles.

In the meantime, welcome to your atomic self. Hydrogen has become you after billions of years of stellar fusion and countless dances of atoms in air, water, earth, and fire on this planetary vessel of ours. As you finish the rest of the story of your life, may you share your matter and energy ever more wisely and well with the universe.

Now take another breath, if you please, not only because you must but, wonder of wonders, because you can.

Excerpted from Your Atomic Self: The Invisible Elements That Connect You to Everything Else in the Universe, by Curt Stager. Copyright 2014 by the author and reprinted by permission of Thomas Dunne Books.

Professor of natural sciences at Paul Smith's College, author of "Your Atomic Self" and "Deep Future."