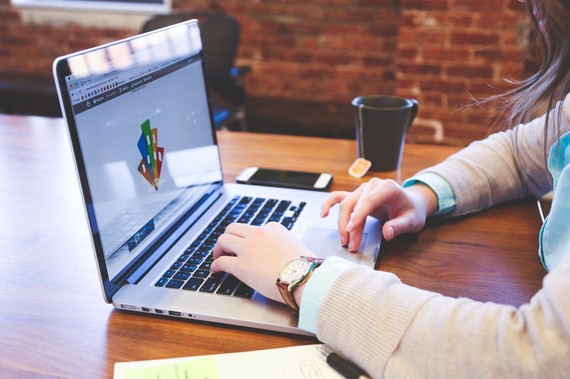 You can't compare yourself to your idols. I gave a talk and a series of workshops yesterday at Spark Bureau on the Sunshine Coast. It was a great day, talking about startups, content and what makes people give a shit about your work. One question I had that I found really interesting, was how do you get your work, your product or your writing up to a point where you know it's good enough to release?

I've been asked that before. And in fact, when I was starting out in business and creativity, that question used to keep me up at night. It would torture me, it would chase every scrap of inspiration and motivation out of my head. I couldn't get away from it.

How was I supposed to know my work was good enough? I used to compare it to the people I tried to emulate. I used to compare my blogging, my product design, my writing, my personal website, even the sound of my voice when I recorded a video, to people who had been doing all of this for years.

That's not an unusual thing to do. We all compare the work we're doing to the best work in our field, and when we recognize that it's not as good, we get incredibly down about our work, and we freak out, worrying that it sucks. Well I've got good news for you. It probably does suck.

Why is that good news? Why do you want your first work to be the furthest thing from a masterpiece? Essentially it's because when you start out, the biggest hurdle and the hardest challenge to beat, is just putting yourself out there. If you can accept that your work isn't the best thing in the world, you'll be taking away the biggest obstacle that stands between you and following your ambitions or hitting your goals.

The fact is, as long as you can start releasing some work, any work...you're giving yourself a beginning. You're writing the first part of your story, putting ink on the page. You're founding, not just dreaming. You're building, not just wishing.

When the first hurdle is over, you have room to improve on everything. You can keep making tiny changes, and small advances every day, every week after you've initially started to put yourself and your work out into the world and had the guts to be proud about it.

There is no way to make a product, a piece of writing or a startup better if you don't show it to people and find out what works and what doesn't. You might discover elements of it that you'd never have considered as important or crucial to its success. You might find people love parts of your work or your company that seem inconsequential to you. The only way to go forward is to just start with what you have, recognize that it's not perfect, and make a commitment to improving it over time.

Musicians compare themselves to other musicians. But it's rarely about their peers, or the artists in the same position as them. It tends to be their idols, at the tops of their careers. A musician starting out in her career is most likely to listen to an established artist, with a huge recording budget and a team of writers, producers and talented collaborators behind them. She'll listen to the glossy, perfect sounding music that idol is making, and compare it to her bedroom demo, and feel like she's not going to make it.

That doesn't make sense. It's an insane thing to do. Writers do the same thing -- they compare themselves to Hemingway's best work when they're halfway through writing their first. Entrepreneurs are almost worse. They compare their early stage startups to Apple in 2016.

When they first started, Jobs wasn't getting up on stage, saying One More Thing and changing the world with a slab of glass. He and Woz were selling hand made, hand soldered computers to a few enthusiasts.

Everyone you're trying to emulate at the top of their career was a lot closer to you when they were at the start. If they hadn't just put out the work they'd done, with all of its flaws, in all of its imperfections, the world would be a different place.

Go ye and do likewise.