Bumper-to-bumper gridlock didn't do it. Nowhere-to-park didn't do it. Taxes on city driving didn't do it. But as gas becomes so expensive that filling your tank is an equity position, people are starting to rediscover and appreciate public transit, say news reports.

So many car commuters have converted to bus and train commuters, cities are reporting an eight to 34 percent rise in public transit usage.

Here in Mayor Rahm Emanuel's town, the transit system is good enough that you can get away with not owning a car at all, like New York City. Not only can you get to both airports for $2.25, you will get there quicker and save $30.00 or $40.00.

But even though most Chicagoans will take public transit to Cubs and Sox games, Navy Pier, Taste of Chicago and Lolapalooza, when it comes to work they are pretty, well, Angeleno and tend to buckle up for the ride. 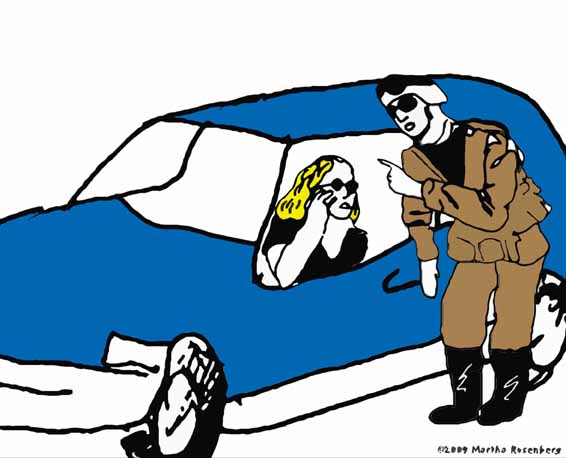 During blizzards like the one we had on Groundhog's day, the amount of people who own cars they don't regularly use was revealed dramatically. Car "carcasses" were dug out weeks later in a meteorological version of the barfly whine, "I can't find my car."

But as gas prices sky rocket in Chicago, parking lots are emptying, say attendants, and strap hanging appears to be up.

Of course getting people out of their cars and onto the train has always been a tough psychological sell, say transit activists. Even if driving costs more, even if you float in a sea of brake lights as train whiz by and actually beat you to work, there's the convenience of leaving when you want, sitting down and controlling your own environment. (And who you sit next to.)

Driving is regarded as a "right" and gives people a feeling of control even as they move nowhere and burn their equity position. Many say the worst part of a DWI conviction is losing driving privileges, and being towed can cause a well adjusted person to panic.

But of course the paradox of city driving is you're "in control" of your car but out of control of everything else: road congestion, weather, parking, other motorists, accidents and of course gas prices.

So it's no surprise that some who have surrendered the wheel to the bus or train operator find it sweet. In addition to some reading, music or quiet time, they don't arrive at work splenetic at the guy who cut them off. (Nor does the guy they would have cut off arrive steaming.) One recent train convert reports the conductor saw him coming and actually held the train for him. When has that ever happened -- a car waiting for someone else -- in rush hour traffic?