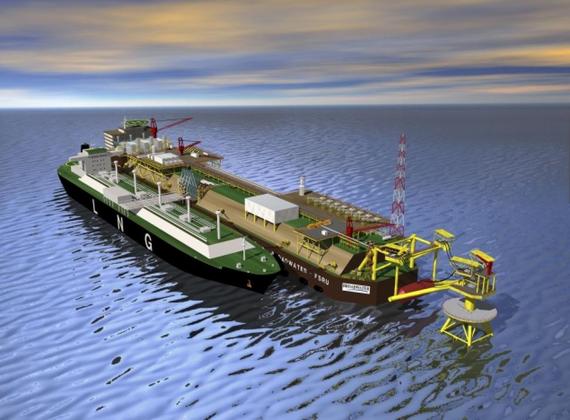 The hearing is tonight, Wednesday. And there are other ways to comment.

The proposal is to create a liquefied natural gas facility 20 miles south of Jones Beach. It would be called "Port Ambrose." Ships would bring super-chilled liquefied natural gas, which would be piped to shore. I use natural gas for heating and cooking. I also oppose this facility. That doesn't make me a hypocrite; it makes me someone with a conscience who wants alternatives to fossil fuels rather than more excuses for more fossil fuels.

Do we really want to allow gas pipes all over the seafloor, locking us into more use of a dangerous fossil fuel and interfering with planning to develop wind turbines in the same region? I don't. Neither does the NY Daily News, who came out against this plan.

Whether you're pro or con, call Governors Cuomo: (518) 474-8390 and Christie: (609) 292-6000. I hope you tell them you'd like wind instead of more hot air from gas. The governors have credibility on this issue. Governor Cuomo recently extended a ban on gas "fracking" in New York State because of the mess it's creating in neighboring states. Governor Christie, three years ago, vetoed a proposal for the exact same liquefied gas facility that's now being proposed, when it was proposed to be sited closer to the New Jersey coast.