I love road trips. Maybe it's the freedom of the open road, or seeing things you'd never see by flying. Whatever it is, a road trip is something I'm always up for. At the same time, though, there is a certain amount of "fear" that can go along with one of them. But it's mainly something like being crammed into a car with people for hours at a time, or fighting with your siblings over something meaningless like who sits where. Don't pretend like you don't know what I'm talking about.

Why go on a road trip?

Why not? You get to see more of the country, and many times it's cheaper than flying. For example, you don't have to pay for an airline ticket (or tickets, if you have a big family), a ride to the airport, or, if you prefer, parking at the airport. Plus, there are several ways you can make those road trip expenses you do have even cheaper: 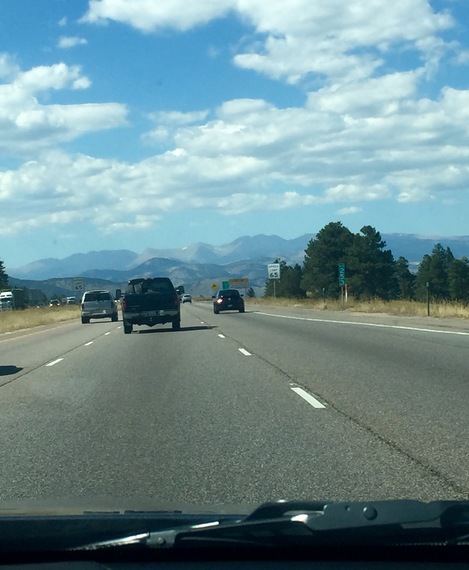 An optimal road trip across the U.S.

This kind of stuff amazes me. Computing the optimal road trip across the United States is no easy task. Why not hit up all 48 contiguous states? And if there's an "optimal" route to take - even better (cause I'd probably do more of a zig-zag pattern). The first optimal route takes you to major landmarks in the 48 continental states. The second one takes you to a major city in each of those states. 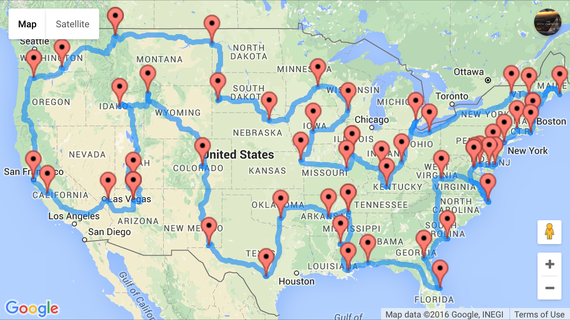 Back in reality, unless you're retired or have a lot of vacation time, you probably won't be able to do either of these routes. That's because driving the optimal route(s) would realistically take 2-3 months!

A popular idea among sports fanatics is to take road trips to all (or some) of the Major League Baseball ballparks. If that's not your style, a trip around the Great Lakes may be something more your speed. Or you can kick it into gear along the historic Route 66. If you're in the mood for a beach or two, a drive along the Gulf Coast, or California's Pacific Coast Highway may be just what you're looking for.

Most vacations I went on growing up were in a car. Since then, I've moved long distance twice. Once from Illinois to Florida, and the second from Florida to Texas. Both times, I made little road trips out of the move. And because of that, I can say I've taken in many cities I normally would have never seen.

Obviously, there are some extenuating circumstances I haven't mentioned, such as the extra time off you may need from work to drive, renting a car for the road trip versus using your own, and so forth.

But if you think a road trip is in your future, the possibilities are nearly endless. The route you take, however, is up to you.