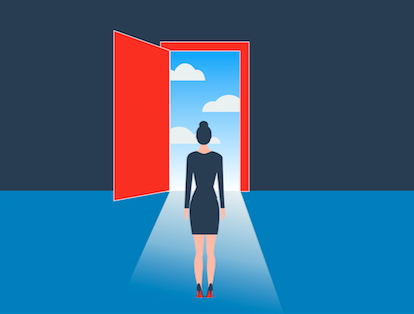 It takes Outside of the Box strategies to keep your employees from leaving and to reduce your employee retention costs.

It all starts with understanding and investing in your people. I am not referring to the non performing, dissatisfied ones. They will leave anyway. I am talking about the highly productive employees - the ones you want to keep.

FACT: The cost to replace a producing employee is more than you think. As the leader of C2C Executive Search & Strategic Consulting, I can confirm this from direct involvement with the process for more than 12 years. You are not just losing revenues from a hole in productivity. The losses are higher than that.

•RECRUITING: Outside recruiters make between 20-35% of first year salaries. Some are contingent and others (like C2C) are retained based firms. Glassdoor provides a sliding scale in dollars based on city. Often these percentages apply to the entire new employee package which can include signing bonus, relocation, first year commission/bonus, travel and expense on top of the fee to get the right person on board.

•TIME IS MONEY: Your internal team is taken away from their own productivity hours because they have to interview many candidates several times in order to find the right fit.

•TRAVEL: You may have to fly several people in or meet with them in another city. Add in hotels, meals, taxis, parking. . .

•ON BOARDING: Once you finally hire someone, you have to figure at least six months (often called a 'stub period') which can include ramping up knowledge and cultural adaptation before a new year begins. Salaries and titles are usually tied to this time period. Basically, there are costs to train someone new.

While there are many other costs that can be added, I believe these to be the major ones.

So how do you keep them from leaving so you don't have to keep burning money?

Every company is different and every culture is unique (you want that), yet there are a few general strategies that you can implement so that your top people think twice before leaving.

While inviting an intuitive, experienced Employee Retention Team to help you customize an approach might be best, here are some great starting points.

FACE THE FACT: Many of your employees are unhappy in their job. According to a report from the Conference Board, the percentage is higher than half.

Talk to them. Make it a habit to have one on ones with your key people - actually your junior ones too because they are on the rise. Ask them how they are doing and what you can do as a Manager, Boss, CEO, Company to make their experience better. Ask them how they see themselves being more involved in company direction. What ideas do they have? Start a regular conversation.

FACE THE FACT: There are egos among your ranks that are ruining company moral. You need to get to the bottom of it. It is rare to see this nonexistent in any company. An outside team is best to figure this out so that you don't alienate anyone (even the egos), but chinks in the armor are not good and people leave more because of bad management than anything. A recent article in Forbes lays out some of the thoughts behind this unspoken truth.

FACE THE FACT: Some or your employees are BORED. In my job I talk to bored workers every day. So how do you fix this?

I was in a Whole Foods the other day and happened to walk by the Employee Break Room, which was glassed in for all to see. There was a ping pong table toward the back with two employees playing. They were totally engaged - laughing, competing, letting go of stress and having fun. When they emerged it was clear that they were fast friends as they relived their match. I watched them return to their stations with huge smiles on their faces.

Enthusiasm - Happiness - Connecting with Others - it's contagious. Each customer they interacted with smiled too.

Bottom line: Put some fun into your employee's day.

You get it. Make work fun and it will start to feel that way.

There is a cool bar in San Francisco called The Royal Exchange, where finance guys and gals go to unwind after the market closes. The energy is awesome! Go out with your employees. Be accessible. Have some fun and let them see that you can.

FACE THE FACT: Your Employees want to matter. Money motivates, but it's not just money that wins over your people. It's making them feel that they matter, that their contributions are noticed and appreciated. If they are, they will be more loyal and contribute even more. According to a 2010 Harvard Business Review study, engaged/valued employees give much more effort in their job - which means loyalty from my perspective. Praise is a wonderful thing. Constructive criticism can be valuable too, as long as you deliver it with praise as part of the equation.

So acknowledge everyone. Engage. Value. And don't forget the guy that delivers the mail. He is studying and learning and may run the company someday.

Your employees will return with loyalty and steadfastness and you won't lose a ton of money having to hire someone new because if you do it right, they won't leave.

Jody B. Miller is the CEO of C2C Executive Search & Strategic Management. She also writes books about work/life balance, articles about topics we think about (yet don't always talk about), and novels about love and friendship. Her new book, SHIFT, will be in stores in late 2016..