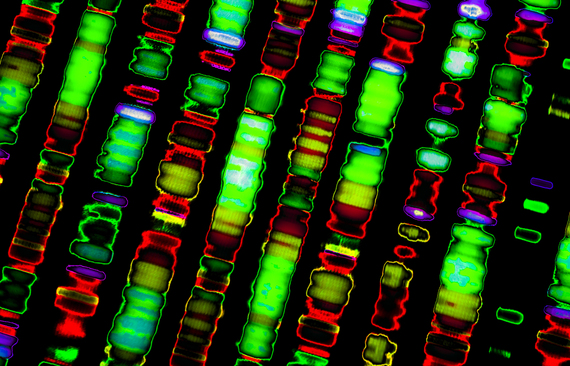 At Advances in Genome Biology and Technology, a conference for genomic scientists held earlier this year, one speaker told attendees that the use of genome sequencing to improve patient care is no longer a far-off goal -- it's happening today. While you won't encounter genome sequencing on an average visit to the ER, there are certain clinical areas where this technology has indeed become routine: cancer, pediatric care, the diagnosis and treatment of ultra rare diseases and a few others.

During that same conference, other scientists and doctors recounted impressive cases, from leukemia patients whose cancer was accurately monitored with sequencing, to epilepsy patients whose symptoms were successfully treated with a normally unrelated medication chosen because of DNA data. An infant with life-threatening liver failure was restored to health after emergency genome sequencing pinpointed the problem.

By now, most people are familiar with at least one amazing story of a patient whose dismal prognosis was turned around by information gleaned from genome sequencing. Just a few years ago, those of us in the genomics field could easily have named almost every patient with this kind of success story. What's remarkable is how rapidly the field has gone from affecting a handful of extraordinary cases to regular use for many thousands of cases each year.

To understand this rapid transition, I reached out to Gregory Tsongalis, a pathology professor and translational research expert at Dartmouth Hitchcock Medical Center. Tsongalis and his team had just hit a milestone: sequencing genes of their 1,000th cancer patient. "We're really past the point of 'Yeah, this might be cool,'" he told me. "It's something that we do routinely." And this isn't just academic science, either: The sequencing data is regularly used by oncologists at the hospital to tailor patient therapies.

Tsongalis says the increase in clinical sequencing for cancer has been driven both by therapies meant only for patients with tumors having certain genetic markers and by the introduction of a new generation of reliable, high-capacity DNA sequencers. "I don't think we've had as powerful a technology as next-generation sequencing, ever," he says. Compared to the DNA sequencers used in the Human Genome Project just two decades ago, today's technology can produce exponentially more data in a fraction of the time, analyzing each piece of data in a genome repeatedly for unprecedented accuracy.

Databases of genetic variants and how they relate to disease have been built up significantly in recent years; Tsongalis credits that with dramatically advancing the clinical utility of DNA data. As labs around the world share such information, scientists, clinicians, and patients everywhere get the benefit of more accurate genome interpretations.

Looking ahead, Tsongalis sees every indication that genome sequencing will become a mainstay in hospitals, and he thinks advances in the field will keep pouring in. In the next few years, he anticipates changes to DNA sequencing platforms that will reduce time and cost needed to read a genome. "We'll be able to do a lot more sequencing with a lot less effort," he predicts. The actual sequencing will become trivial, he adds, and development efforts will shift almost entirely to building better and more automated genetic interpretation tools.

Back at the scientific conference, the speaker who talked about the infant with liver failure -- Stephen Kingsmore from Children's Mercy Hospital in Kansas City, Mo. -- noted, unsurprisingly, that waiting until a patient is in crisis to do the genome sequencing is not ideal. For optimal care, he suggested it would be better to sequence a person's genome at birth so that information could be readily available when a problem does arise.

Back in the days of the Human Genome Project, talking about a future where every baby's genome would be sequenced was the hallmark of a visionary, or a crackpot. (Or both.) With technology moving faster and faster in this field, that vision is becoming very close to reality.