Last Friday night, a pit bull with signs of abuse wandered onto a stranger's porch in Nashville, Tenn. The stranger took her in and then took to Craigslist with a powerful message for the pit bull's former owner.

"Your pit bull found me," the post reads. "And I'm not giving her back." 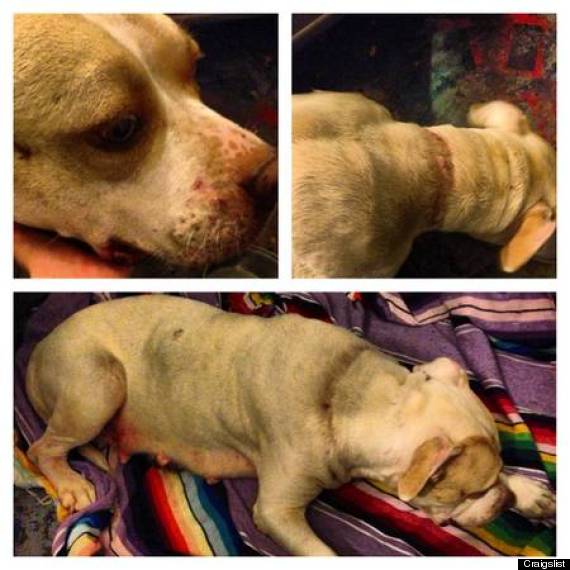 The poignant post almost immediately went viral. In it, the Craigslist user accuses the former owner of severe abuse including dog fighting and relentless breeding.

"With each bite of her they took and each yelp she cried, they'd look at you for reassurance. Because all they wanted to do was please you... Loyalty is in their blood. Violence is not."

The user goes on to beautifully write that the dog -- now called Mama Jade -- has not lost her spirit. She still fears other dogs but loves humans. "She'll give you slobbery kisses and nuzzle your face with love," the post reads.

Then comes its most moving passage:

Tomorrow, Mama will finally feel peace. And when she closes her eyes and takes her last breath, I'll be there. I'll hold her big ol head and I'll tell her how much I love her. And when her soul has left her battered body and I've dried the tears enough to see, I will document every bruise, every bite, every cut, scrape and gash. I'll photograph her teeth, or rather, where her teeth used to be. I'll turn in all the evidence and post it where EVERYONE will see it. I'll use it to educate kids in heavily crime ridden areas, on the horrors of dog fighting. If you could do that to a dog, you should not be allowed in everyday society. And teaching our children right from wrong is the only way to put a stop to this.

But just hours after posting the note, the user added a heartwarming update: "Literally thousands" of emails from people had come in offering to help Mama Jade.

"The response ... has restored a lot of my faith in humanity," the update reads. "Many people and charities have asked if they could donate funds for Mama to get the treatment for her cancer."

By popular demand, a Facebook page for Mama Jade was set up. In only eight hours, it has received more than 15,000 likes. 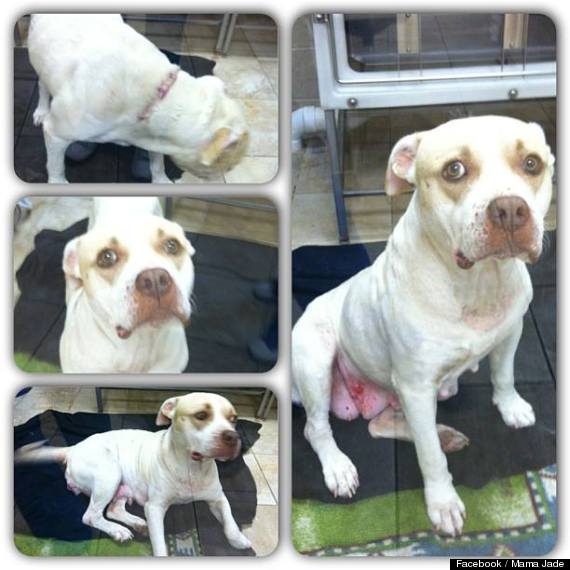 "Thanks the overwhelming response I received from posting Mama Jade's story on Craigslist, this girl is getting yet another chance to live a beautiful life," the Facebook page reads. "From the bottom of my heart, I can't thank everyone enough for the kind words & incredible support."

For updates on Mama Jade, head to her Facebook page. You can also read the full Craigslist post here.

This Craigslist Ad Will Break Your Heart And Put It Back Together Again
13 Awesome Animal-Human Reunions
1 / 13
Dog Rescued After Tsunami
Ban was reunited with her owner in tsunami-ravaged Japan after a news channel aired dramatic footage of her being rescued from the sea. This is pure joy.