Your Start-Up Life is a business advice column by Rana Florida, CEO of the Creative Class Group. In addition to answering readers' questions she features conversations with successful entrepreneurs, creative thinkers and innovative leaders. Send your questions about work, life and play to rana@creativeclass.com

As the US Open mens finals wrap up today, I couldn't help but remember the many weekends I spent glued to the television in years past, marveling at Andre Agassi's will and determination. His achievements on the tennis court are easy to count: eight Grand Slam titles, an Olympic gold medal, and 60 titles. He is one of only five male singles players to win all four Grand Slam championships (Wimbledon and the Australian, French, and US Opens), achieving the Career Grand Slam. He was inducted into the Tennis Hall of Fame in 2011 and into the US Open Court of Champions yesterday joining the ranks of prior inductees such as Arthur Ashe, Jimmy Connors, Chris Evert, and Billie Jean King. 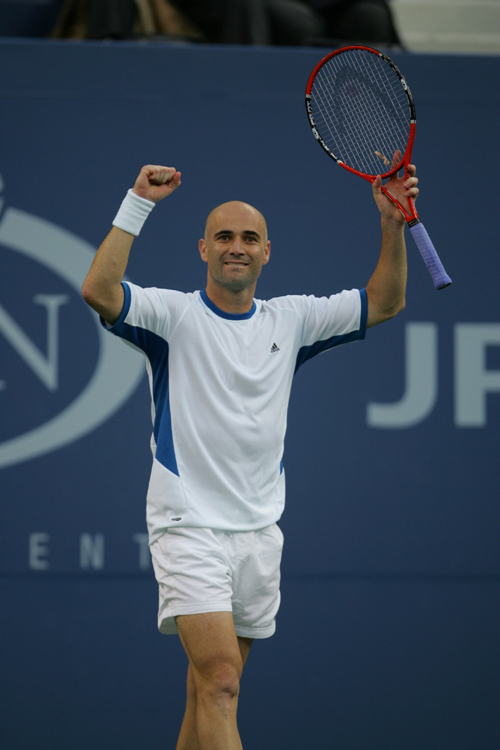 Off the court, Agassi has found similar success, but it took time, patience, and a few bumps along the way. Open, his 2009 autobiography, details his unpredictable path into tennis in an intimate and daring voice rarely seen in sports writing.

Since retiring from the game after an emotional 2006 US Open, Agassi has shifted his legendary focus and determination to the world of education reform. His Andre Agassi Foundation for Education opened a charter school, Andre Agassi Prep, in West Las Vegas, Agassi's hometown, as early as 2001. Devoted to transforming U.S. public education for under-served youth, the Foundation has raised almost $177 million for its mission. 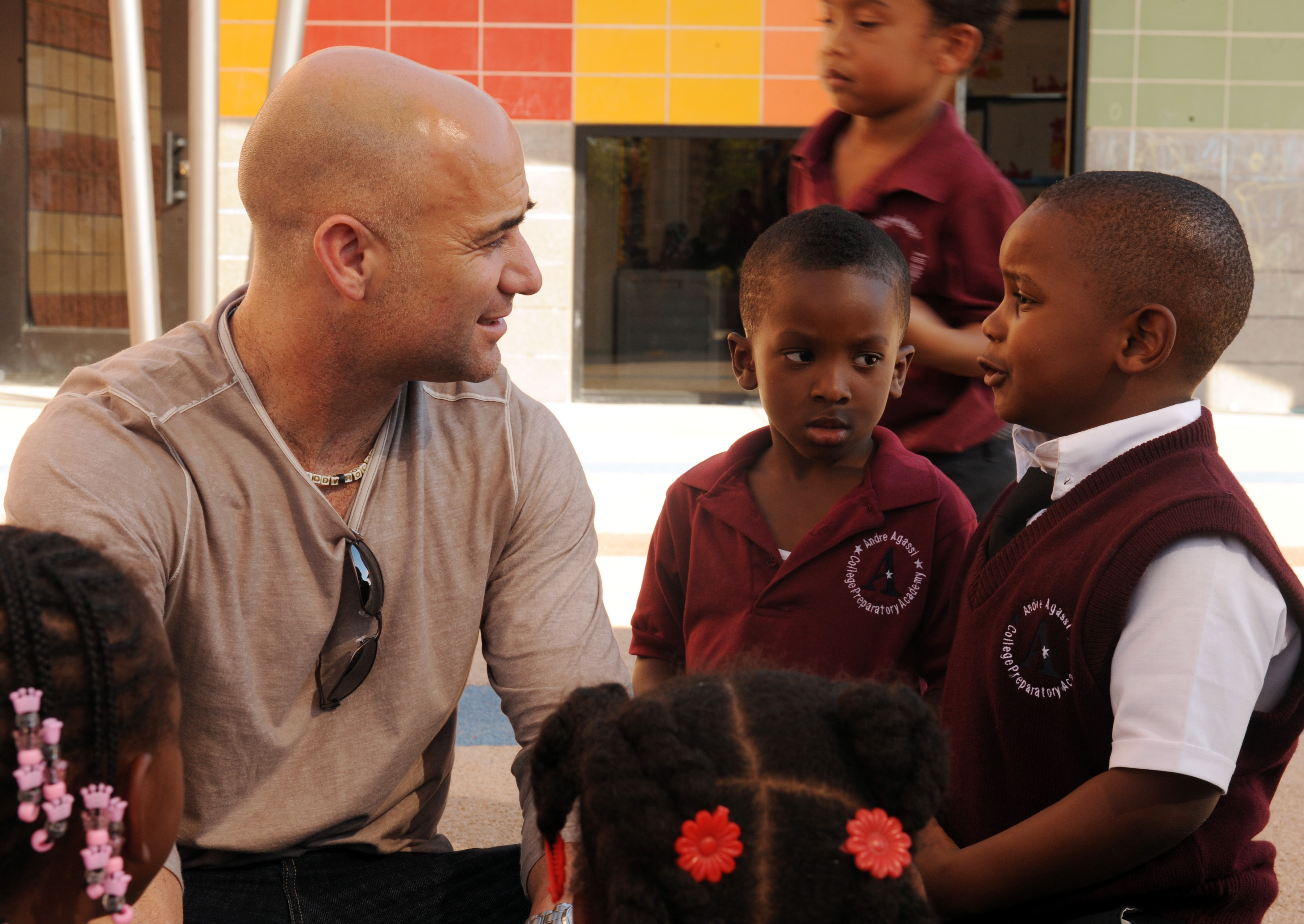 While managing the foundation and his other interests with his wife, former tennis great Steffi Graf (the two play a prominent role in the Louis Vuitton ad campaign), Agassi still finds time for the game. He headlined the World Team Tennis this summer, facing John McEnroe in singles and doubles to raise money for McEnroe's charity, defeating his old rival in the singles match. "Look how big the guy was playing," McEnroe afterwards told an interviewer for The New York Times. "He was smothering me, and I was just trying to get going."

I've talked with successful CEO's, authors, chefs, politicians, fashion designers, architects, artists, philanthropists, doctors and entrepreneurs, but I've yet to interview a sports star for advice on business. Since Agassi was my all time favorite, I was eager to hear his insights on how to achieve success, overcome failure, and remain committed to something you're not passionate about.

He didn't disappoint me.

Q. What advice would you give to those who achieve success at a young age?

A. Don't think about it. Don't dwell on it. Don't treat it as anything more than a blip, which is the same way you should treat early failure. Success and failure are so often the result of outside factors, things beyond our control, so you need to keep your mind on the few things you can control.

Learn to love the process, the work, and disconnect your ego from the results. The earlier you learn this, the more peaceful you'll be, and peace, not success, is the goal.

Q. Author of Outliers, Malcolm Gladwell, says that achieving greatness takes enormous time, about 10,000 hours before becoming an expert at something. Does that sound about right? If so, at what age did you reach that mark?

A. Much as I admire Gladwell, I'm suspicious of such a precise number, a one-size-fits-all rule for success or failure. Human beings are too varied. Sure, 10,000 hours of practice at a young age is a great step in the direction of proficiency, if not virtuosity. But I can't call it a guarantee. By the same token I've met people for whom 5,000 hours, or 3,000, would have been plenty.

Q. How important is finding the right mentor for success?

A. It's more important than the number of practice hours. The right mentor--counselor, teacher, coach, friend--is everything. Failure is lonely, success is lonelier, so it's vital to have one person you trust, one person who understands your struggles, from the inside, because he or she has been through it all and survived. Every sport, every art, every job, has its own language, and you need someone in your life who speaks your language fluently. I've been lucky, I have more than one person in my life who fills that role.

Q. Most of us struggle to find our passion. How do you find the will to succeed at something you're not passionate about?

A. By making it part of a larger project for which you do feel passion. When I realized that I wasn't born to play tennis, that I was made to play tennis, I searched for other things to which I felt more deeply and emotionally connected. Like education. I then made tennis part of that work. Anyone can do this with any job. If you don't love the task at hand per se, make it about your family, make it about serving others, make it about simply being conscientious. Make it about something other than your own fleeting wants and needs, work at it with everything you've got, and then stand back--the results will be magic.

Q. How do you select companies and brands to align yourself with? What do you look for?

Q. How do you prioritize and juggle so many initiatives professionally and personally?

A. I feel time running through my fingers every day. I've always been hyper-aware of time, ever since I was a kid. People chase money and forget that time is our most precious resource. So for me it's a daily struggle to find a balance between work and friends and family. The first step is accepting that there's no foolproof system, no perfect formula for time management. All balance requires constant tweaking.

Q. How important is getting an education for a professional athlete?

Q. What are the advantages/disadvantages to working with family members?

A. The trust is deeper. But also I would say that over time, so-called outsiders with whom you work closely, with whom you go to battle again and again--they become family. And if they don't, you need to say goodbye.

Q. What is the best way to replace a team that isn't supporting you properly?

A. Immediately. If not sooner.

Q. How do you tackle failure?

A. Same way I tackle success. By treating it as the illusion it is.