Leaders and employees often talk about their work culture as though it's a static, immovable object. But while there may be foundational tenets, culture is actually a fluid and dynamic process capable of changing at any moment.

After a few weeks of backpacking throughout India, my wife and I had finally made it to Agra to see the Taj Mahal. A city in northern India's Uttar Pradesh state, Agra has all kinds of sites to see--there's the Agra Fort, a former walled city of red sandstone that stands gorgeous in contrast to the green grass surrounding it and the blue sky above.

And there's the Tomb of Itimad-ud-Daulah, a white marble mausoleum so beautiful that we stood in front of it in awe even as a sand storm swirled around us.

And then, of course, there's the Taj Mahal. As we approached it, when it was still too far off in the distance for us to see its majesty, the tour guides started in on us. They all asked us if we knew who built the Taj Mahal, if we knew the story of romance behind its construction. Others asked us how much we would pay to find out. Still others came right out and told us the factoid: Shah Jahan built the Taj Mahal.

Though we had dog-eared most of our Lonely Planet India, we hadn't yet had time to dig into the history of the Taj. All we knew was the surface (and in many ways romanticized) story of how Shah Jahan, a Mughal Emperor, had the Taj built in the 1600s to 'preserve the love' he had for his recently-deceased wife.

As we waded through the sea of tour guides and other tourists, we came to see why this structure was so damn impressive. The symmetry, at such a scale, is immaculate by modern standards and was surely even more of a marvel nearly 400 years ago. And because the white marble is inlaid with seemingly infinite semi-precious gemstones, the entire structure shimmers under the sun's light in a way the camera can't catch and in a way that makes it stand out from any feat of human engineering we'd ever seen.

We were standing next to the main entrance when another tour guide approached:

"Do you know who built the Taj Mahal?" he asked.

"Shah Jahan!" we both answered, quickly trying to move past the man.

The guide was dogged, and followed our every move despite me telling him to please leave us alone. After 5 minutes I finally gave in, said we'd pay him to get the answer, but that he then must leave us alone.

Upon payment, he said:

It was a moment we would never forget, and it's a principle that stuck with us and helped guide the next few years we'd spend in Asia.

This story has been brought to the surface of my mind lately.

Part of my job is talking to CEOs and employees about their company culture, and their own words often bring these words rushing back to me like some kind of mantra:

They'll tell me, "Our culture is our core values."

Or, "Read our mission statement if you want to know our company culture."

Or even, "I built a company culture where everybody loves coming to work."

It's like they see their company's culture as how I used to see the Taj Mahal--this object that doesn't move, can be understood simply by being read about, and was created by one person (themselves).

It's as though they are the legendary Shah Jahan of their team's culture.

But here's the deal: an amazing part about seeing the Taj Mahal is the community that swirls around it. It's a dynamic experience, an experience that can change based on where you're standing or what the weather is like or even what energy you bring to the structure itself. If there are core tenets of your team's culture, a solid object your team has put in the ground and will not stray from them, that's great. Use that as your base.

But the community that swirls around that base is always changing, and this is a huge part of your company's culture, too.

And so is where you're standing in relation to those core tenets, and how that's likely a different place than somebody else on your team. In other words, you experience your team's culture based on where and how you float within it.

What about the metaphorical weather during a particular day or week or month? Yup, that's culture as well. If your whole team has their head down for two straight weeks to complete an important project, and during this time a new employee is brought on board, it's important to consider what that initial experience will be like for them.

Same goes for the walls you intentionally or unintentionally build around yourself, or the vibes you bring to each interaction with your teammates. Your culture is made of these infinitely changing moments in time, which means you have a far greater impact on your company culture than you may think.

This is all pending that, for goodness sakes, you don't buy into the following notions:

1. that one person built your team's culture

2. that your team's culture is static and that there's nothing you can do to change it

As a team leader, you certainly contributed to it, perhaps to greater degrees than others, but it nonetheless took a village--a bunch of people doing their small but important work to build the structure and add in their own unique gemstones.

Culture is a living, breathing organism. It is different without you and nonexistent without community.

Management professors Sigal Barsade and Olivia A. O'Neill refer to this "small but important work" as "micromoments." Speaking of the emotional culture in companies, they state:

"...you have to make sure that what is codified in mission statements and on corporate badges is also enacted in the 'micromoments' of daily organizational life. These consist of small gestures rather than bold declarations of feeling. For example, little acts of kindness and support can add up to an emotional culture characterized by caring and compassion."

To say it differently, while the Taj wouldn't exist if it weren't for Jahan's "bold declaration," it also wouldn't exist without the 22,000 masons, painters, inlayers, carvers, and countless other artisans. And it wouldn't be so exciting without the shimmer that changes with every step you take, and the community that buzzes around Agra.

As the authors put it, "large, symbolic" gestures can matter greatly, "but only if they are in line with daily behavior."

So what are these micromoments? They can include everything from facial expressions, body language, and a kudos board on the wall to highlight cool things employees did for each other. Even office furnishings and company-wide events outside of work can be considered the kind of micromoments that help build a team's culture.

I've talked to some amazing teams who have incorporated gestures on the larger side--things like team retreats at out-of-country resorts and free memberships at nearby yoga studios--but this focus on the 'micro' got me thinking about some of the things I've seen in the past few weeks from my own team at Flow.

Let me first state: our culture at Flow is nowhere near perfect, and just like so many of you we are always making mistakes and trying our best to learn from them. But here are some recent micromoments that meant a lot to me, and have the potential to help us all grow and bond as a team:

A few weeks ago, Remy Hall, this dude:

asked if I wanted to try a Buffer-style 'mastermind' session with him. Basically, a core part of Buffer's culture is not only employees connecting, but employees creating safe spaces for and learning from each other. A mastermind session is where two employees, ideally from different but somewhat-related departments, jump on a call to essentially do the following:

1. First take turns sharing achievements of the past week (personal or work related). Have a brief discussion about any patterns found about how these achievements relate to previous weeks/months. About 10 minutes each person.

2. Talk about challenges, get deep on this one, be willing to be vulnerable. Try not to solve the person's challenges through advice, but instead ask questions that can help the person unlock their own solutions. About 20 minutes each person.

3. Brief review, steps forward. Scheduling of the next one.

I'll say, the mastermind session went incredibly well. Remy and I definitely connected, and I learned more about what he's up to both personally and professionally, and where our work could intersect.

But it was his reaching out to give it a shot that made this a culture move. Like so many others, Remy could have read the Buffer article, thought it a fantastic idea, but then never taken the step to reach out. His reaching out was proof that a strong foundation of culture already existed at Flow, and the result of our having an awesome session meant we just reinforced the best parts of our team's culture. Note: I'd recommend giving this a shot!

Last week, when I had a family health emergency, my colleague Jeremy Giffon: 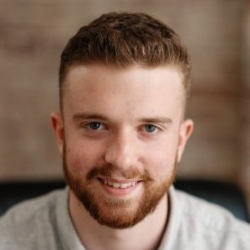 said a few simple words that made a big impact on me: "We'll be thinking of you. Take as much time as you need."

I didn't expect those words to mean so much. Growing up, I remember how difficult it was for family members to get days off work. It was a big deal, took away from vacation time later in the year, and even took away pay if a certain amount of days had already been taken.

"Take as much time as you need" gave me an immense sense of relief. It reminded me that I wasn't part of the traditional work culture I'd seen and experienced as I was growing up. I was part of something new, and better. This gave me the peace of mind to simply think about how to handle the situation, and it was far easier for me to make better decisions because I could shut down any thoughts about work.

Then, just this week, my colleague Harmonie Spalding:

wrote this to me in a Flow chat message:

"Cameron - I've got a serious question. Let me know when you get a minute."

When I responded, she said:

"Chocolate or vanilla?" with a string of emojis.

Having just completed a long and stressful drive, and with my birthday coming up in a few days, it was just the kind of light mood-lifter I needed to power through the day.

These were three micromoments that meant a ton, and they filled me with a spirit of wanting to pass the goodness of them forward. They reminded me that while culture is built and can change, it often does both through how micromoments spread.

There's a lot of talk about culture these days, and the discussions rightly cover everything from sweeping decisions to the fine details of written policy.

But it's important to keep this in mind:

Your team's culture is a living thing, and its pulse comes from the kind of micro-moves you can make right now.