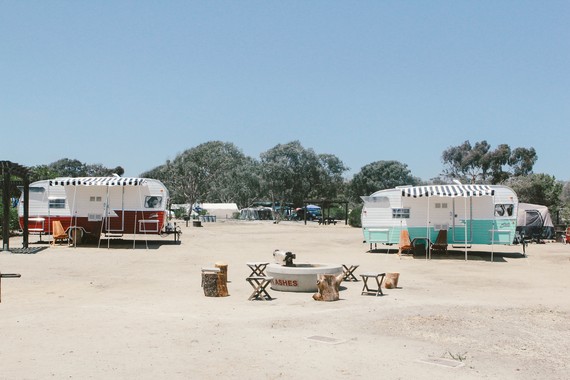 East Coast, West Coast, down South - one thing's certain across the great USofA: We know how to summer. From inventive state fair dishes and retro glamping retreats, to seafood fests and epic road trips that tour our nation's kitschiest treasures, here's how to make the most of the sunny season (like it's your patriotic duty).
By Chelsea Bengier, Siobhan Reid and Chelsea Stuart 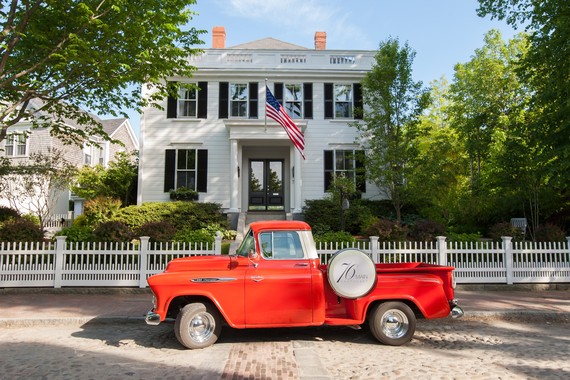 This summer, take 4th of July festivities to the next level with a patriotic getaway. Sag Harbor's 1847 landmark American Hotel has played host to some of the country's great homegrown literary talents like Willie Morris, Truman Capote and Wilfrid Sheed. Cozy up in the front porch and sip a glass of rosé while taking in the action on bustling Main Street. Less historic but equally as stylish is The Cottages at Cabot Cove, a impeccably-manicured property made up over sixteen quaint abodes in Kennebunkport, Maine. Guestrooms feel like a J.Crew ad come to life thanks to bright colors, nautical-themed knickknacks and clean-lined furnishings. All-American activities include croquet games on the hotel's great lawn and kayak tours of the nearby bay. Further down the coastline, Nantucket's 76 Main instantly enchants with its interiors that blend WASP-chic and posh. If you book the Vineyard Vines Suite, you're in for a whole lotta preppy. 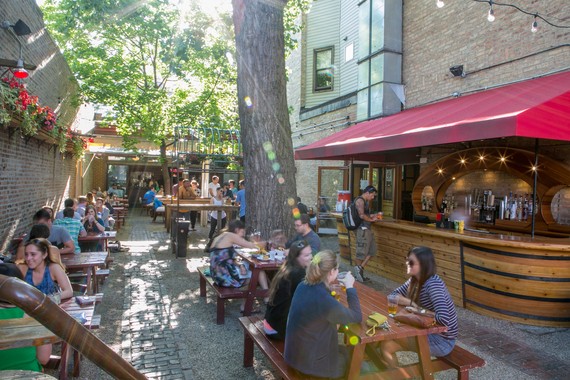 Let's get one thing straight: Americans love their beer (just ask Budweiser), and in the summer, beer gardens are hopping. Take Astoria's Bohemian Hall, where New Yorkers pack the picnic tables in the massive backyard for live music, Czech beer and a Slavic menu of sauerkraut, schnitzel and potato pierogies. In LA, the Bavarian Wurstküche bar is popular for beers and brats by the beach (Venice Beach, that is). Choose from 24 imported brews on tap - try a potent pint of La Trappe, a Dutch variety made by Trappist monks - as well as exotic menu items like rattlesnake or crocodile sausage with Belgian fries. For one of the most robust selections of ales and IPAs, Sheffield's in Chicago has more than 130 craft brews. 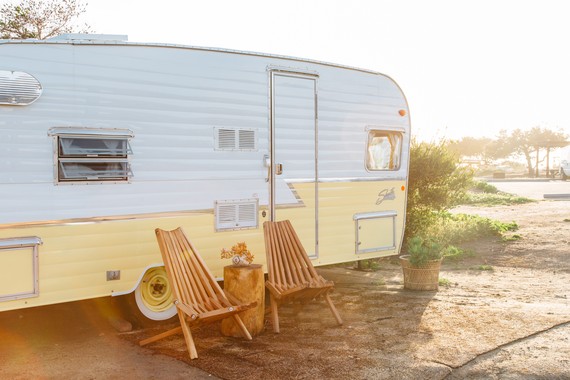 Despite the fact that Americans are widely perceived as rough and rowdy, we do have our fair share of delicate countrymen - or those more predisposed to glamping than camping, so to say. For a retreat that semi-embraces the grit of the great outdoors (if you could even go that far), take to Homestead Modern No. 1, where tricked-out vintage trailers and fully-furnished casitas dot the sands of the Mojave Desert's Hollywood-built Pioneertown. If your inclinations lean more towards yurts (certainly those people exist, right?) the Resort at Paws Up, in Greenough, Montana is your go-to. Their 'American Safari' experience includes basic* accommodations like chandeliers, copper soaking tubs, and his-and-her vanities. If a beachy vibe is what you're after, The Holidays camp community on San Clemente's state beach is where you'll find it. Sit back in a sleek 60's-style camper - decked out with nostalgia-inducing mod touches - and unwind as gentle sea breezes collide with surrounding coastal cliffs. 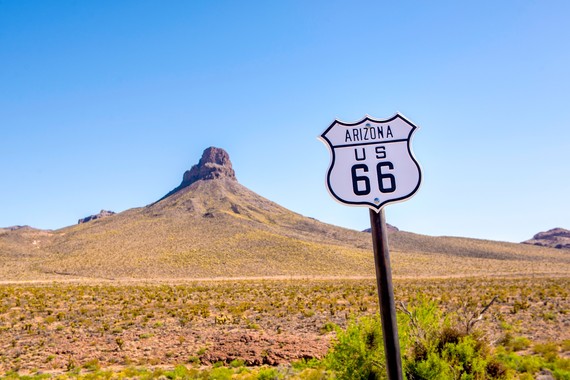 There's no better time than summer to hit the open road. And while we're all for pulling out a map and blindly putting your finger on a spot, there are a few epic journeys that stand out from the rest. Route 66, or the Mother Road, is indisputably the great American road trip, and has roadside attractions (think: drive-ins, retro diners and small town mom-and-pop-style storefronts) that are worth the two-week journey alone. If panoramic coastal views and a cliff-hugging highway are more your speed, nothing offers more wind-in-your-hair exhilaration than cruising down California's Pacific Coast Highway - a 123-mile span that begins in historic Monterey, winds through Carmel and Big Sur and ends in Morro Bay. Don't miss the iconic Bixby Bridge, Pebble Beach's Lone Cypress (the most photographed tree in North America) and the landmark Hearst Castle. On the other side of the country, The Blue Ridge Parkway lacks ocean views, but it is regarded as "America's favorite drive." The highway's glorious, ribbon-like road connects the Great Smoky Mountains in North Carolina to the Shenandoah National Park in Virginia. Pack your camping boots, because the trails are not to be missed! 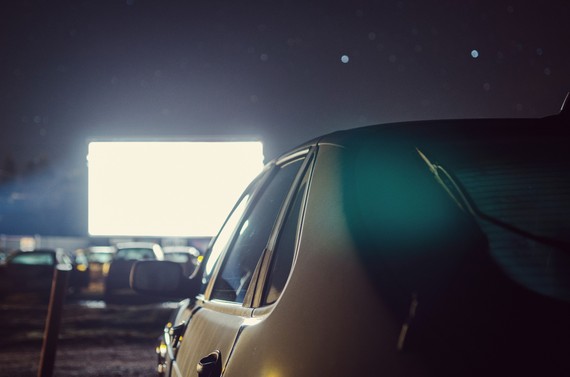 Call us old-fashioned, but we love a retro drive-in. And while many aren't around anymore, there are still a few gems to be found. Fort Worth's Coyote Drive-In is known for its live country bands, microbrews and southern eats (Frito pie, anyone?), while Connecticut's Mansfield Drive-In is a vintage flea market by day and cinema by night. For the ultimate throwback, head to Stars and Stripes in Lubbock, Texas, where a 1950s-style soda parlor makes homemade milkshakes to go (take that, burnt popcorn!). 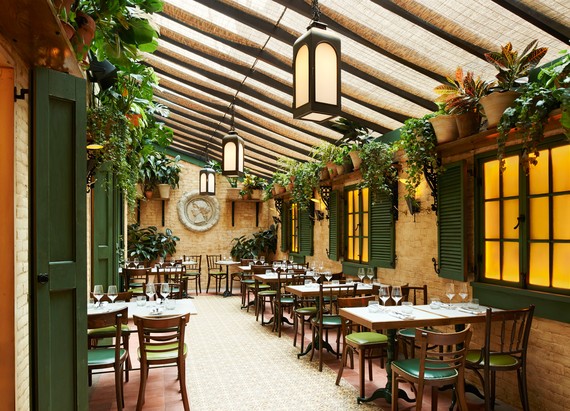 Ask anyone to name a few favorite American pastimes and drinking will probably top their list (think about it...not even prohibition could stop us). Summer-y Mint Julep varieties like pineapple and cranberry champagne hit the outdoor deck at Phoenix newcomer, Okra; unique renditions of Long Island Iced Teas are in great demand at Greenwich Village's Marlton Hotel cocktail bar; and with a healthy dose of bourbon (as American as a cocktail can get), we head to Barrelhouse Flat in Chicago for the best Old-Fashioned.

Read the rest of the original story: Your Ultimate All-American Summer by Chelsea Bengier, Siobhan Reid and Chelsea Stuart on Jetsetter

11 Hats to Rock This Summer

How to Make the Perfect Summer Cocktail