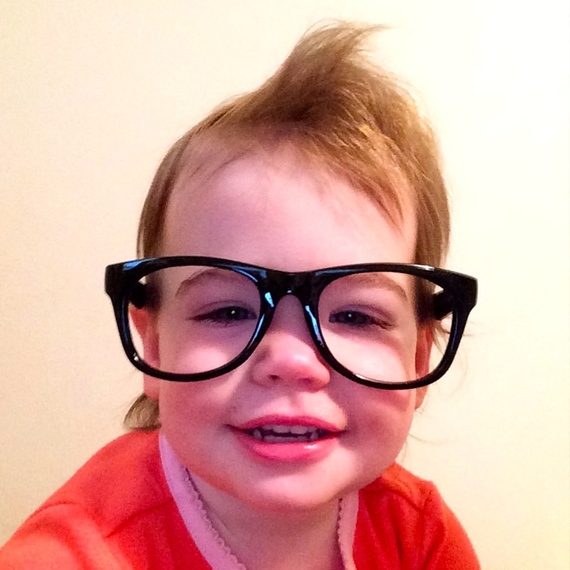 I had assigned myself the task of writing a post about what it is to be a "geek." It's obviously not the same as it was when I was in school, as geekhood no longer implies utter alienation from the mainstream, but being part of a kind of cultural elite, a kind of priesthood that knows the Most Holy Secrets of computers (once nerdy, now cool), comic books (same), science fiction. So am I a geek?

The easy answer is yes. I'm into a whole slew of traditionally-geeky things like Star Trek and Macs and Monty Python and the Hitchhikers Guide to the Galaxy. But while I check many of the geek boxes, I can't help but feel like the label still doesn't suit me. And not because I'm too "preppy" or conformist, but because I don't feel like I conform sufficiently to the geek's clique.

I like Star Trek and some superhero movies, but I never got into comic books. I like science fiction generally, but I've never gotten deeply into that genre of books. I love my Mac and my iThings almost more than my children, but I don't know anything about coding or software development, or even really how the damn things work.

And beyond some of the cultural (or pop-cultural) differences, there's a class barrier as well, at least that I perceive. Being a geek, or so it seems from the tech blogosphere, is getting expensive. You not only need to have expensive devices (which I barely manage), but clothes and glasses and bags and notebooks and pens and coffee-makers and spirits and cameras and sometimes even cars that meet a certain aesthetic, and cost more than they probably ought to. Do I not qualify as a geek if I can't see my way to purchasing $300 headphones or a $500 computer bag?

No one's told me I can't call myself a geek if I don't meet all these criteria, of course. But I do feel outside the circle when I can't match all these references, when I can't afford the right paraphernalia, when I can't speak the whole language, but just get by with a phrasebook (a moleskine phrasebook of course). It all makes me recall the old King Missle song that stirred me as a sophomore in high school, "It's Saturday," where John S. Hall says, with wide-eyed eagerness:

I want to be different, like everybody else I want to be like
I want to be just like all the different people
I have no further interest in being the same
Because I have seen difference all around
And now I know that that's what I want
I don't want to blend in and be indistinguishable
I want to be a part of the different crowd
And assert my individuality along with the others
Who are different like me

What I'm perceiving, I suppose, is really just a popular modern conception and generalization of geekhood. But if you broaden the definition to mean "someone who is passionate about niche subjects," then I still qualify. Not just on Star Trek and the more consumer-centric aspects of technology, but about things like media criticism, secularism, politics, acting, songwriting, and prose writing. I even still retain some geekiness around certain small policies around electoral reform! Allow me to go into detail about why you should be into instant runoff voting.

And I reserve the right to get geeky about things down the road. I'm rediscovering a love of drawing (dumb cartoony things), and I may yet delve into Dr. Who one day, which would make my dad happy. Other things, like guitar playing and theatre, I've gotten less geeky about as other things in my life have left little room for them.

But geekhood needs to be fluid, I'd say. Especially if we want it to refer to something other than the relatively small circle of technological elites on the west coast. I'd like to think of geekhood, then, not as a description of a group that's into a certain, prescribed set of things, but as the state of being deeply into one's own unique amalgam of interests. That hodgepodge of perhaps-unrelated passions is your geekiness. That's different.