At first, the signs were so subtle. They'd pop up sporadically as I urged my disaffected roommate to floss or WebMD'ed my winter flu and diagnosed tuberculosis. But suddenly, the truth hit me faster than that third glass of Manischewitz at the Coens' Sabbath dinner: I am officially turning into my Jewish mother. (And I can't fight it; that would break her heart!)

Wondering if you too can expect to become your crazy-fabulous and fabulously crazy Jewish mother? Here are some early signs that your beautiful transformation has begun.*

1. You constantly say things like, "It's fine, don't worry about me," and are shocked when people actually believe you.

Doesn't ANYBODY understand nuance these days?

2. When a friend doesn't text you back after a crazy night out, you usually assume he or she has died.

Why else would your friend ignore your five text messages and seven voicemails?! You'll spend the entire night debating whether or not to call the police. If you're feeling especially neurotic, you might Google local car crashes and/or shootings.

3. When it turns out your friend was just in a cocktail-induced snooze-a-thon, you will clutch your heart and say, "I was up all night worrying about you!!!!"

Some people are so self-centered.

4. You have to be honest: It breaks your heart that none of your friends have stable employment. 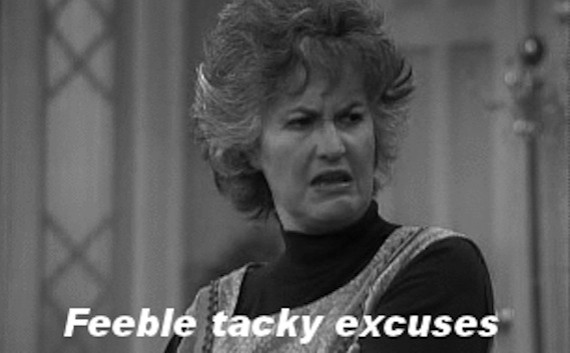 You're not mad, you're just disappointed. After all, that 401(k) isn't going to build itself.

5. You still won't go anywhere without a sweater.

And you're always worried that your friends aren't dressed warm enough. It's chilly out there. Do they want to get pneumonia and die?

6. Same goes for an umbrella.

If you go anywhere without an umbrella it WILL rain, Noah's ark-style, and you will get pneumonia. And die.

7. You worry less and less about being prim, proper and "well-behaved."

And you don't mind causing a scene in public. What, should you just live your whole life trying to please other people?

8. You still feel too guilty to ever fake sick.

You know it's just begging the universe to give you pinkeye or whooping cough or anything and everything in between. You'll still come into work, even with a lethal hangover.

9. But you assume any minor injury is potentially fatal.

You've had a lot of bruises lately... could it be scurvy?

10. You're convinced you're going to die in an obscure accident.

You spend a lot of energy trying to prevent that from happening. You won't walk near a construction crane, and you won't mow the lawn. Didn't you know people get killed every year by malfunctioning lawn mowers? You sure as hell aren't going to be one of them!

11. You're not afraid to throw shade, especially at inappropriately dressed teenagers.

You're not judging, per-se. You just wish they knew that boys only have one thing on their minds...

12. You have some class though: You only curse in Yiddish.

That way, most people won't know what you're saying. It's way more polite than letting everybody know what's really on your mind. Besides, it makes it easier to deal with the world's putzes.

Sorry, did somebody say something?

14. Your mother taught you well: You never go anywhere without a snack.

If you ever did, your blood pressure would dip after three hours. After four hours, you'd get dizzy. After five hours, you'd be passed out in the underwear aisle at J.C. Penney.

15. You also refuse to let any food go to waste.

Your ancestors didn't spend a gajillion years in the desert so you could throw away perfectly good kugel.

16. That's why, when you invite friends over for dinner, you pressure them to have seconds, doggy-bag the leftovers, or both.

They've looked too skinny lately, anyway. And Lord knows, they need the carbohydrates more than you do. And besides, you're not about to let them go to bed hungry on your watch.

17. You look out for your friends, forwarding them important articles about insurance scams, pesticides in fruit, rat poison in diet sodas and early-onset osteoporosis.

...even after they've begged you to stop. If anybody blames you for clogging their inbox, you just say, "You'll thank me one day."

18. You just can't help it: You have an overwhelming impulse to nurse your sick roommate back to health.

Even when your roommate gets tired of your overwhelming maternal instincts, you will not back down. They need you. They'll never get over their common cold without you. And they'd better use that emergency Neti Pot you bought.

19. You're upfront and honest about your emotions.

You embrace your negativity and preach your gospel.

Anybody who REALLY loves you will learn to read between the lines. Eventually.

21. You want to marry for love... but whoever you fall in love with better be Jewish.

Like, Jake Gyllenhaal. Or whoever. After all, you could only be with somebody who grew up in a family as crazy as your own.

22. And if your heart does somehow lead you into the arms of a goy, you know you're going to raise those kids Jewish.

You owe it to your mother!

23. You understand tradition, which is why you celebrate every single Jewish holiday.

Sometimes you forget which biblical story is behind which holiday, but you are committed to upholding the tradition... and eating as much challah possible in the process.

24. Your mother's recruited you to guilt your siblings into coming home for the holidays, and you've gotten really good at it.

Mom's outsourced some of the work to you. (Jewish mothers know how to spot their allies.) 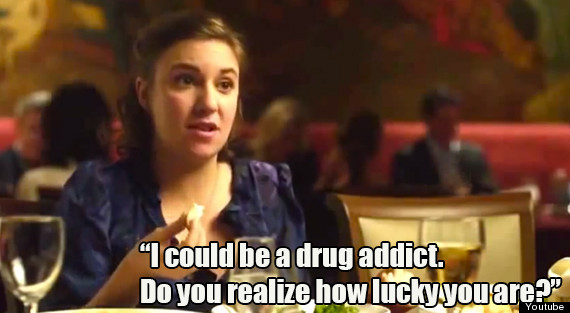 Suddenly, the tables have turned. She really just should be seeing her doctor more, and if she thinks power-walking is going to keep her healthy into her eighties, she is just NUTS. One day you're going to have kids and you'd really really appreciate it if she stuck around.

If these tell-tale signs sound familiar than congratulations; you have now completed your transformation into your Jewish mother! Personally, as a proud inheritor of the maternal-Judeo tradition, I wouldn't have it any other way.

Now, the question is: Are you ready to live up to the long, rich ancestry of neurotic, slightly passive-aggressive, but oh so-so loving mothers? (They're all counting on you!)

Also, call your mother; she's worried about you.

* We fully acknowledge that these "Jewish mother" stereotypes do not apply to every Jewish mother (and might actually apply to quite a few non-Jewish mothers, too).