Blood donation means an individual donating blood out of his own wish. Donating blood is the greatest self-fulfilling act. 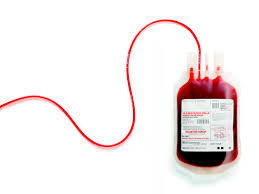 The essence of Blood Donation is to rescue another life that may have otherwise been compromised. The most natural question associated with blood donation can be summarized as: why? People, in search of self-satisfaction go on religious pilgrimages, but Blood Donation is one of the most pious acts due to the fact that it can directly save another human life and is readably accessible. There is no replacement for Blood Donation. It would be extraordinary if we could convey that the act of Donating Blood is one of the most principle forms of saving lives.

When Donating Blood, roughly 400-450 ml of blood is drawn. However in just 3 months all of that is replenished without complications. Therefore, Blood Donation is ideal for anyone above the age of 16. A 50kg man / woman can Donate Blood every 56 days.

The general misconception of blood donating is that it supposedly makes them weak; however, this is not true. During the process of donating blood, the donated blood is tested for a combination of diseases, such as hepatitis-B/C, HIV, Syphilis, VDRL, thus allowing one to remain alert in their own health.

An Austrian citizen Dr. Karl Lendsteiner discovered the blood groups A, B and O in 1900. In 1914, Belgian citizen Dr. Hasting discovered a way to keep the blood outside the body unclothed. The technology surrounding Blood Donating will continue to evolve, but it is important to remember that nothing can substitute the simple act of blood donation. There's an increasing number of people who donate along with the awareness raising programs.