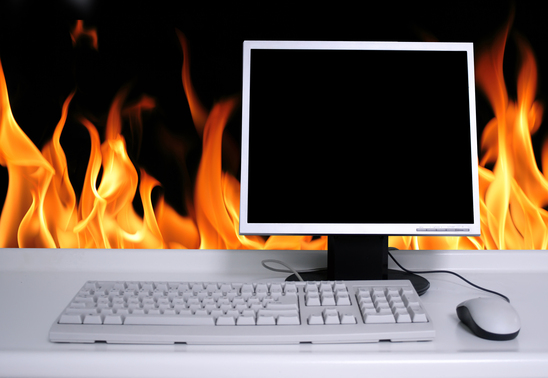 Which of the following are ethically acceptable ways to fire an employee?
A) Text
B) E-mail
C) On the phone
D) In person
E) Facebook
F) Twitter

If your answer included "B," you're in good company. According to an interview with Fortune, George Zimmer, former CEO of The Men's Wearhouse, was told via e-mail that his services would no longer be needed.

This isn't a rude way to let someone go. It's unethical. Here's why.

When Do No Harm Won't Do
There is no way to fire someone without hurting people. It hurts the person you're letting go, it hurts your relationship with him or her, and it hurts you. Even if in the long run everyone will be better off, the immediate result is at best unpleasant and at worst deeply frightening to the person getting the news.

Ending a relationship presents a challenge to the most fundamental ethical principle of all, Do No Harm. When it's impossible to avoid hurting someone, the next best ethical guideline is Minimize Unavoidable Harm. There are better and worse ways to fire an employee, and using electronic means is, in most situations, at the low end of the scale.

Remember the Sex and the City episode where Carrie Bradshaw's boyfriend broke up with her via sticky note? Firing someone with an e-mail isn't any better from an ethical point of view.

Do as George Clooney Does
In Jason Reitman's film Up in the Air (based Walter Kim's novel), George Clooney plays Ryan Bingham, a character whose job entails flying around the country to fire people face-to-face. [SPOILER ALERT!] Although the film ultimately reveals Bingham's life to be unrewarding, it powerfully illustrates how other means of letting people go -- videoconferencing, texting -- are much more demeaning than direct, personal encounters are.

I'm happily married now, but when I was single, I had plenty of dates that didn't work out. I'm embarrassed to admit that I sometimes let the person know that I wasn't interested by not returning her phone calls or e-mails or (even worse) implying that I wanted to go out again when I had no intention of doing so.

Why? It was easy. Who wants to experience the discomfort of hurting someone by being honest? But when a woman told me on our third date, "I'm sorry, Bruce, but I just don't feel a spark," I realized that a compassionate but direct response was infinitely better than the cowardly approaches too many people (including me) took. The news still hurt, but I felt respected.

Honor in the Workplace
How you let someone go reveals a lot about your character. When you have to be the bearer of bad news, it's more convenient to use e-mail, texts, or other electronic means. It's psychologically easier on you, too. But as I told CNN last week, it's dishonorable. Employees deserved to be treated with dignity, and as hard as it is to have a conversation in person, it's the ethically intelligent way to end a working relationship.

You may no longer feel a spark, just as The Men's Wearhouse board of directors didn't with respect to their former boss, but there are better and worse ways of getting that point across. Why not do take the honorable path, rather than the easy one?

Thank you for reading my blog. Sign up for my free weekly newsletter, get my DVD and books at a special rate, or book me to speak at your next event.