I've written several pieces exploring why the male characters in my novels tend to be misogynist A-holes. But I recently had an experience that made me realize I'm looking at the issue from the wrong perspective. 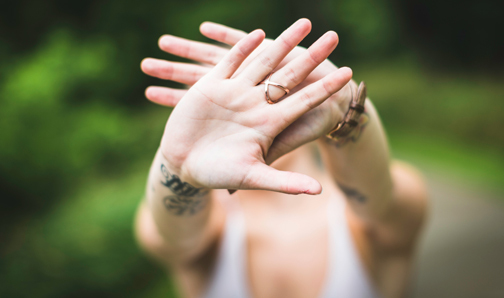 I was minding my own business, when three twenty-somethings sat beside me - two female and one male. It was clear they had just met and the "dude" ('cause that's what he was) was in full-flirt mode seeing which of the two he could most engage. He asked what they did and Female A said she was "an executive assistant." Then she paused and said, "Basically, I'm somebody's bitch." Female B chimed in and said she was "also someone's bitch." Female A, either in humorous or competitive mode, augmented her status by saying, "I'm an executive bitch," and Female B concurred saying, "I'm just a regular bitch."

In the parlance they seemed to prefer, I wanted to bitch-slap both of them right on the spot. The conversation saddened and disgusted me. The idea that my daughter, nieces, or female students would ever describe themselves as "somebody's bitch" made my skin scrawl. It was terrible on so many levels. The two women were recent graduates of a prominent New England university and just starting their careers. I teach at Boston College and I've seen firsthand how difficult it is for young people to land their first job. Those first jobs are usually nothing near what they had envisioned, but that's okay. Every job is a springboard for the next job with more responsibility and higher pay. Every job is honorable and every job provides an opportunity to learn and observe. The world is full of stories of C-level female executives who began their career as assistants, including Christiane Amanpour, Donna Karan, and Debbie Wasserman Schultz. I doubt any of them ever described themselves as "somebody's bitch."

Words are powerful, and the words we speak aloud define us. Referring to oneself as a "bitch" provides tacit permission for others to view you that way. There's an old adage that recommends you dress for the job you want. It's even more important that you think of yourself and conduct yourself in terms of the job you want. I remember hiring a young woman about ten years ago as my "assistant." When I offered her the position I said, "someday you're going to be running this place." Her intelligence, ambition, and work ethic emanated from her words, body language, poise, and self-confidence. She - and anyone who knew her - would never describe her as "somebody's bitch." She wasn't and would never be. Ten years later, her career is progressing on a steady upward arc and the sky remains the limit.

I worry, however, about the career path of these two young women. I worry about their self-perception, the choices they will make in life and love, and their ability to recognize and achieve their full potential.

I've long considered myself a feminist. I read and absorbed Gloria Steinem and Germaine Greer back in my twenties. My two best bosses ever were both women. I always believed women could do anything men could do, but I've more recently come to the conclusion that women can do many - if not most - things better than men. That's why I am so adamant and vocal with my female students to speak up for themselves and not be shy or hesitant to trumpet their skills and accomplishments.

That's also why my novels feature strong female characters who put their male counterparts to shame. Those male characters may indeed be misogynist A-holes, but their failings are amplified in comparison to the smart and capable women they interact with. Their failings are also purposely exaggerated so male readers notice. Us males tend towards the Neanderthal and often have to be hit over the head with an insight before truly taking it in. And there's nothing I like better than hitting Neanderthals over the head.