"There's a rapper, I've forgotten his name, he just did a video recently and on the call sheet for auditions, he literally stated "no dark-skinned women need apply." Isn't that something?" -- Bill Duke, "Bill Duke airs dirty laundry of skin prejudice in Dark Girls"

"Here was an ugly little girl asking for beauty. A surge of love and understanding swept through him, but was quickly replaced by anger. Anger that he was powerless to help her. Of all the wishes people had brought him -- money, love, revenge -- this seemed to him the most poignant and the one most deserving of fulfillment. A little black girl who wanted to rise up out of the pit of her blackness and see the world with blue eyes." -- Toni Morrison, The Bluest Eye 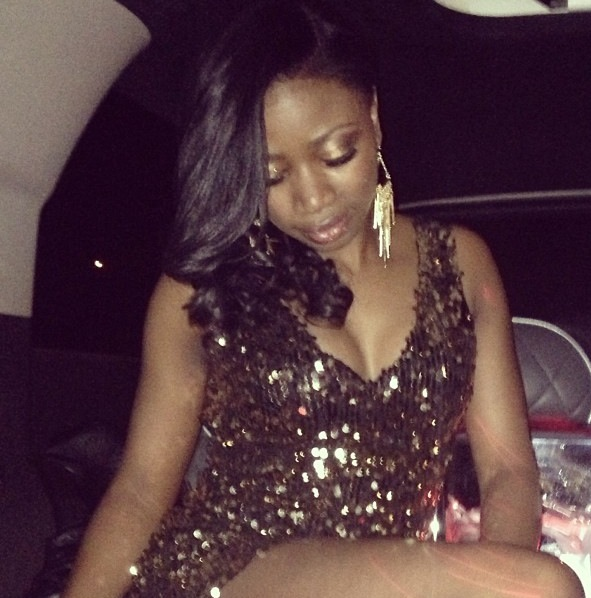 During a recent dinner with two older black women, the subject of colorism found its way into our conversation, amongst chatter of romance, interracial dating, and graduate school. We openly and casually discussed the difficulties that many darker-skinned black women have finding partners as a result of skin tone hierarchies that continue to inflict "the black community." I learned that dark-skinned black women, to this day, are still considered less "marriageable" on account of our browner hues, and as a result, we (dark-skinned black women) are less likely to marry and if married, we tend to have spouses of relatively lower socioeconomic status compared with our light-skinned counterparts.

Upon hearing this, I unconsciously harkened back to my freshman year in college when this mahogany-toned "brother" brazenly informed me that he could never date me because I was "too dark," but he would like to have sex with me. As if his desire to fuck me could possibly compensate for his intra-racial bigotry.

In that moment, I felt like Pecola Breedlove from Toni Morrison's The Bluest Eye, not actually desiring new eyes, but a new reality. If only I could say that I had never heard such a thing before, that his remarks were few and far between, or that the young man was joking and quickly apologized after realizing his comments were anything but amusing. Unfortunately, I cannot.

I learned at a young age that hatred comes in many shades, even some that resemble your own. Like many dark-skinned women of color, I have sadly grown accustomed to phrases like "you're pretty for a dark-skinned girl," rap lyrics exalting "red bones," and an overall society that privileges light-skinned African Americans -- from the media and corporate offices to the criminal justice system and elective office. It is no coincidence that President Barack Obama and the majority of other black elected political elites, as well as most top-selling black female musicians (i.e., Beyoncé, Rihanna, Nicki Minaj, Alicia Keys, and Mariah Carey) and women featured in music videos are fair-skinned, most with ability to pass a "brown paper bag test."

Often referred to as colorism, or skin tone stratification, this system of discrimination that privileges light skin, Anglo features, and "good hair," is a remnant of slavery, embedded in America's consciousness since the antebellum period. As black social scientist E. Franklin Frazier notes, in a controversial study of the black bourgeoisie in the 1950s, mulattoes (blacks with white ancestry, often referred to as "biracial" today) have lived a privileged existence when compared with their "pure black" counterparts since chattel slavery. Fair-skinned blacks, or "house Negroes," were often given additional privileges, such as working indoors and, at times, the opportunity to learn to read and to be emancipated by their white fathers, whereas dark-skinned slaves, or "field Negroes," often worked in the fields and had more physically demanding tasks.

The internalization of this "field Negro/house Negro" mentality and valorization of light skin tones continues to systematically affect the lives of African Americans and greater society in both overt and covert ways. While all African Americans are subject to certain kinds of discrimination and second-class citizenship, the intensity, frequency, and outcomes of this discrimination vary drastically by skin tone, and there are far greater "benefits" that come with lighter skin. Research shows that skin-color hierarchies operate in schools (some teachers respond more positively to light-skinned students and parents), dating and marriage markets (light-skinned black women are more likely to marry spouses with higher levels of education, occupational prestige, or income than their darker-skinned counterparts), the labor market (lighter-skinned blacks are more likely to be hired for jobs than darker-skinned blacks with same qualifications), and the criminal justice system (darker-skinned blacks have more punitive relationships with the criminal justice system compared with their lighter counterparts). As a result, light-skinned African Americans continue to earn more money, complete more years of schooling, marry "higher-status" people, live in better neighborhoods, and serve shorter jail sentences than dark-skinned African Americans.

It pains me to read this data and to know that skin color continues to have the ability to play such as substantial role in shaping our lives. To know that there are little black girls and boys and black men and women who don't feel beautiful because of the color of their skin and that skin-bleaching products constitute a multibillion-dollar industry. That light-skinned black women have their blackness questioned because they are "too light," while dark-skinned black women are chastised for being "too dark." It also angers me that so many African Americans have internalized these racist attitudes and turned them into self-hatred (just listen to almost any song by rapper Lil Wayne). That my own people continue to help maintain white supremacy by rewarding those closest to whiteness and punishing those who stray too far from Eurocentric ideals of beauty. That black men are still much more likely to prefer lighter-skinned black women as their mates. And that I have too often, like many other black women, felt the need to relax my hair and wear long, straight hair extensions thinking that I had to compensate for my short, kinky hair. In the words of author Lisa Jones: "Everything I know about American history I learned from looking at black people's hair. It's the perfect metaphor for the African experiment here: ... the toll of slavery and the costs of remaining. It's all in the hair."

I opened with a quote from Toni Morrison first novel, The Bluest Eye. Morrison also writes:

"It was their contempt for their own blackness that gave the first insult its teeth. They seemed to have taken all of their smoothly cultivated ignorance, their exquisitely learned self-hatred, their elaborately designed hopelessness and sucked it all up into a fiery cone of scorn that had burned for ages in the hollows of their minds -- cooled -- and spilled over lips of outrage, consuming whatever was in its path."

Colorism, whether we want to talk about it or not, is a serious problem in "the black community" -- with both ideological and material consequences -- that deserves much more discussion and dismantling. "I have begun more and more to conclude that colorism is the most unacknowledged and unaddressed mental-health crisis in communities of color around the world," author Marita Golden writes in a 2012 essay for The Washington Post. "We speak of the color complex as a problem, as an issue, but it's negative emotional impact on people of all hues is so serious that it needs to be called what it is -- a disease."

The more attention we bring to this (in)visible system of prejudice and oppression based on the belief that "white is right" and "if you're black, get back," the greater our chances of repairing America's larger "racial project" and promoting a society that can appreciate the beauty and ability of all people, regardless of skin tone. Until then, little black girls will continue to prefer white dolls, "the black community" will remain divided and conquered, and America will continue to capitalize on the insecurities and colonization of African Americans.