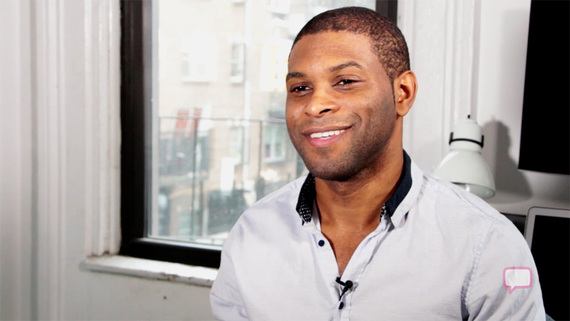 Nelson Moses Lassiter was excited about coming to terms with his sexuality. He imagined that, upon venturing out into the gay scene, he'd encounter a world more accepting than the one he was used to. What he discovered was not unlike the one he came from, though. He recalls what happened after hitting it off with a guy at a bar:

I was like, "Oh, would you want to grab a drink sometime?"

And he's like, "You're really, really sweet, you're really nice, but I don't date black guys." And he's just like, "Well, you know, they're just not my type."

And I'm like, "Well, what does that mean? You just don't like me because I'm black? That's weird."

It wasn't long after that experience that Nelson encountered more racism, this time from a black friend:

He was actually rather upset at the fact that I was dating a white guy. We were hanging out, and I was telling him about this guy, and he was just like, "Why are you dating white people? You know that they don't like us."

And I was like, "What do you mean 'They don't like us'? Because I'm dating someone who likes me a lot. So what are you getting at?"

And he goes, "What? You think you're too good for your own race?"

Hear what Nelson has to say about racism in the LGBTQ community in the video below.