When Gov. Brown imposed an executive order to cut back water use amid a fourth year of drought in California, it raised a lot of questions.

The biggest question from California’s skeptical residents being: Who’s to blame for the state’s water issues?

Well, today, I feel I should come clean and admit I’m to blame for our parched predicament, having three smelly kids under the age of 9 who need to bathe, a lot.

So is my neighbor, who runs his busted sprinkler system until water floods the gutter at 3 a.m.

The golf course attendant at the local links, who runs irrigation sets longer than he should to ensure the greens are just that and so he still has a job this summer.

The folks in my hometown, who think it’s a good idea to pump groundwater (perfectly good for drinking I might add) to fill a disappearing lake ... only so it’ll fill up with algae, smell like rotten eggs and evaporate again in another month or two. 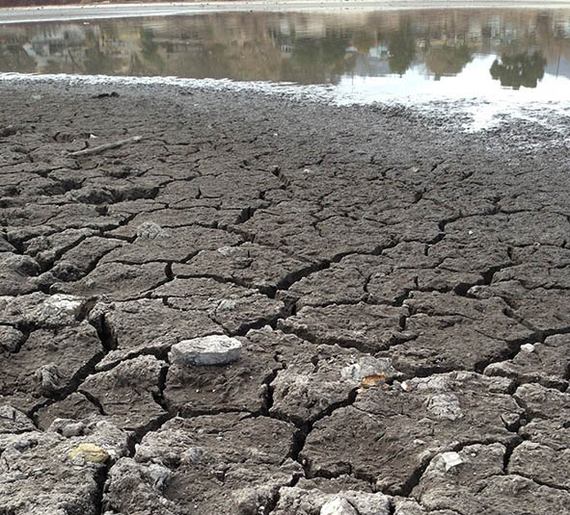 Atascadero Lake is evaporating as we speak. Photo by Brian Milne.

One of my favorite microbreweries, which uses about 8 gallons of water for every gallon of my favorite pale ale (also my fault for enjoying a good craft brew).

Oh, and the local farming community, of course, which has taken the brunt of the blame for California’s water blunders. Not to mention the immigrant workers in the field, the latest scapegoat for our water woes.

Apparently us Californians don’t think we should grow food any longer and raise awareness for the drought by fasting. Could be a good play, and, if anything, it would help keep California’s thin, Hollywood image intact. 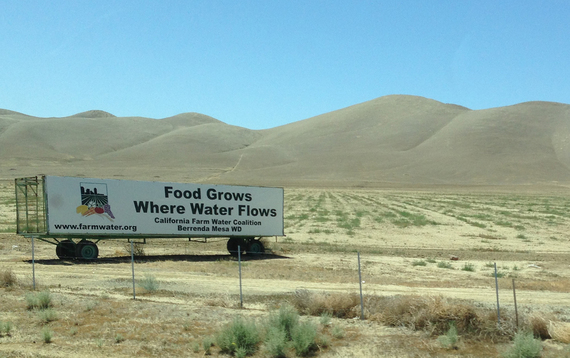 An estimated 6 to 7 percent of California's irrigated cropland will be lost in 2015 alone. Photo by Brian Milne.

The fact of the matter is we’re all to blame for California’s water situation: agriculture, consumers (including those outside California who overindulge on our produce and fine wines), businesses, golf courses and the State (think Caltrans, State Parks, good ol’ fashioned resource mismanagement). We can all cut back water consumption drastically with a few changes to our everyday habits, and by adopting new water-saving technologies.

But we’re just now thinking about it, four years into another drought when experts such as Dr. Juliet Christian-Smith, senior research associate with the Pacific Institute’s Water Program, warned we’d be in this mess years ago.

“It’s important to learn lessons from other experiences,” Christian-Smith said on the Citizen Reporter podcast back in 2009. “It wasn’t until the drought was well underway (in Australia) that on-farm conservation and efficiency practices really became the focus there. Unfortunately, that was too late for many. We really don’t want to see that in California. We need to take steps to avoid similar occurrences.”

Six years later we’re in the heat of the worst drought of our lifetime, with the summer months on the horizon and no rain or snowpack in sight. 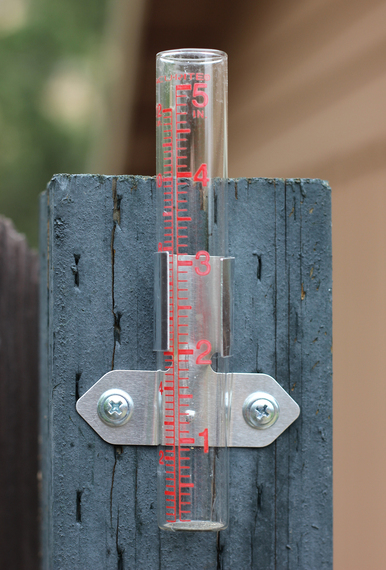 Which begs the question: We’ve made big strides in the energy crisis with a solar/renewable energy revolution, why can’t we do the same for the water crisis?

Well, truth of the matter is, we’re starting to, but we need to advocate sustainable water technologies, and continue doing more with less before we’re really out of luck.

Cutting back showers, replacing lawns with drought-resistant and greywater-fed landscapes is already happening, but we need more of it.

Being water conscious in business, and recycling and reusing industrial wastewater properly is no longer a fluffy PR campaign, it’s a survival technique.

Agriculture is a big user of water, but it has to be to continue growing food for the more than 9.6 billion people we’re expected to feed by 2050 - which means farmers will have to increase production by a daunting 70 percent.

Lost in the uproar over 25 percent cutbacks for residential water consumers is the fact that California agriculture has already been decimated by water cuts at the district level ... one, two, three years ago, and growers now have less water to work with in most cases.

According to Tuesday’s Preliminary Analysis: 2015 Drought Economic Impact Study by the UC Davis Center for Watershed Sciences, growers will receive about 2.7 million acre-feet less surface water (33 percent loss of water supply on average) in 2015. That adds up to an estimated $2.7 billion in losses for the California economy, not to mention 18,600 lost jobs this year.

Anyone who’s ever farmed knows the last thing farmers want to do is abuse the water and the land they’ve been growing on for generations, let alone pick up another line of work.

That’s why we need more programs and incentives to encourage the adoption of precision irrigation tools and technologies that help correct those management issues in agriculture, industry, government and in our own homes.

But for those programs to work, we all need to get past the denial/anger/bargaining/depression stages and accept conservation and sustainable water practices -- not distance ourselves from one water user or another.

With peaks in population, food production, environmental impact and extreme climate in our future, we all have to embrace sustainable water solutions now.

Because if we don’t conserve water today, we’ll have nobody left to point the finger at tomorrow.