In her HuffPost blog post "The Assumption of Heterosexuality When You're a Feminine Lesbian," femme blogger Megan Evans mentions that gay men often tell her that she is "too pretty to be gay." Megan's experience resonates with me because some people find it necessary to "educate" me about how, in their expert opinion, my sexual orientation is not congruent with my physical appearance. I have also been told that I'm "too pretty to be a lesbian" and other versions of that assertion, such as, "But you're pretty; you shouldn't have a hard time finding a boyfriend," or, "You don't look gay." Most people who spew such nonsense expect me to delight in their backhanded praise and are surprised when I inform them that telling someone that she is too pretty to be a lesbian is actually not a compliment. Believing that there is a point on some arbitrary scale at which a woman is too attractive to be gay is based on the assumption that heterosexual women are inherently better-looking, and that's just plain homophobic.

To be clear, I am not writing this piece to toot my own horn. This is not one of those tortured-pretty-girl, Samantha Brick-type posts. I do not think that some peoples' beliefs that I am too pretty to be gay are based on how "beautiful" I am according to some superficial measure of what is deemed aesthetically pleasing by the dominant culture. In fact, as a biracial woman, society is constantly bombarding me with messages that my hair, lips, and thighs are not as desirable as Pam Anderson types with lighter skin; straight, blonde hair; and an unattainable figure. Rather, I believe that people are often confused by my femininity, because the prevailing stereotype is that lesbians are simply not feminine. Just think back to last year, when Florida's former Lt. Gov. Jennifer Carroll stated, in response to claims that she was involved in a lesbian affair, "Black women that look like me don't engage in relationships like that." The lack of femme visibility, as Evans documents in her blog post, as well as homophobia, misogyny, gender norms, and heteronormativity contribute to this stereotype. When feminine lesbians challenge existing stereotypes that all lesbians are masculine, it short-circuits peoples' brains.

But let's look at one of the roots of this stereotype a bit more. In 2008 CoverGirl cosmetics signed Ellen DeGeneres as one of their spokesmodels. While CoverGirl considers DeGeneres to be attractive enough to represent their brand and join the ranks of other famous CoverGirls like Sofia Vergara, Rihanna, and Christie Brinkley, people often say that DeGeneres "looks gay," and that her more feminine wife, Portia de Rossi, is "too pretty to be a lesbian." So why is it that some people believe that DeGeneres looks like a lesbian, but her wife does not fit the mold? Why would some people think that DeGeneres is "attractive enough" to be a CoverGirl but still consider her beauty substandard enough to clearly mark her as gay?

I would argue that the answer is found in Ellen's short hair and masculine-inspired wardrobe. Society frowns upon female masculinity. If lesbians are believed to be more masculine than their heterosexual counterparts, and society views female masculinity as unattractive, then people might conclude that heterosexual women are better-looking.

On multiple occasions I have heard butch-identified women who are in butch/femme relationships state that people often think of their femme partners as the more attractive one in the couple. dapperQ, a fashion and empowerment website for the unconventionally masculine at which I am Managing Editor, continually receives emails from readers who are tired of being told that they would look better if they just wore a dress. And remember when that high school picture of a blonde, long-haired Rachel Maddow surfaced? The Internet was flooded with comments about how hot Maddow "used to be." The message: If you are a woman and cut off your hair and dress more masculine, then you look gayer and therefore less beautiful. What an awful message!

Nevertheless, there are plenty of people, including me, who find female masculinity beautiful. I actually prefer to date women who lean toward the androgynous side on the masculine-feminine spectrum. For example, my fiancée happens to sport more of a Rachel Maddow/Ellen DeGeneres look and does not wear dresses, heels, or makeup. I think she's gorgeous! And no, this does not mean that I should just be with a man if I find androgyny or masculinity attractive. (In a subsequent post, I will discuss how simply dressing masculine does not change your sex.)

Ultimately, female beauty is defined by what men find attractive and is offered for the male gaze, which marginalizes women and reduces us to body parts, as author Dan Pearce discusses in his piece "Worthless Women and the Men Who Make Them." Thus, when someone tells me something ridiculous like "but you're pretty; you shouldn't have a hard time finding a boyfriend" upon discovering that I am gay, they are essentially telling me that they believe that lesbians are too ugly to find a man. News flash: Women don't become lesbians because they cannot land a boyfriend. Furthermore, women, both feminine and masculine, are beautiful despite what men think of them. Standards of beauty rooted in misogyny are destructive not just to lesbians but to all women (and men).

'You're Too Pretty to Be Gay' Is Not a Compliment
Advancing Visibility: Women Breaking Stereotypes Of Lesbian And Queer Beauty 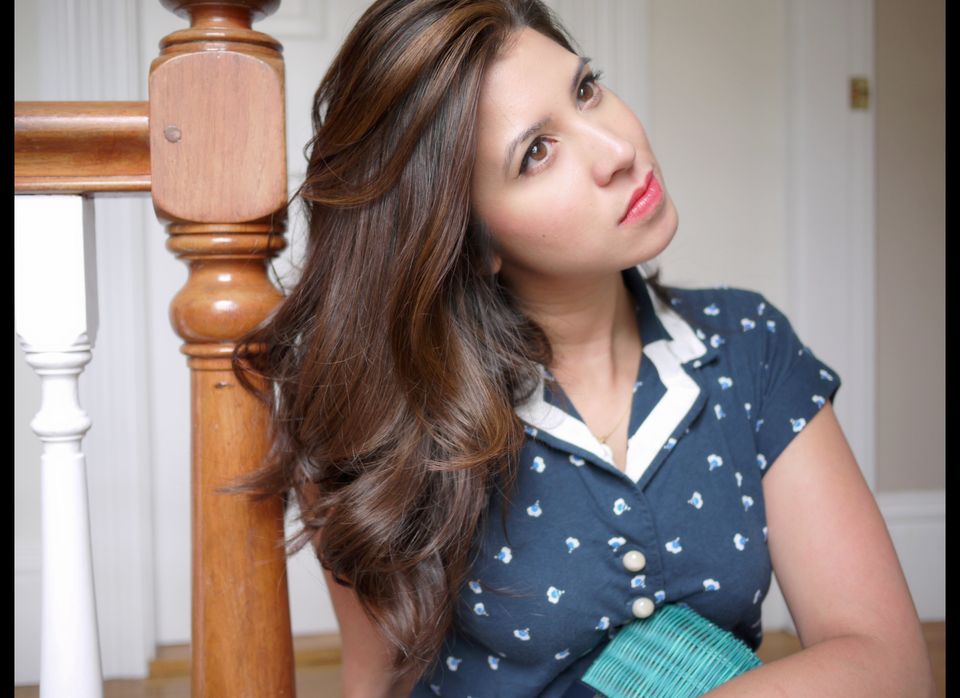