I was reading an article the other day about the problems some Republicans have with abandoning Trump, even though they label him a "jackass," "mentally unbalanced" and "unstable."

In the article, an unnamed fundraiser for Trump said he and his wife were watching an interview Trump gave with Fox News' Bill O'Reilly the previous week, which rendered him "practically dumbfounded."

Instead of answering any of the 15 softball questions O'Reilly threw him (about which the fundraiser said, "He should have hit out of the park") Trump sat there and stared, and denounced Ryan and McCain.

The fundraiser said, "I was watching with interest and my wife turned to me and said, 'I don't know if I could vote for him.' I said, 'You're voting for him!'"

It's difficult to articulate all the things that tore through my mind, but one of them was, I would knock my husband off his chair if he had said that to me. No, I'm not violent and I've never hit my husband; but if he talked to me like that, he'd find himself looking up at the ceiling.

Through the media and in social forum discussions, there has been much commentary on, "How can any woman vote for Trump?" followed by hints of "brainwashing," Stepford Wives" and even religious undertones (wives, submit to your husbands) in attempts to explain it.

But could or would a husband actually command his wife to vote for someone? Well, from this man's direct quote from his own mouth, it certainly seems so. For a feminist like me, a woman who has a happy marriage of 29 years based on mutual respect, it was a watershed moment in realizing that some women have not been the least bit influenced by the Women's Movement, then and now.

Many years ago, just as the Women's Movement was taking hold and Nixon was about to be re-elected, a woman who was a friend of my mother's told me that her husband told her who to vote for in every election. He would write the names down and say, "These are the only ones you vote for!" She would say, "Oh, yes, thank you dear. I will." Then she, an assistant professor, voted exactly as she wanted.

I was a teenager at the time, but I was already a budding--though undefined--feminist. I asked her why she didn't just tell him that she would vote for who she wanted, and she said, "It's just easier to let him think he's the boss."

My mother, on the other hand, was the boss of our household, and I had seen her straightforward, uncompromising and successful handling of situations that would normally be left to the man of the house. I knew she was the more capable of the two, and that my father would never dare to tell my mother what to do. So I was a bit disdainful of my mother's friend, and vowed that, like my mother, I would never be bossed around by a man, and I wouldn't pretend otherwise.

And as any man who has known me since the age of thirteen (when I had my first boyfriend) could tell you, I lived up to that vow with a vengeance.

In my book, He's Just A Man: Making the Most of Your Womanly Power, I emphasize standing your ground and refusing to be manipulated or cowed by a man's "suggestions." If and when a man ever suggested I should change anything about my core beliefs or lifestyle choices, my answer was and has always been, "If you don't like it, you know where the door is." And I meant it! I dubbed it "The Golden Door Rule." 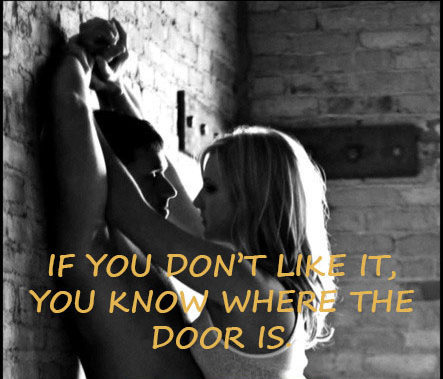 For me, it settled all arguments, and that was that.

So here I was, fuming about this man telling his wife how she would vote, when I saw an article on Nate Silver's fivethirtyeight.com that caused me come to grips with the fact that many Republican women who are voting for Trump are doing so of their own accord.

"Social media posts and conversations I've had on the trail indicate that any number of women are unfazed by Trump's talk. Maybe they already hold men in low esteem when it comes to this sort of thing. If that's the case, Trump is, if nothing else, simply living up to women's dismally low expectations."

It would seem that this particular sect of women has experienced a lifetime of disrespect, dismissal and/or verbal or physical abuse, which they consider the norm for men. Consequently, their expectations of men are dismally low.

Another sect has experienced respect, professional parity and healthy and loving relationships, and they have made it clear they expect a man to be his best self. Consequently, their expectations are vigorously high.

I've come to the conclusion, and it could certainly be skewed, that we are not only the sum total of our experiences, but the product of our interpretation of those experiences. These form the foundation of our beliefs.

So when I am tempted to shake a Trump-supporting woman until her teeth rattle, I have to remind myself that her ingrained beliefs are not going to be unseated by me or anyone else, no matter how we try to shake up her way of thinking. 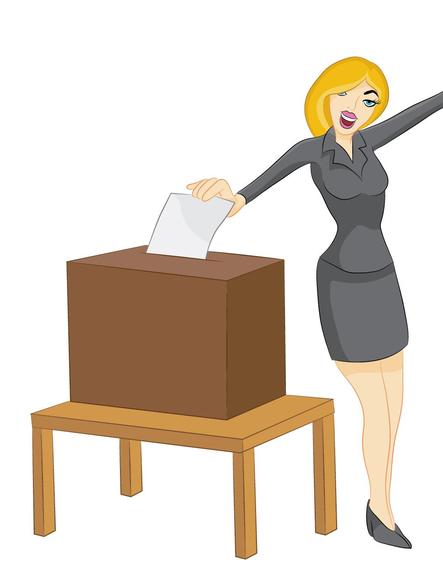 But if ever there were an opportunity for women, who are weary of being compliant, to assert themselves without repercussions, this is it. For every such woman, it is her time in the privacy of the voting booth, and her opportunity to tap into her tattered suffragette soul and declare, "I'm not voting for him!"