Mohab Dahab is a 25-year old graduate in accounting from Helwan University in Egypt. After finishing school, he set his sights on an exciting career in banking. However, he found himself unable to find a job because what he learned in university was not what he needed for employment. "They weren't trying to prepare us for the job market. It was as though they said, 'Now you graduated, congratulations, goodbye, I don't want to see you here again,' he said.

After great frustration and a feeling of helplessness, he found an innovative NGO called Education for Employment (EFE), a network of non-profits that create public-private partnerships to train youth. EFE provided skills training and job placement. Dahab eventually got a job as a corporate credit investigator at Qatar National Bank. It was a turning point for him.

Fortunately, he is one of the lucky ones. However, for every one success there are millions of youth like him who fall through the cracks. They are the unemployed and unprepared youth in the Middle East -- college educated -- or not. The numbers are striking: almost 28 percent of youth in the region are unemployed, according to the International Labor Organization. In addition, more than 50 percent of the Arab world is under 25 years old. Youth unemployment may be the biggest challenge facing the region, due to a demographic "youth bulge."

Surprisingly, a college education makes it harder to find work, as young people with more years of education are more likely to face a period of unemployment. "They want jobs that match up to their skill set, where it is hardest to find jobs," said Masood Ahmed, Director of the IMF's Middle East and Central Asia Department.

Experts link a lack of opportunity to instability and social unrest. "The cause of the Arab Spring was unemployment, combined with corruption and demands for good governance," said Ahmad Alhendawi, UN Special Envoy on Youth.

Put simply, youth are not reaching their potential. "They are angry and frustrated. In the era of twitter and blogs, they understand that they do not have the same opportunities as others. They feel cheated. But if we can get them into the labor market, they make smart and very good employees. They are hungry and motivated," said Ron Bruder, Founder and Chair of EFE. 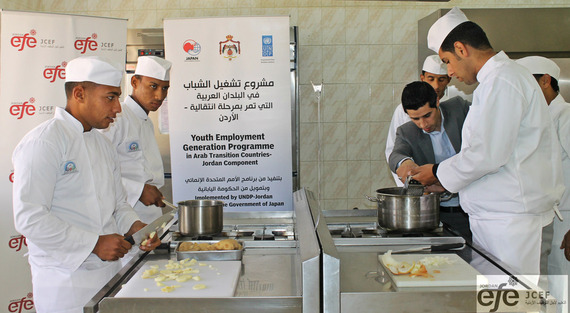 The majority of youth in the region face "waithood," a term often describing a confusing, prolonged adolescence, when the most productive years are spent at a standstill. This halts progress in other areas of development, in marriage and home buying. Youth feel helpless and dependent.

It doesn't have to be this way. Talented youth can infuse energy into the workforce, but they often don't have the correct training because the educational system has not kept up with the needs of the labor market. Millions of jobs remain unfilled due to a skills gap.

Women are also left out. Gender inequality seriously impacts the economy. In fact, the number of young unemployed women is at 46 percent, according to the IMF. Involving more young women in the workforce has a direct impact fiscally. Raising female employment to male levels could have a direct impact on GDP of 34 percent in Egypt and 12 percent in the United Arab Emirates, according to Booz and Co.

MIDEAST AT A CROSSROADS

Youth require better prospects. The task is daunting: The Arab world must create 80 million jobs by 2020, according to a report by PricewaterhouseCoopers. How can it be done? "Government is responsible for creating the conditions that encourage the employment of its citizens. Government can itself employ young people, but only so many. The private sector is also the essential employer in any civilized community," said Sheikh Nahayan, UAE Minister of Youth, Culture and Community Development.

The picture appears dire, but some argue there is unprecedented opportunity, especially in the digital sector. The Middle East is at a turning point, and there is a hopeful, underreported revolution taking root, said Christopher Schroeder, author of the book Startup Rising: The Entrepreneurial Revolution Remaking the Middle East. "The youth bulge is the most wired in their history. They are self-teaching, collaborating, and solving local problems and creating their own enterprises and jobs bottom up." 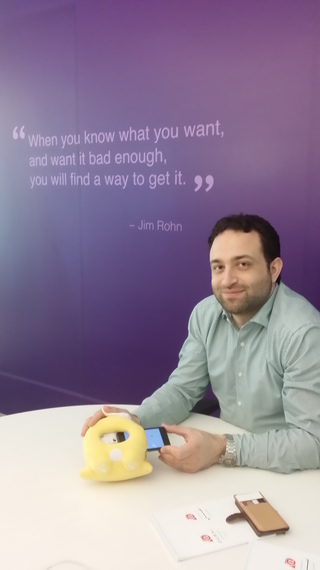 Youth compete where top-down institutions such as government and large traditional businesses cannot. Schroeder adds that, "The question of our times is what our worlds will look like in five years when over two thirds of humanity will have a smart device -- the same computing power all of NASA had to put a man on the moon -- in their pockets? What potential problem solving through innovation will happen at scale and bottom up regardless of what governments believe or do?"

The digital revolution has had a "tsunami effect" on the most basic way of life in the region, said Wael Fakharany, Google's Agency Lead for the Middle East and North Africa. "Today, everyone in MENA has the opportunity to express themselves creatively and share their work with the world," he said, adding that a young entrepreneur can develop cloud and mobile-based applications that can change the world and influence hundreds of millions of people.

IS ENTREPRENEURSHIP THE ANSWER?

The vision of entrepreneurship is not far off. CEO Sunil John of ASDA'A Burson-Marsteller, the public relations firm that recently published its 7th Arab Youth Survey with an accompanying white paper, said that youth are keen to start their own business. "There seems to be great optimism...Basically, how can governments talk more effectively to their constituents and how does youth play a role in this?" he said.

In terms of numbers, the report goes on to state: "When asked to comment on how concerned they are about unemployment, the majority (81 pecent) say they are "concerned". Regional governments, also concerned about unemployment rates, are encouraging more citizens to enter the private sector or establish their own businesses. The survey sees positive trends in this area. Nearly two in five (39 percent) young Arabs are looking to start a business within the next five years, with technology and retail being the most popular sectors."

Several accelerators and incubators in the region are nurturing an entreprenurial culture. UAE's Rekha Setpal, Head of Community Services for Dubai Internet City, is part of the management team of innovation hub in5, which enhances start-ups and the ecosystem, taking entrepreneurs from idea to commercial launch. A few of the companies that have bloomed under in5's infrastructure include: Adhub, Invibe, Taskspotting, Teachmenow, Votek, ana, and Getmymessage. Setpal said that one of the most important questions all of the start-ups must answer: "What is the pain point you are serving?" 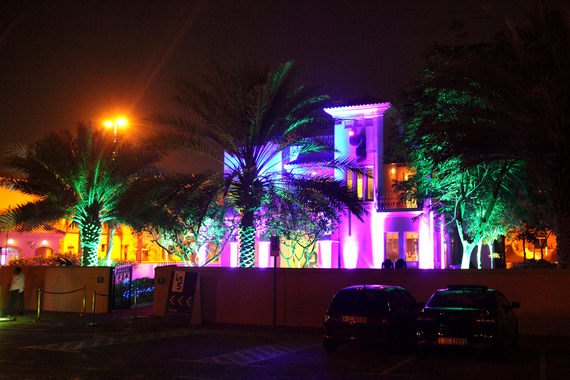 Sirine Fadoul, manager of the Tech Startups Incubation Center of the Dubai Silicon Oasis Authority, says these centers are contributing to the economy and jobs in the region. "Every incubation that we do and new start-up we accept, that is at least one life that is significantly changed. Three to five jobs are created by each incubation...If people come on board successfully, there will be more people employed than unemployed in the region," she said.

Mohammed Hamdy, the former Managing Director of Turn8, a start-up accelerator program in Dubai, noted the contribution that these programs make but said that closer effort was needed to unify innovation with private and public regulation.

Berytech, a Lebanon-based incubator and accelerator, provides venture funding, technical assistance, and physical office space for startups. One of Berytech's entrpreneurs who received venture funding is Elie Khoury, CEO of photo startup Dermandar. His company has created an app called DMD Panorama, which "stitches" together photographs into one big picture. It has had millions of downloads on the Apple Store. Not bad, at $1.99 a pop.

Berytech's mission is to nurture an entrepreneurial and digital class, said Executive Director Nicolas Rouhana. He has ambitious aspirations; "The goal is to stem brain drain, and in the next five years to continue growing, and build our venture fund."

Astute watchers are encouraged by the emergence of a tech sector in the mideast. "Government backed incubators and start-up programs, particularly in the UAE and Jordan, are a promising sign for the region's commitment towards diversifying its GDP. There is a real need to create opportunities for the Arab nationals across the region," said Hayden Mollard, Managing Director of the Dubai office of Newhaven Group, which advises start-ups.

IS ALL THIS ENOUGH?

The question remains whether these and other initiatives are enough to change the game and push the GDP of these countries upward, but leaders working on the issue are hopeful. "Youth are our future," said Sheikh Nahayan, adding that: "There is no choice but to take all necessary measures to engage youth and make them active participants in creating prosperity in their country."