Scrolling down to the comments section on YouTube is like wandering into the middle of a dodgeball game where everybody is aiming at everyone else's face and nobody ever wins. It is a frenetic, unceasing 500-million-car demolition derby, spattered with racism, homophobia, profanity, and incendiary genital-wagging, all submitted with a clear disregard for grammar, punctuation, capitalization, and spelling.

If one were to make the case that achieving universal literacy is a bad idea, one could start at worse places than YouTube comments.

All of this is a rather long way of saying that we, like many Internet users, generally dislike YouTube comments, which is why we're so excited about a new browser extension from developer Tanner Stokes that does the greatest thing possible with them: When active, the extension automatically replaces every word of every YouTube comment with the phrase "herp derp," or a long string of "herps" and "derps."

Once you've downloaded and activated the extension -- available here for Chrome, Firefox, Opera and Safari -- the process is automated so that you'll never have to read the asinine drivel of an actual YouTube commenter ever again.

For example, let's take a look at the comments beneath the latest Justin Bieber video. They are typically sophisticated and nuanced: 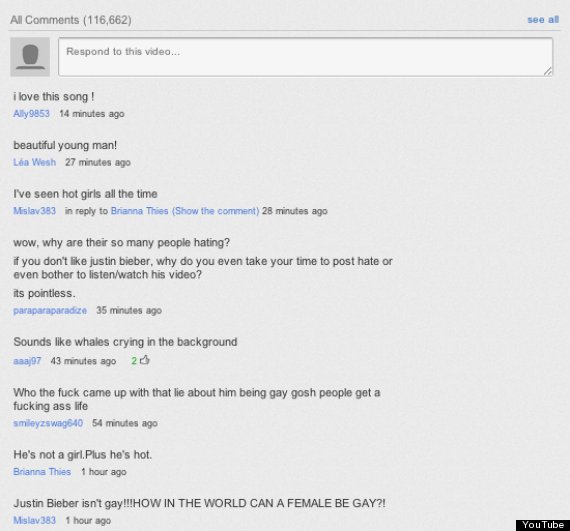 Now, let's turn on the "Herp Derp YouTube Comments" extension for Chrome and look at the same comments section: 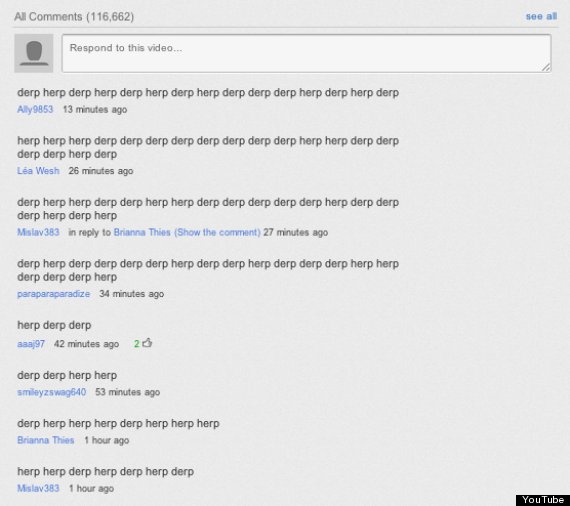 Voila! Needless to say, this represents a vast improvement in YouTube comment quality, sanitizing the site of all the bigotry and feces-slinging that typically accompanies each video. And if you do find a need to actually wade into the muck of the comments section, you can click on any comment to "un-herpderp" and show the original text: 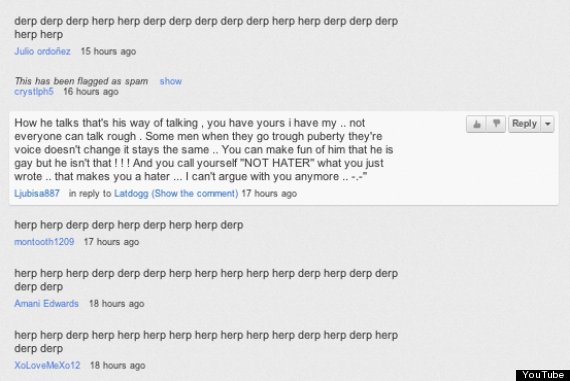 At the end of June, a Google exec revealed that YouTube was working on some sort of comment screening system to "tame its most loathsome members," in the words of Wired's Ryan Tate. That screen, however, apparently won't be ready for at least a few months; the "Herp Derp YouTube Comments" is available for download right now.

Get it now and read YouTube comments the way they were meant to be read: herpified, derpified, and free of the insane amounts of idiocy and hatred that normally typify them.