Stop trying to make Google+ happen. It's not going to happen.

Google's perpetual insistence upon shoving its social network down everyone's throats has finally reached a boiling point. YouTube co-founder Jawed Karim came out of the woodwork to post his first comment in eight years on the video-sharing site he helped create, bashing Google. In 2006, he and his two fellow co-founders sold YouTube to Google for $1.65 billion.

Karim is reacting specifically to Google's integration of YouTube comments with Google+, a change made on Thursday. You now must have a Google+ account in order to comment on a YouTube video. Google argues that the new system will streamline the commenting system and lower the high number of inflammatory and offensive comments on the site.

Reining in YouTube trolls, among the worst on the Internet, is a worthy goal. The problem is: A lot of people don't like Google+, and are mad that they are being forced to create Google+ accounts in order to participate on YouTube.

Cr1TiKaL isn't the only one taking the news poorly. YouTuber Snazzapplesweet also made a video called "Dear Google," which made its anti-Google+ message clear:

As the video so eloquently puts it: 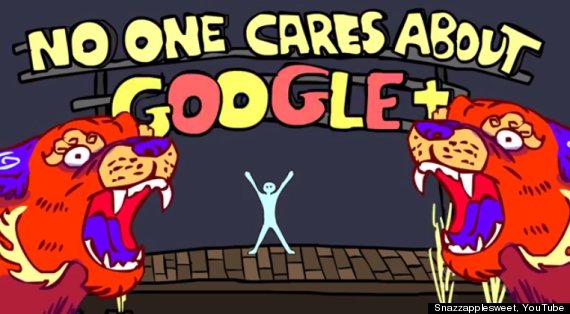