Z100 hosted its Jingle Ball 2012 Official Kick Off Party at Aéropostale Times Square in NYC yesterday (Oct. 19), revealing the 10 acts that will perform at this year's bash in December.

The radio station’s afternoon DJ, JJ, announced the star studded lineup for the annual holiday concert with special musical guest The Wanted, and The Huffington Post was there to take in all the action.

"Z100’s Jingle Ball has new surprises this year, there is a theme, sort of in my mind," Elvis Duran, from Elivis Duran and the Z100 Morning Show, told HuffPost. "It keeps getting more and more gargantuan, the thing keeps growing! It is the most difficult ticket in town to grab, so obviously we’re doing something right."

The Wanted, who performed a mini concert following the announcement, told HuffPost that they're pumped to be performing alongside fellow Brits, One Direction.

"There's no rivalry there," Max George told us, with Tom Parker adding, "They’re British and they're doing their thing and we're doing our thing and I think it's just great with the two British bands in the U.S."

As for what we can expect come show time, Duran reveals this year's Jingle Ball will be the best yet.

"We’ve got surprises this year, so you need to be in the house to see whats going on," he told HuffPost. "Believe me, if I had tickets I'd be on the street selling them down in Times Square ... I'd be a billionaire!" 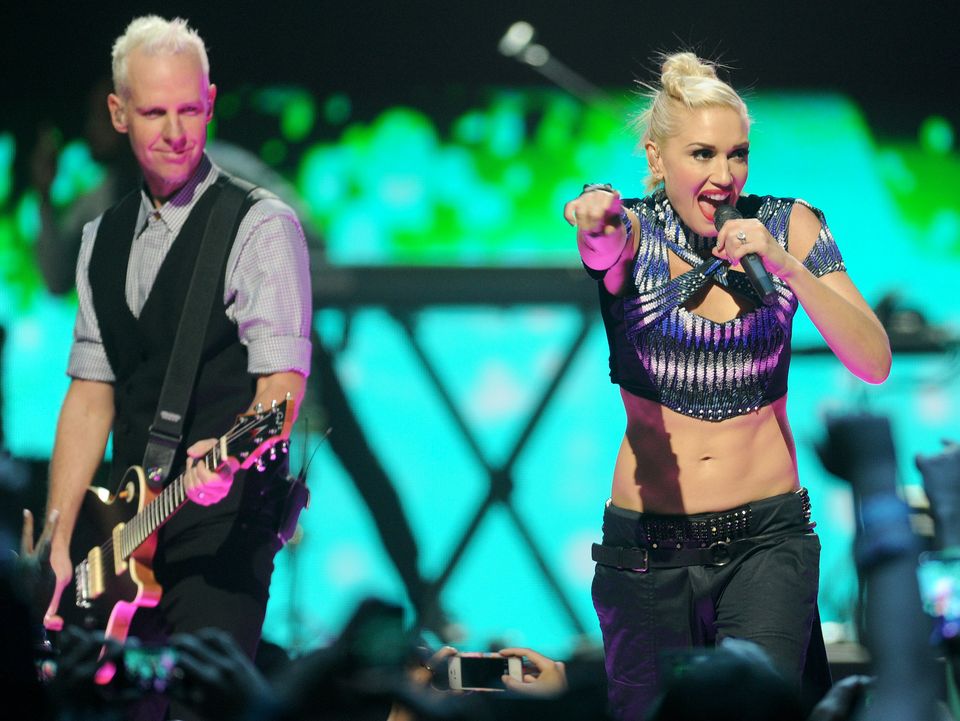 1 / 9
No Doubt
Gwen Stefani and Tom Dumont of No Doubt perform at the iHeart Radio Music Festival on Friday, Sept., 21, 2012 at the MGM Grand Arena in Las Vegas. (Photo by Eric Reed/Invision/AP)
AP