Zac Efron dropped a condom on the red carpet at the "Dr. Seuss' The Lorax" premiere last month, and the actor finally fessed up to the embarrassing mishap while on the "Today Show" Thursday.

After discussing the film and working with Taylor Swift, "Today" host Matt Lauer turned the interview over to the unfortunate incident, which was all caught on video.

"You want to take me through what happened?" Lauer asked Efron.

"I don't want to take you through it," he said, smiling.

Lauer went on, saying the actor dropped a certain something while removing items from his pocket in front of the waiting paparazzi.

"I did," Efron said, remembering the embarrassing moment with a laugh. "I never really had a pocket-checking policy prior to going on the red carpet before, but now we fully instated one."

Lauer told viewers it was, in fact, a condom the former "High School Musical" star dropped, before adding, "Better to be safe than sorry, right?"

"That's a great message to add to the many messages of the film," Efron said, before the conversation moved on to his own production company -- which Lauer pointed out was a bad pun following their condom conversation.

While the red carpet moment was surely embarrassing for Efron -- he even had to stifle a laugh from the photographers after the incident -- at least he's able to make light of it and have a laugh.

In case you missed it, check out of the video of Efron dropping a condom below: 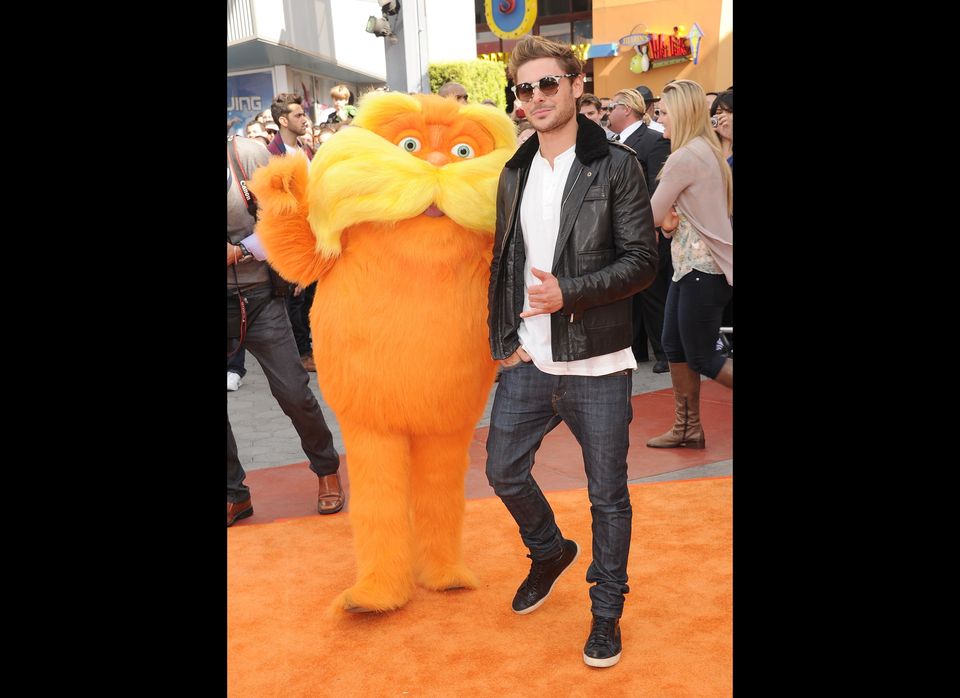