Zac Efron is a total charmer, from his good looks (we won't make you admit it, but you know the former Disney star is fine) to his superior bra-unhooking skills. He also is pretty adept in the style department, going head-to-head with dapper men such as Ryan Gosling.

And yet even seemingly perfect men have their slip-ups. Yesterday Zefron (as we've taken to calling him around here) touched down at LAX, returning from promoting his new movie "The Lucky One," wearing a shearling jean jacket. He also had on a flannel shirt, some slightly distressed jeans (yes, he was double-deniming), bold shades and his favorite style of beanie. But we couldn't get past the jacket, with its light wash and contrasting collar.

We've seen our fair share of bad jean jackets, Zefron, and we'd hate to throw you and your outerwear into that category. But we're having a hard time finding this fashion choice acceptable...

Luckily, we forgive you. As always. 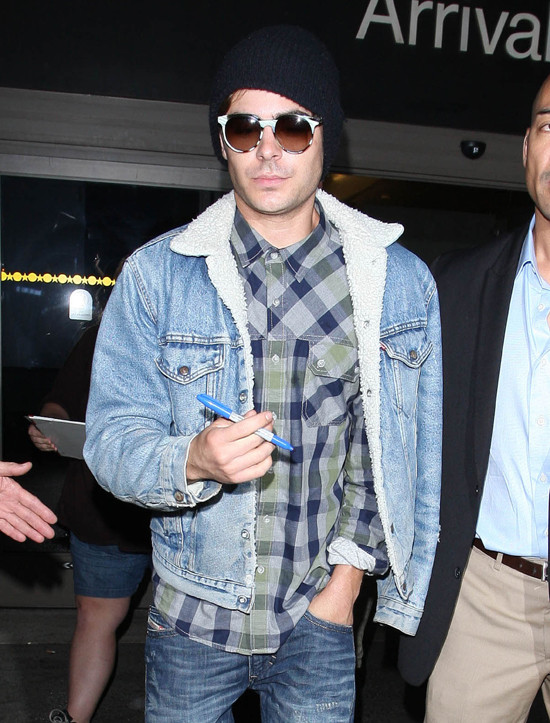